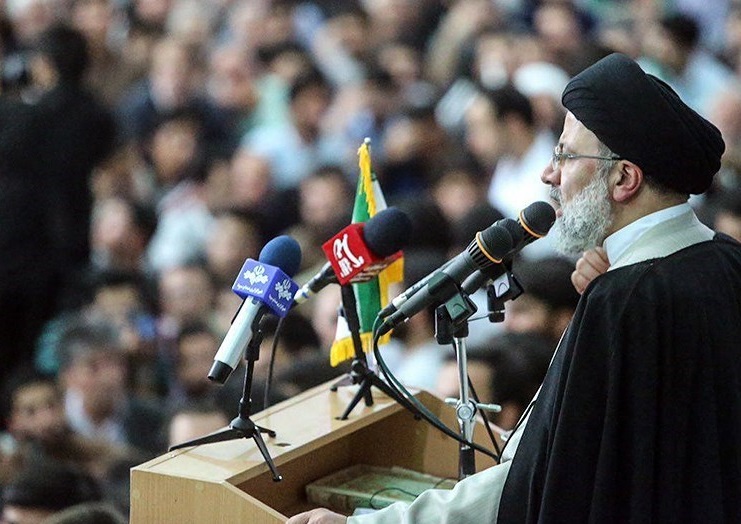 In a widely predicted and stage-managed election, Ebrahim Raisi was declared winner in the presidential elections held in Iran on 18 June 2021. The result is an outcome of a well-orchestrated plan put in effect through the ‘Guardian Council’, the constitutional body responsible for conducting these elections. The result, vindicating the desire of Supreme Leader, in effect also clears the way for him to further orchestrate a number of political steps in the coming years in Iran. While the peculiarity of Iran’s election process was well known, the brazen manner in which it was done has put the credibility of elected president in question.

There are two amazing things about this election that clearly stand out. One is systemic, on how a totally confusing, contradictory and overlapping system is embedded in Iran’s constitution which elects/nominates its highest constitutional bodies. Second is more specific to this election, on how blatantly the election process was reduced to a farce in order for Raisi to win this election.

The systemic issue first. Iran’s constitution vests the highest powers with the Supreme Leader. The Supreme leader is assisted/advised by several other constitutional bodies in executing various functions. A candidate fighting for President is cleared to fight the election by a ‘Guardian Council’. Who appoints the Guardian Council?

Coming to the current elections, it started off with 592 candidates registering for it including some real heavyweights. But the final list declared by the Guardian Council on 25th May (obviously cleared by the Supreme Leader) had only seven candidates approved to run for the elections. Most of the political heavyweights who could have given a tough fight or even split crucial votes were barred. Among those barred from standing included Ali Larijani, the former speaker of the parliament, Es’haq Jahangiri, the current vice-president, and Mahmoud Ahmadinejad, ex-president (2005 to 2013). Such was the shock and dismay at the list released that even Raisi, the candidate tipped to win the elections reportedly reached out to the Guardian Council for consultations to make the process more transparent and participative.

Amoli Larijani, younger brother of disqualified candidate Ali Larijani and himself a member of the Guardian Council, tweeted that he had never seen such an indefensible decision by the council as the list of qualified candidates. The outgoing president, Hassan Rouhani too questioned the list. “Minimal participation is not in anyone’s interest and the first losers as a result of minimal participation are the people and no political group will benefit from minimal participation,” Rouhani’s spokesman said. Even Hassan Khomeini, one of the grandsons of Iranian Revolution’s founder Ruhollah Khomeini criticized the Guardian Council’s high handedness and even advised the approved candidates to drop out of the race. And finally, the Supreme Leader, Ali Hosseini Khamenei, too in one his address admitted that there may have been some wrongdoings in the vetting process but stopped short of demanding a reversal.

To add to the absurdity of the process, three of the seven candidates dropped out of the race two days before the elections, including Saeed Jalili who was the former National Security Adviser and the Chief Nuclear Negotiator. And finally, on the election day, as feared, the voting was low and polling was extended by two hours in many places. The final tally of votes may still barely cross 50 percent. As the counting started on 19th June, it was evident quite early that Raisi was pulling ahead. Not surprisingly, very early in the day, all three remaining candidates conceded defeat to Raisi making the process even smoother for Raisi to be declared president.

Who is Ebrahim Raisi?

Ebrahim Raisi is known as a protégé of the Supreme Leader and tipped by many to take over as the Supreme Leader after Ali Hosseini Khamenei. He is the serving Chief Justice of Iran and was the runners-up in the 2017 presidential election losing to President Rouhani. He is a conservative cleric and is well known as the preferred choice of Iran’s hard-line establishment. He oversees Iran’s largest, multi-billion-dollar religious foundation. In 1988, as the public prosecutor of Tehran, Raisi was implicated in the execution of thousands of political prisoners. For this, he is under sanctions by the US government. During the elections, he has presented himself as the best person to fight corruption and solve Iran’s economic problems. “Our people’s grievances over shortcomings are real,” he said as he cast his vote in Tehran on 18th June. Interestingly, he wears a black turban and traces his lineage back to the Prophet Mohammed.

The elections are now over and as Ebrahim Raisi looks ahead to taking over presidency from President Rouhani, he faces multiple challenges. The first and foremost is the challenge of credibility. He will soon have to establish himself as a credible president in the eyes of Iranian people and the best way would be to address the challenge of reviving the economy of Iran, one of his main election promises.  Foreign policy challenges too are going to confront him from day one, primary among them is the nuclear deal. Although significant progress has been made on it after US and Iran re-joined ongoing talks in Vienna, but there is still a long way to go. How the US treats his status as the President despite being under sanctions for the mass killings is also another issue to settle.

Iran’s primary foe in the region, Israel too has got a new government after Netanyahu was ousted by an opposition alliance. How the two new dispensations confront the challenges, would be interesting. There are already quite a few questions on the recent Gaza conflict and how Iran silently benefitted from it. How Raisi takes his relationship forward with Hamas would be interesting too. There have also been reports of possible reconciliatory talks with Saudi Arabia in recent times and it would be again a challenge. Whether Raisi retains Javed Zarif as the foreign minister would also be an indication of how he wants Iran’s foreign policy to pan out.

The elections are now over and the grand plan put in place to ensure Raisi gets elected (after ending up as runners up in 2017) has succeeded. When he gets down to the business of governance in August, this episode of election process will soon be consigned to archives. What will then pan out is his presidency and whether he along with his hardliners support can finally get Iran into the mainstream of world trade and economy.

It needs to be recalled that President Rouhani was a moderate and it was in his time that the nuclear deal was signed. Still, he could not get Iran free of the sanctions. Raisi is known to be closer to the hardliners and has intimate understanding of how the Supreme Leader thinks. This new dispensation may not display the amount of patience and diplomacy which has been on display for last eight years. Yet, the goal for them remains the same; to get over with the sanctions, revive the economy and get Iran its rightful place on the global table.