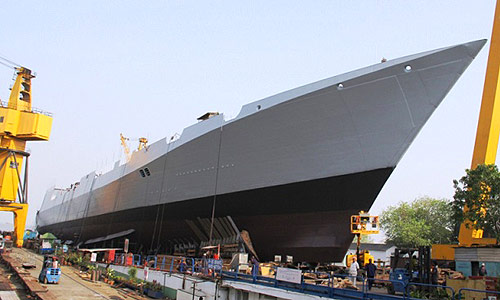 The Defence Public Sector Undertakings have not been able to satisfy its clients, the Indian Armed Forces, with its products. With policies that have neither found favour with our private sector nor led to a flow of FDI into the defence manufacturing sector, there was every reason for the government to bring in a more liberal policy for FDI that it has now promulgated. However, even the liberalised norms have failed to attract the quantum of investments from offshore that we had hoped for.

The author sites the examples of the telecom and automobile sectors to push his arguments for bolder policies in the defence sector too. These, he feels, could lead to the spinoffs in defence manufacturing that we are pursuing.

There is no disputing the fact that a transformation towards achieving self-reliance in the Indian defence manufacturing arena will eventually be heralded by the private sector. This understanding has given a push to the recent ‘Make in India’ campaign that today forms the bedrock of India’s defence acquisition policy. Despite frequent amendments to the provisions of defence capital acquisition process, India’s vast defence public sector infrastructure with a cumulative turnover of about Rs 50,000 crores has not been able to meet the aspirations of the Services who remain devoid of even the basic equipment in the present times leading to a hollowness which defies solution despite efforts from successive governments, academia and the strategic community. In order to enable the private sector to play a lead role in defence manufacturing in India, there is an acute need to institute an industry friendly ecosystem that provides for an optimal exploitation and consolidation of design and manufacturing infrastructure both indigenous and global in order to accrue the spinoffs of modern defence technology.

Going by past experience, provisions of the recently promulgated albeit truncated Defence Procurement Procedure (DPP 2016), though projected as an enabling document may only partly deliver towards reducing import dependence of capital acquisitions. On the other hand if the Indian experience with industries such as telecom and automobile is mapped, infusion of Foreign Direct Investment (FDI) in defence holds immense promise and just might prove to be a game changer for the simple reason that it will draw the private enterprises to undertake defence manufacturing in India.

If the minimal FDI inflow of Rs 25 crores in the defence sector over the past decade is any indicator, the defence FDI policy did require serious introspection. Accordingly, the government in 2014 instituted a policy that suggested a graduated FDI investment ceiling of 49 percent without technology transfer, 74 percent with technology transfer and 100 percent for companies engaged in manufacture of ‘state of art’ equipment and technology to be cleared by government on case to case basis.

Even after these initiatives, the FDI inflows in the last two years have been hovering around Rs one crore. Policy changes instituted in the DPP 2016 notwithstanding, in actuals, it is the stringent policy regime due to which most foreign investors have limited their operations to setting up bases in India without really committing crucial funds and technology. Foreign investors need to have a greater control over management of their enterprises before committing capital which the previous policy did not facilitate.

The domestic defence sector especially the Defence PSUs and the trade unions strongly opposed the increase in FDI in defence which had somewhat shaped the government’s opinion in the past. This was also the genesis to the denial of ‘Raksha Udyog Ratnas’(RUR) to selected private companies with expertise in defence due to opposition from trade unions in 2011-12.

The recent Aatre committee convened in the wake of Dhirendra Singh report of 2015 to decide on strategic partnerships has also not moved towards implementation stage. Critics of FDI however need to chart the spinoffs in the automobile sector which was infused with huge investments post massive policy overhaul of 1991. FDI impact on the growth of automobile industry is today clearly visible across the spectrum in this sector be it in the direct employment in manufacturing, auto component suppliers or auto service segments with the maximum growth recorded in the passenger vehicle segment. Cumulative auto FDI equity inflows in the decade of 2000-2010 totalled approx Rs 26000 crs which is nearly five percent of the total FDI inflows for the period; of this, the portion of passenger vehicle segment itself was approx Rs.14000 crores which accounts for more than half of the total inflows in automobile industry. As is the case with the defence industry, the Indian automobile industry too has extensive forward and backward linkages with many segments with its multiplier effect contributing to gross domestic product (GDP); leading to requirement of human resources at various levels ranging from research and development to general employment level. 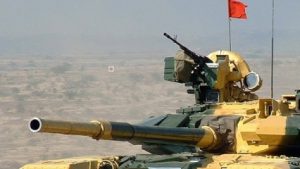 Such massive infusions could only come about due to a policy that encompasses a major attraction for investors. The auto FDI policy was characterised by features such as no export obligation, no foreign exchange neutralisation as also no minimum research and development expenditure. The crucial requirement of certain indigenous content was also waived off for auto sector while even the ‘Buy Indian’ category of the recently promulgated DPP 2016 insists on a 40 percent indigenous content for procurement of products on cost basis of the total contract value, which further rises to 60 percent in case of the newly introduced indigenously designed developed and manufactured (IDDM) category. Thanks to the FDI policy post 1991 related to major players in the passenger car market such as Hyundai, Honda, General Motors, Ford, Mitsubishi, and Toyota etc, who today contribute on an average of about half of the domestic passenger vehicle market share.

The global ‘Make in India’ push notwithstanding FDI cap of 49 percent was sceptically viewed as a bit of a dampener by international defence players. The straitjacketed 49 percent FDI limit has certainly not helped India accrue the desired investment in cutting edge technology needed sorely to boost its defence industrial base. The sense of disdain expressed by the Industry on the consolidated FDI policy circular issued by Department of Industrial Policy and Promotion (DIPP) in April 2014 has given way to a cheer with the announcement of the latest policy on FDI by the government enhancing the limit to 100 percent in defence.

Within days of being appointed, the Modi government had commenced work on allowing up to 100 percent foreign investment in defence production sending a strong signal to global investors. The latest policy dictates the same graduated FDI ceiling as was suggested in 2014. The most important effect of the latest policy announced in 2016 would be the provision for foreign companies to own up to 100 percent equity in the defence manufacturing sector including manufacture of small arms and ammunition though the government approved route without being referred to the cabinet committee on security (CCS).

This practically means that original equipment manufacturers (OEMs) who earlier needed to form partnership with Indian firms to enter domestic markets will now be able to operate independently which will enhance the availability of option for Indian armed forces. The domestic manufacturing companies too will face a healthy competition which would have their skills honed towards competing with world class companies as has been the case with Mahindras and Tata Motors in the automobile sector.

The defence manufacturing sector therefore will see an overall benefit as investments will get a boost. The government policy response to the requirements of the private sector entities considering a foray into defence sector has never been more agile. The department of defence production (DDP) once seen as favouring only the Ordnance factory board (OFB) and Defence public sector undertakings (DPSUs) is now planning interactive seminars for the private sector entrants to facilitate their participation in the recently promulgated ‘Make projects’. The Ministry of Defence (MoD) has specially unveiled a number of ‘Make’ projects for the private sector which include projects such as 125mm smooth bore gun barrel for battle tanks, targets for torpedo firing, advance pilotless target aircraft, mine layers and diesel engines for naval boats. Besides technical specifications of the equipment, the exact numbers have also been specified to make it easier for the industry to commit capital into technology acquisition. 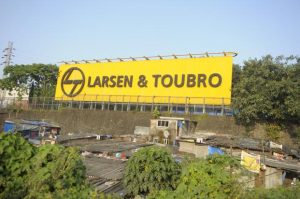 In a paradigm attitudinal shift, the MoD has even offered a preliminary assessment to the private sector regarding their capability to undertake these projects from economic and technological angle. The extent of private sector participation in defence can be gauged from the fact that between January 2001 and February 2016, the DIPP has granted more than three hundred industrial licences to private firms for defence manufacturing. Given the present industry friendly milieu, domestic private firms have a significant opportunity and can pick up a substantial amount of Industry share which was hither-to-fore a public sector preserve. Major industrial players such as Tata group, Bharat Forge Limited, Larsen & Tubrou etc., recognising the opportunity have been investing, albeit cautiously, in this sector and have built a portfolio in land systems, aerospace products and electronics. Most of them are either in talks or have already concluded framework arrangements with foreign OEMs, which will get a fillip given the latest FDI policy.

In order to usher in a transformational change in the defence sector, baby steps such as revision of DPP will no longer assure the desired spinoffs in terms of entry of private players in the defence manufacturing sector and consequent availability of equipment to the Armed forces. Acquisition policy revisions will have to be backed up with bold initiatives such as an investor friendly FDI regime to ensure an intense private sector participation thus replicating the success story of the auto and telecom industry in the defence sector.

Brigadier Vikram Taneja was commissioned into the Army Ordnance Corps from IMA Dehradun in December 1988. The officer is an alumnus of DSSC Wellington and CDM Secunderabad.