Inadequacy of budgetary allocation for defence is a perennial refrain in the strategic discourse in India. For a country that faces multiple security challenges, defence spend of less than 2 per cent of the Gross Domestic Product (GDP) is considered by many as derisory. 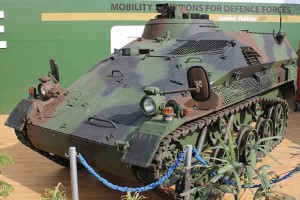 After peaking at approximately INR 80,000 crore last year, the gap halved to nearly INR 40,000 crore this year but it is unlikely to vanish any time soon simply because the government is unable to generate higher revenues to be able to make larger allocations.

With a tax base of 3.5 crore taxpayers, which is one-third of the number of individuals and business entities registered with the income tax department, and just about 14 per cent of the total households, government’s revenues cannot be enhanced in any significant measure through direct taxes.

The indirect taxes being linked with consumption cannot also be expected to grow considerably unless there is corresponding buoyancy in consumption. Other income from disinvestment, dividends, etc, cannot anyway be the main source of the government’s revenue.

The Fiscal Responsibility and Budget Management Act, 2003 and the rules made under it required the revenue deficit to be eliminated and the fiscal deficit to be brought down to not more than three per cent of the GDP by 31 March 2008, However, successive governments have struggled to achieve this target. It will be a feather in the finance minister’s cap if the fiscal deficit is brought down to 3 per cent of the GDP by 2017-18 as announced by him in his budget speech earlier this year.

One thing is, therefore, clear: in the current fiscal conditions, especially with implementation of the recommendations of the seventh central pay commission looming large on the fiscal horizon, and pressing demands from other sectors, defence budget in unlikely to witness any quantum jump at least in the next few years. Under these circumstances, it will make little sense to continue to make non-viable demand on the system, knowing full well that it is unlikely to be met.

The requirements arise from the defence plans which have for long been based on unrealistic financial assumptions. The current Long Term Integrated Perspective Plan (LTIPP) 2012-27 is based on the unworkable premise that the defence allocation will be equal to 3 per cent of the GDP throughout this plan period.

Defence budget has never reached that level in decades. If anything, it has come down from 2.28 per cent in 2000-01 to 1.73 per cent of the GDP during the current year. There was thus no rationale for assuming that between 2012 and 2027, the allocation for defence would suddenly be hiked to 3 per cent of the GDP, especially in the absence of any assurance from the Ministry of Finance (MoF) to that effect. 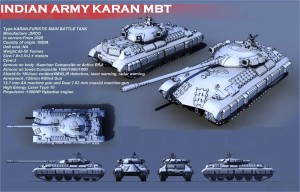 It is not as if the planners have no idea of the budgetary allocations likely to be made during a given plan period. For both the 11th and the 12th defence five-year plans, the likely growth in the defence budget was conveyed by MoD to the services and other departments but the plans formulated by them did not conform to it.

The problem of financial management can, therefore, be traced back to the defence plans. For optimal utilization of the budgetary allocation, it is important that the problems besetting defence planning are addressed, the most fundamental of them being the need to ensure that the plans are financially viable. To put it more candidly, plans have to be based on a realistic assessment of the budgetary allocations likely to be made during the plan period.
Injection of financial prudence in defence planning will certainly throw up some very interesting options and possibilities in regard to doing things in a more cost-effective manner, curbing wasteful expenditure and generating higher revenues. For all this to happen, however, some fundamental changes are required in the process of defence planning.

At present, defence plans, as we know, relate only to the armed forces. These plans do not cover other organizations, such as the Coast Guard and the Border Roads, which are important parts of the overarching defence architecture. These organizations, as indeed the Defence Research & Development Organization and the Ordnance Factory Board, have their separate plans. There is no mechanism for fusing all these plans into one overarching defence plan. Comprehensive joint planning is a sine qua non for enforcing financial discipline.

Making structural changes in defence planning is going to be a long haul, if for no other reason than that this issue is linked with the demand for appointment of a Chief of Defence Staff or Permanent Chief of the Chiefs of Staff Committee. Even the notion that this will be a panacea for all ills besetting defence planning in India, seems a bit fanciful.

Be that as it may, there is no question that the existing defence plans need to be revisited and the new ones formulated with as much focus on the financial viability of the plans as on building up of the military capabilities. Three issues merit special attention.

First, approximately one-third of the defence budget is spent on pay and allowances and roughly the same amounts are spent on capital acquisitions and for meeting the remaining requirements of the armed forces and other departments. In the revenue segment of the defence budget, pay and allowances account for more than two-thirds of the allocation. This share may go up by 10 to 15 per cent after the pay commission recommendations are implemented, unless the revenue budget is increased substantially. Containing expenditure on pay and allowances, while at the same time improving the teeth-to-tail ratio of the armed forces, is vital to making more effective use of the budgetary allocations. 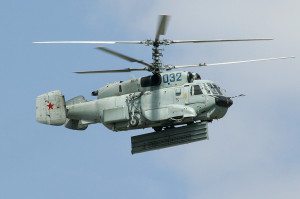 Second, the Services Capital Acquisition Plan will have to be re-prioritized to ensure that the existing voids in capability are plugged in a time bound manner. Between 2002-03 and 2014-15, a total sum of approximately INR 5 lakh crore has been spent on capital acquisition but the chronic shortage of guns, aircraft, submarines, air defence systems, and other critical equipment and capabilities persist. Capital acquisitions aimed at making up specific voids in capability must be undertaken in a mission mode. This will, hopefully, also prevent underutilization of the capital acquisition budget.

The Defence Procurement Board (DPB), which under the present scheme of things does not seem to play any critical role in the acquisition cycle, should steer each modernization project from inception to culmination, apart from monitoring the progress of all projects approved in principle by the DAC. The responsibility will entail resolving problems, as and when they arise and are reported by the project managers to the DPB.

Third, the remaining one-third of the defence budget must be tied down to specific outcomes, at least in regard to some of the important activities such as making up the deficiency of ammunition with the Indian Army, serviceability levels of the equipment held by the armed forces, creation and maintenance of infrastructure, etc.

Focussing on these three macro issues will help in re-aligning the defence plans with financial pragmatism but at the micro level much more will need to be done. The question of containing the expenditure on pay and allowances cannot, for example, be resolved without addressing the question as to why outsourcing has not taken off in a big way, despite its potential to provide employment to the ex-servicemen.

Serious thought needs to be given to reduce the pressure on the capital budget by encouraging joint ventures, public-private partnerships, government-owned-company-operated model for the management of certain military establishments, leasing of platforms and raising of revenue by floating defence bonds as well innovative exploitation of the existing assets.

For ensuring outcome orientation of the expenditure on other objects such as maintenance of infrastructure, procurement of ammunition and serviceability levels of the equipment, it is necessary to make structural changes in defence budget so that the allocations are tied with specific quantifiable objectives and the new budget heads facilitate outcome appraisal.

There are no quick-fix solutions for optimizing the impact of budgetary allocations, such as they are, on defence preparedness. There is no gainsaying that the MoD will have to brace up for a long haul to reform the financial management system in defence and optimize the outcome of the budgetary allocations.