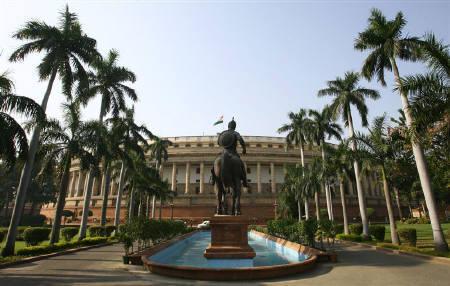 DPP 2016 is a remarkable document, as Brig Anjum Shahab opines in his prologue to this two part analysis. However, there is a lot more that needs attention. Like the Defence Minister had stated that it’s a dynamic policy document that will evolve further with experience, the Make procedure of DPP 2016 and IDDM require closer scrutiny since indigenisation is the greater thrust. The article analyses the issues of contemporary relevance and debates the requirement of having the Chapter III of the DPP 2016, there at all! The moot question remains, though DPP 2016 is undoubtedly a path breaking document, but is it adequate to meet the needs of attracting foreign capital, ensuring Transfer of Technology and providing a boost to Indigenisation in today’s business climate?

‘Make’ procedure has been a part of various Defence Procurement Procedures (DPP) released from time to time since 2006. These procedures have also been amended equally often to make them simpler and doable. However, despite being in existence for 10 years or so and the efforts made to simplify the procedures, Make has actually failed to deliver. Very few procurement cases (can be counted in single digit) were categorised as Make and worse, none of these Make cases have reached anywhere near fruition and would still take some more time to fructify. There were fundamental drawbacks in Make categorisation and procedures. Policies and Procedures have been evaluated afresh in DPP-2016, however while policies have been significantly changed, procedures have remained more or less the same. 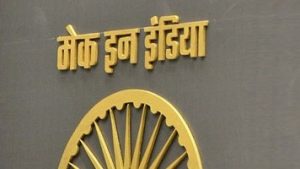 As stated earlier in Part I of the Article, Policies and Procedures for Make Category have been changed so as to encourage indigenous design, development of equipment/systems/sub-systems/assemblies/sub-assemblies/ major components, or upgrades thereof. A few of the important policy and procedural changes are as listed beneath:-

* The definition of Make has undergone a total change.

* Make category has been totally delinked from other categories of acquisition and will be processed separately altogether.

* Make will have a dedicated Annual Acquisition Plan (AAP) totally delinked from AAP for other categories.

* Make would be done in two stages. In Stage I ‘Design and development of Prototype and its Evaluation’ would be undertaken and in Stage II, procurement of the equipment under Buy Indian IDDM category will take place.

* Acquisitions under Make will now be carried out in two stages i.e., Prototype Design and Development Stage and Acquisition Stage under Buy (Indian-IDDM).

* Larger number of Indian companies including MSMEs would now to able to participate in Make Procurement Process as Developmental Agency (DAs) since eligibility criterion have been relaxed considerably.

Procurement procedure for ‘Prototype Design and Development Stage’ has not been changed at all. Acquisition process still starts with ‘Advance Planning and Consultations’ and goes through various stages such as Feasibility Study, PSQRs, Categorisation and Accord of Acceptance of Necessity (AoN), Constitution of Integrated Project Management Teams (IPMT), Preparation of PDD, Expression of Interest (EoI), Selection of DAs and so on till Award of Contract. The process is exactly the same as it was in previous DPPs. This procedure has actually failed as none of the Make cases, started many years ago, have reached anywhere near completion and may take many more years for development phase to complete. The procedure needs to be looked at very seriously.

As brought out earlier, the very definition of Make has undergone a complete change. ‘Make’ is no longer for design and development of high technology, complex systems or critical components/equipment of a weapon system. It is therefore logical that the procedure to be followed within the ambit of Make, should also change.

Procedures for ‘Buy’ and ‘Buy & Make’ Categories, as given in Chapter II of DPP, have proved to be extremely effective. Nearly all capital acquisitions have been carried out using these procedures. Therefore, the new ‘Make’ procedure should be exactly like or as close as possible to Chapter II procedures. Procedures may be tweaked to meet the specific requirements of Make, but in essence it should remain the same. In fact, Chapter III may not be needed at all in future.

Incentives to Officers Associated with Capital Acquisition. It is a common knowledge that very bright, upright and capable officers with very high integrity are generally selected for posting in procurement organisations. Therefore, logically, procurement should take place extremely efficiently as these officers have the competence, capability and experience to do so. However, more often than not, it is not the case. Pace of procurement is generally sluggish. The reasons are not too difficult to understand. Besides a slow and complex procurement process, it is also about a skewed perception of corruption in defence acquisition which has been magnified beyond proportion by our TRP hungry media. As a result, a sincere, hardworking, bold and honest officer, on being posted to procurement organisation becomes very apprehensive. He addresses issues deliberately; also slowly, carefully and cautiously; if not fearfully following each and every procurement procedure in letter and not in spirit. He does not want anything to go wrong, not ‘burn his fingers’, so to say, at this crucial juncture and jeopardise a promising career about to take off. This further delays an already slow process. This perception needs to be changed.

A conducive environment needs to be created where officers can do their onerous task fearlessly with full faith in the system. He needs to be supported and given the confidence that organisation will stand by him, in case of honest mistakes. There should also be some incentive for him for vigorously pushing his cases. It may therefore not be a bad idea to have a system wherein a hardworking, sincere officer who has done a certain number of procurement cases or who has completed a project in a shorter time frame than stipulated in DPP is suitably rewarded. At the same time shirkers should also be suitably taken to task. Such an environment would certainly give a big boost to defence procurement.

Buy Indian-IDDM. Inclusion of Buy Indian-IDDM in DPP 2016 as most favoured category for procurement of weapons, systems and equipment is a path breaking policy initiative which is likely to energise Indian Defence Industry to undertake serious research, design and development to indigenously meet requirements of defence forces. It will not only lead to greater self reliance and reduce dependence on foreign OEMs; it will boost export of defence equipment and systems. However, it is felt that there are a few issues that need to be looked at:-

* The permission to companies to participate in this category without undertaking any design and developmental activity dilutes the very purpose for which the category has been introduced. It is therefore suggested that stipulation regarding acceptability of products having 60% indigenous content and which has not been designed and developed indigenously, needs to be delinked from this category.

* It is also felt that despite Buy Indian-IDDM enjoying status of ‘Most Favoured Category’, not many cases may actually get categorised as Buy Indian-IDDM. As per DPP-2016, User Directorate, through RFI, seeks information from the environment on various issues including information/inputs that would help him in making suitable recommendations for categorisation of a procurement case. It is highly probable that not more than one or at best two vendors may confirm that they would provide an equipment that would meet criteria for Buy Indian IDDM Category. Response would overwhelmingly be for Buy Indian Categorisation, where most Indian companies would field a foreign product while meeting Indigenous content (IC) requirement of Buy Indian Category. Under such circumstances, User Directorates may not have the confidence to go for Buy Indian-IDDM Category particularly when they feel that if such an equipment fails later at Field Evaluation Stage, all his efforts would be wasted and that procurement would be unacceptably delayed. They would therefore opt for the safer ‘Buy Indian’ option where a higher assurance of getting suitable equipment at the end of the exercise is possible. As a result, a truly Indian equipment may eventually lose out in the race. 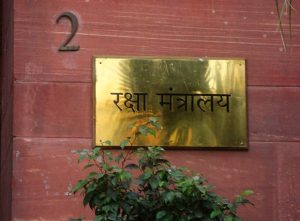 * It may be appreciated that unlike FMCG Sector where many companies make a product to meet consumers requirement, there are not going to be more than one/two companies who would be doing serious research, design and development for a product required by Armed Forces. This is the case world over. Therefore, if Buy Indian-IDDM is to succeed and if Indian technology is to be protected, the user has to accept it even if only one RFI response has been received. At the same time, genuine apprehensions of the user also have to be kept in mind. Therefore, suitable policy and procedures need to formulated and incorporated in DPP so that the twin requrements are satisfactorily addressed.

Transparency. Need for transparency in procurement process has been repeatedly mentioned in each and every DPP but it has not been not been supported by policy guidelines or procedures. DPP-2016 is no exception. Transparency would actually mean much more than merely posting the DPPs on the website and thereafter following those processes and procedures scrupulously. A system would be considered transparent if there is free exchange of information and the industry gets to know without any difficulty, in fact, as a matter of right, all that it legitimately needs to know from MoD, Service HQ or any other agency associated with procurement processes. It is not happening at present. Queries from the Industry whether verbal or in writing, remain unanswered. Request for meetings are denied. There is no feedback mechanism. Simple questions like ‘likely date of issue of an RFP’ or ‘likely date of commencement of CNC, are not attended. There is no scope for more probing legitimate questions. Some policy guidelines and procedures on the matter need to be formulated and incorporated in the DPP to address the matter.

The Foreword in DPP-2016 states that MoD is determined to treat DPP 2016 as a dynamic and an evolving document and is committed to making improvements based on emerging data and anecdotal evidence. The issues raised need to be addressed by the MoD to improve procurement policies and procedures.

Brigadier Anjum Shahab is an ex Defense Officer with over 33 years of distinguished military service. He was commissioned in 'Corps of Signals' in December 1975 from IMA, Dehradun and superannuated from military service in June 2008.