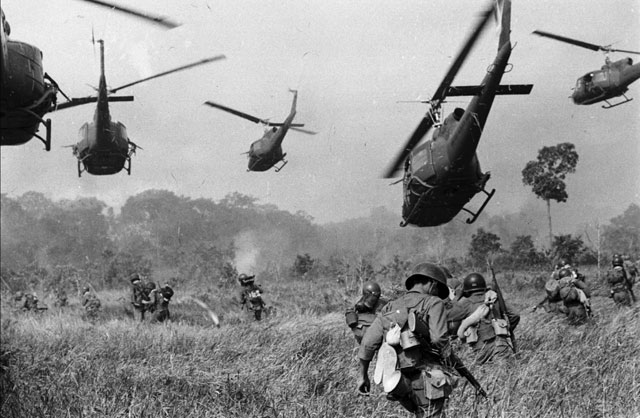 The author brings to fore the affects of the Pakistani military’s relationship with the jihadi establishment in building an asymmetric capability that continues to bleed India. With the Chinese leveraging this Pakistani capability with its own conventional superiority vis-à-vis India, a serious miss-match is being faced. The article goes on to debate the land, sea and air based options that India has to combat the challenge, along with technology.

Simply defined asymmetric warfare is a set of strategies, measures and tactics, adopted by a nation or an armed force, to undermine the conventional warfare strength of the opponent. It is generally the weaker side that usually resorts to asymmetric war to offset its disadvantage. However, if asymmetric war is taken as requiring innovative, creative and out-of-the-box thinking, then this approach can be adaptated by stronger conventionally configured militaries also. Asymmetric approaches are attempts to circumvent or undermine military strength of the opponent while exploiting their weaknesses, using methods that differ significantly from the expected method of operations. 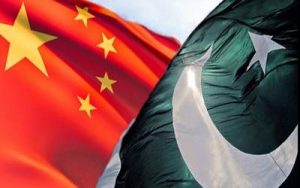 The Asymmetric Factor in the Pak-China Collusive Threat

Realising that it lacks the military punch to take on India in a conventional war, Pakistan has opted for a low cost terror based asymmetric war, to bleed India with a thousand cuts through its proxy Jihadi terror groups, ostensibly to help the people of J&K and even extending beyond, into other hinterland states to exploit India’s internal politico-socio-economic fault lines. India has yet to come up with a cost effective solution to defeat Pakistan’s low cost war. Unfortunately use of weapons designed for conventional wars do not offer a decisive tactical advantage to India’s armed forces for counter terrorist operations.

China has on its part nurtured Pakistan as a proxy, to bog down India in a continuous low intensity conflict, which, in a worst case, could be stepped up to a full scale conventional war in conjunction with a Chinese offensive across the Indo- Tibetan border. The threat from China is much greater, as it will be in conjunction with Pakistan’s low intensity and or conventional threat. Matching China in a numbers game of aircraft, warships, tanks, guns and boots on the ground at this stage of our economic development, is neither viable nor desirable.

In the past two decades, China has undertaken a systematic build up of road, rail and air transport infrastructure in Tibet; giving it the capacity of a rapid military buildup, as also to switch forces against any point on the Indo-Tibetan border. Moreover the Chinese armed forces, i.e., the Peoples Liberation Army (PLA), Peoples Liberation Army Navy (PLAN) and Peoples Liberation Army Air Force (PLAAF), enjoy numerical and technological superiority vis-a-vis India’s army, navy and air force, This has created a position of conventional and nuclear asymmetry in favour of China.

India therefore needs to evolve the following strategies to address these asymmetries:-

* Mend India’s internal fault lines and create such conditions and military capabilities that to wage and sustain a low intensity asymmetric war against India becomes prohibitively expensive for Pakistan.

* Develop such military capabilities that can deter and defeat any conventional threat posed by the PLA and PLAAF across the Indo Tibetan border and by the PLAN in the Indian Ocean Region (IOR). Such a strategy will have to be a mix of diplomacy, infrastructure and economic development, military modernisation and acquisition of such weapon systems that can prove to be game changers.

The signals emanating from the sophisticated equipment found on the terrorists recently killed or captured in J&K, as also from the tactics employed by the terrorists and their handlers, it is clear that terrorism is mutating at a pace equal to, or even ahead of the available counter terrorist technologies. In addition to boots on ground, diplomatic pressure, winning hearts and minds, psychological warfare etc., India must look to innovative and out of box technology to defeat terrorism in J&K, as also in other states; urban, rural or jungle settings.

Pre-emption Better than Cure. Analysis of weapons and equipment used by the terrorists such as night vision devices, GPS, satellite phones and cell phones reveals that most of the equipment is available commercially of the shelf, therefore devising technological counter measures for detecting and neutralising these devices is easily possible, this will facilitate pre-emptive detection and neutralisation of the terrorists. In the case of home grown terrorists and those from sleeper cells, constant improvement of surveillance techniques, human and tech intelligence based on internet traffic and cell phone usage will enhance pre-emption and capture.

Apprehension and Elimination. Encounters with terrorists have resulted in prolonged exchange of fire and standoffs in built-up areas. There is a need to develop novel techniques for fighting in built up areas, as also develop novel technologies and weapons to winkle out terrorists speedily with minimal casualties. A few innovative examples among many others are as follows:-

* Rifles or carbines capable of firing at a right angle, for a round the corner shot.

* Mini UAVs capable of delivering payloads in built up areas to stun or neutaralise terrorists.

India’s State of Readiness. Concern is expressed in the media about India’s state of readiness, or the lack of it, to fight a two front war. The IAF has expressed serious concern regarding the depleted strength of the IAF combat aircraft squadrons to fight a two front war. The army has raised demands to accelerate raising of a mountain strike corps, in order to create a riposte capability as a deterrent to a PLA offensive across the Indo-Tibetan border. The navy has raised grave concerns on the vintage of its ships, their slow pace of replacement and dwindling numbers of its submarine fleet. 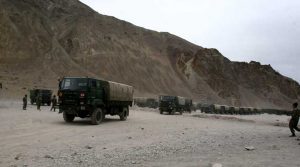 Land Based Options. It is pertinent to reiterate, that China has already affected a massive infrastructure and military buildup in Tibet. This gives it an overwhelming power projection capability at multiple points against Indian forces, along the 4057 km Indo-Tibetan border. At present, India does not have the capability to project a land based threat at the strategic level across the Indo-Tibetan border. This is due to geographic conditions as also past policies which did not encourage developing lines of communication in the Himalayan regions. Moreover, the PLAAF is capable of stymieing any buildup of Indian land forces by simply destroying bridges and creating landslides in the fragile Himalayan slopes. Therefore an effective air defence deployment and a favourable air situation would have to be a sine qua non for launch of any kind of riposte.

Under the circumstances, the situation for India is akin to an attacker launching a cliff assault by climbing up a rope ladder in broad daylight, with the defender ready and waiting with a machete to chop of the ropes. Notwithstanding this analogy, possibilities at the tactical level for territorial gains to create pressure points do exist in certain areas across Sikkim and Eastern Ladakh. Thinking beyond the Indo-Tibetan border, a threat through Pakistan Occupied Kashmir (POK) to the China-Pakistan Economic Corridor (CPEC) would also be a powerful deterrent.

Sea Based Options. India’s geographical location in South Asia puts the Indian Navy as also the IAF in a position of advantage to control sea lines of communication (SLOC) passing through the IOR. China can just not afford to let its vital economic interests with Africa, Middle East and Europe be disrupted. The much hyped CPEC would also be helpless if Gwadar and Karachi ports are bottled up by the Indian Navy. To leverage this advantage India needs to:-

* Expand and modernise the Indian Navy, to give it the necessary SLOC interdiction capability.

* Strengthen and expand the naval deployment in the Andaman and Nicobar Islands.

* Strengthen domination in the IOR by establishment of a naval and air base in Seychelles or Mauritius.

* Invest in acquisition of futuristic weapons through R&D for new and existing platforms in the field of Air Defence systems, Autonomous Underwater Vehicles (AUV) and Particle Beam Weapons.

Air Options. Besides creating an air situation suitable for land forces, a suitably trained, equipped and armed IAF can by itself be a major deterrent, by demonstrating its capability to interdict and cause unbearable damage to vital high value targets, forming part of the painstakingly built infrastructure in Tibet and POK, e.g. the famed Lhasa-Gormo railway line and the planned road and rail route Kashgar – Khunjerab – Gwadar forming part of the CPEC.

Modern Futuristic Weapons. India should not forget that Ibrahim Lodi, with a numerically superior army and an array of battle-trained elephants, lost the First Battle of Panipat to Babur, who won the day by introducing a novel combination of field artillery and the cavalry charge against a numerically superior opponent. Finally, the lesson for India is that introduction of new technology and tactics has won many a battle and war and that is the way to go.