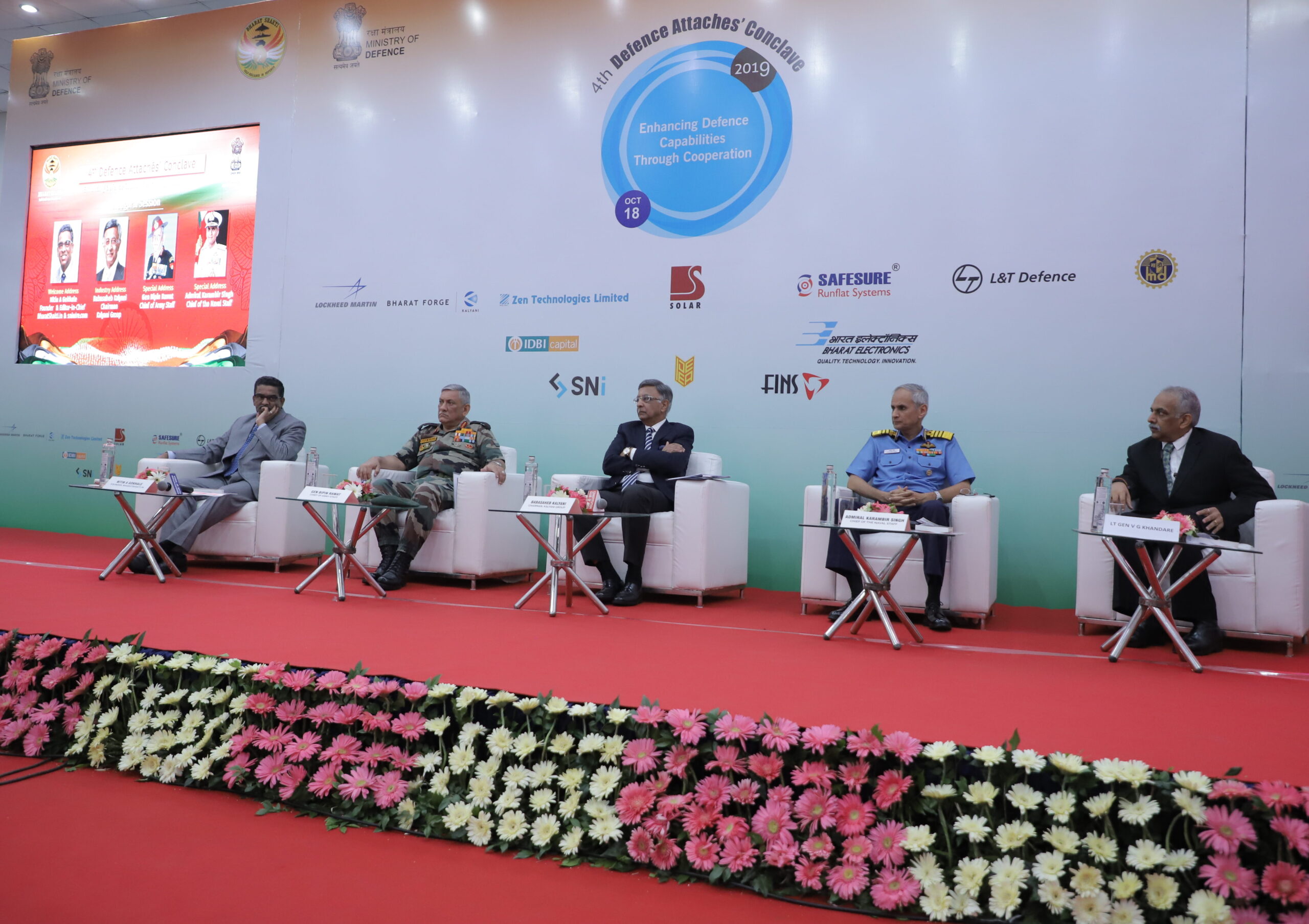 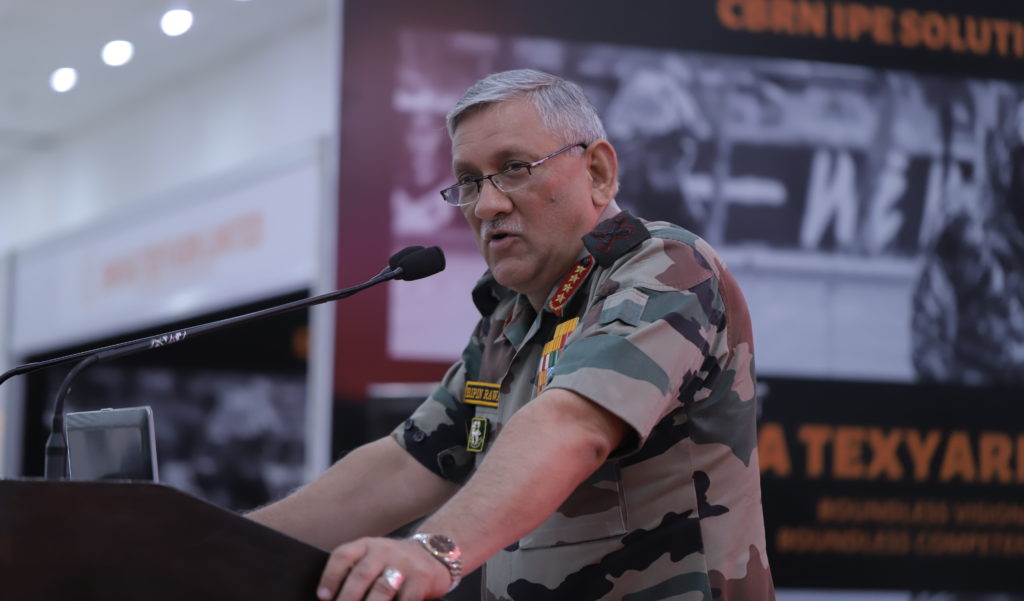 Setting the tone of the power-packed 4th Foreign Defence Attaches’ Conclave, Indian Army Chief General Bipin Rawat said, “We are manufacturing weapons not just to arm our defence forces, but we are now precisely becoming a export-oriented defence industry.”The conclave was conducted at the Constitution Club, New Delhi on 18 October by the digital platform BharatShakti.in in association with Ministry of Defence (MOD), General Rawat added, “Our defence exports currently stand at about Rs 11,000 crore annually and is expected to grow to Rs 35,000 crore by 2024.” 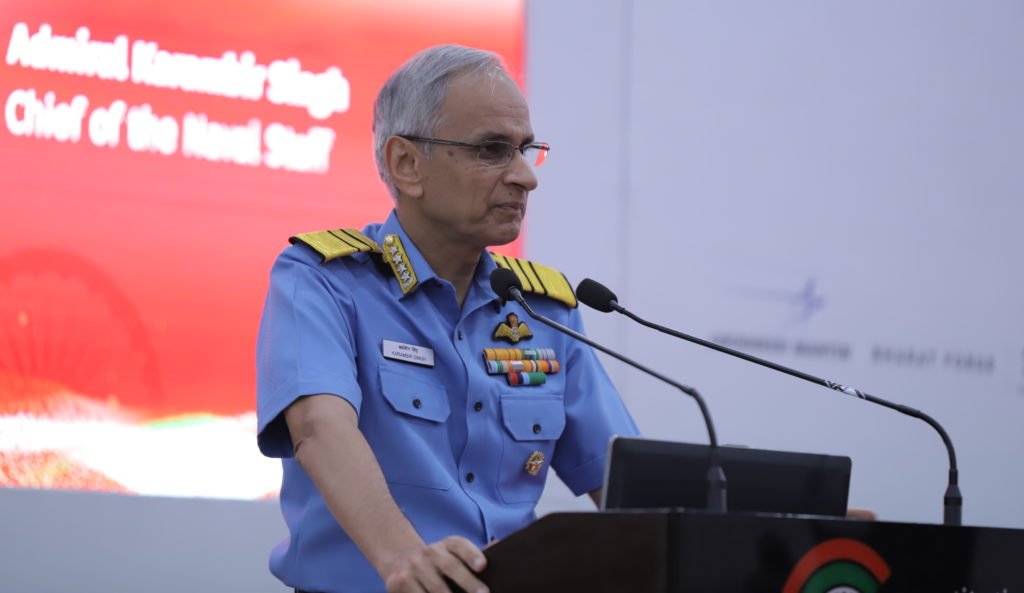 He also reiterated that, “Navy is committed to enhancing cooperation and engagement with like-minded members in the Indian Ocean Region (IOR) and our cooperation ethos is guided as articulated by the Prime Minister Modi, by the 5Ss – Samman (honour), Samvad (dialogue), Sahyog (cooperation), Shanti (peace), and Smridhi (prosperity).” 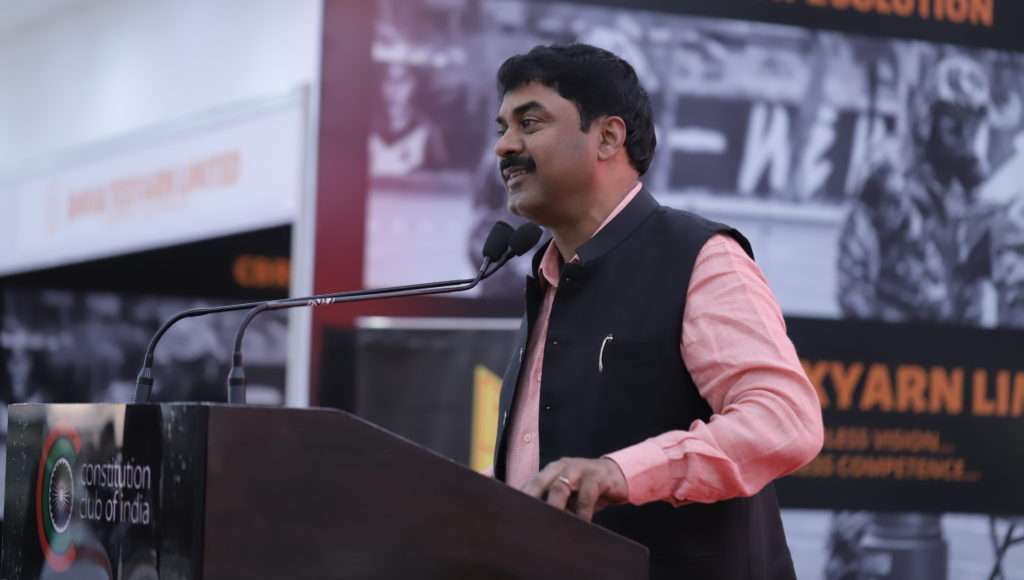 Addressing the foreign defence diplomats, DRDO Chairman Satheesh Reddy and Sanjay JajuJoint Secretary, DIP, Ministry of Defence emphasised on the need of buying Indian defence products. Both officials were keen to push exports to meet the ambitious target of $5 billion by 2025. The Ministry of Defence (MOD) considers exports essential for meeting the target of making India one of the world’s top five defence producers by 2025. 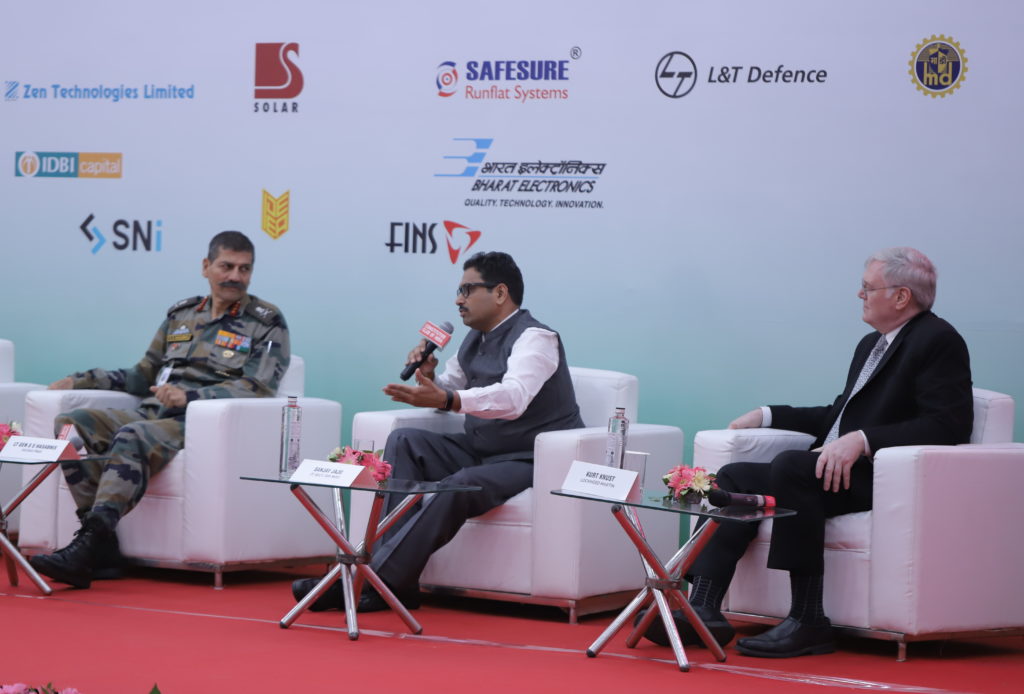 Sanjay Jaju recounted the government’s recent policy and regulatory reforms, which had cut down licensing requirements and speeded up export clearances, enabling Indian defence manufacturers to be more competitive for international tenders. The senior bureaucrat said, “We will have to start looking at exporting weapon platforms,” referring to high-value contracts for combat equipment like fighter planes, helicopters, tanks and artillery guns.

Sanjay Jaju also praised Indian defence platforms which are world-class and available at competitive costs and have already been purchased by the Indian armed forces. These platforms include the LCA Tejas, ALH Dhruv, Arjun tanks, Akash air defence system, Pinaka rocket launcher and a wide range of indigenous warships.

Explaining the government’s seriousness about exports, Jajusad, “We have created a WhatsApp group for all the exporters. We have now a portal which is completely online; they send us digitally signed requests, we give them digitally signed approvals. Earlier we had a requirement of giving the end-user certificates in physical format, now we are going to tweak that. For all such purposes, they apply for permission in the morning; by evening they get their permissions. We have reduced this time from 15 days to even a few hours.” 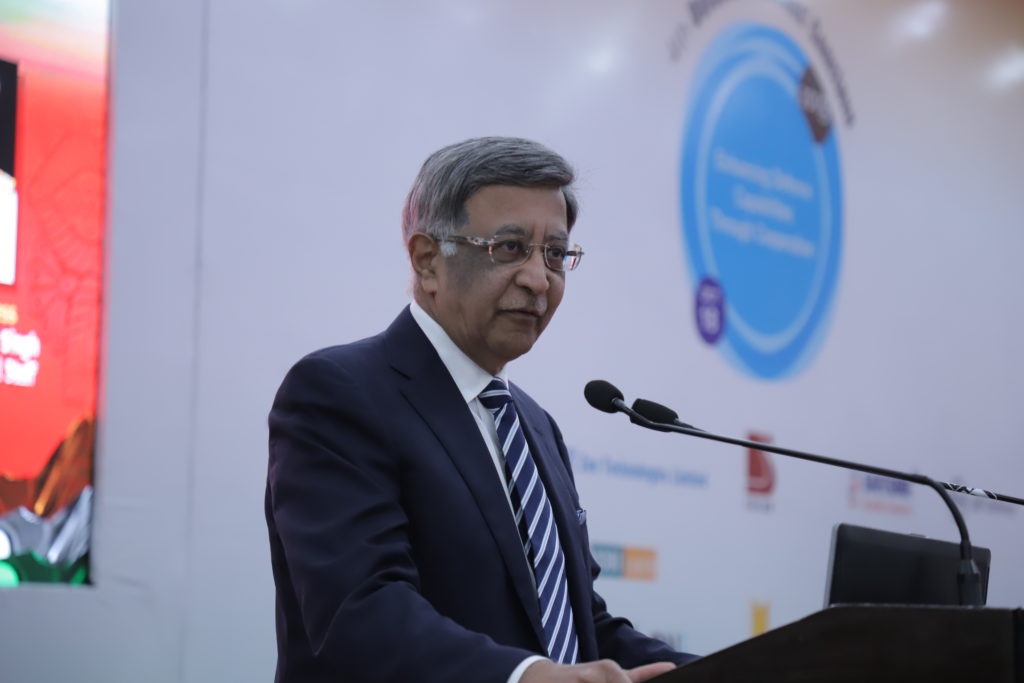 Indian defence conglomerate Kalyani Group’s Chairman, Babasaheb Kalyani also talked about the Advanced Towed Artillery Gun System (ATAGS), which his company is developing in partnership with the DRDO as one of the finest artillery guns on the planet. He also reiterated that private sector companies need more orders from the defence forces. 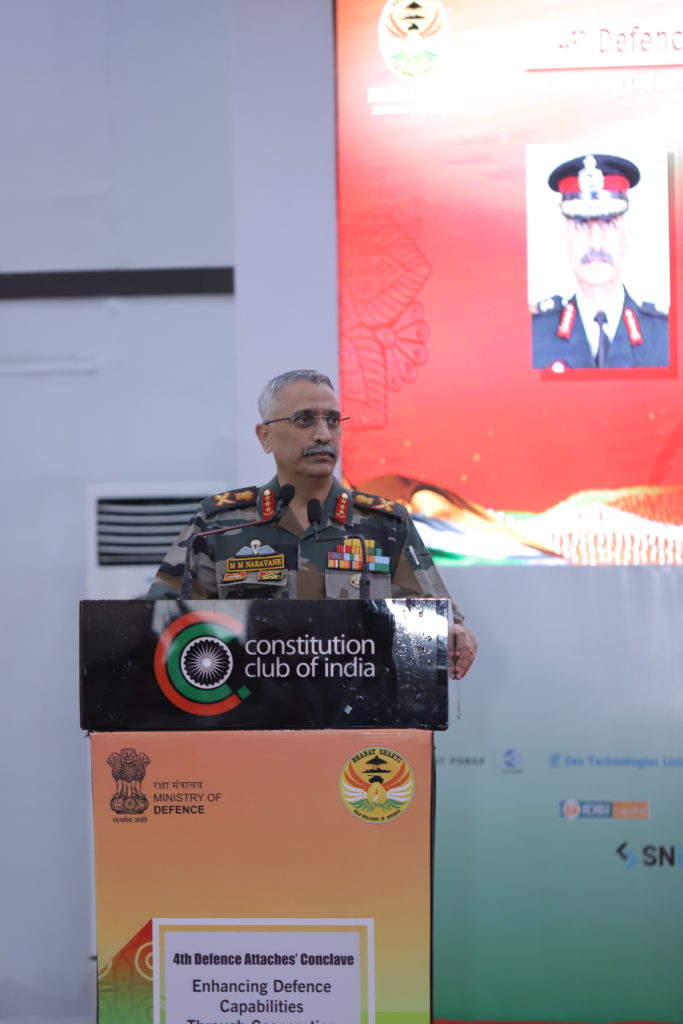 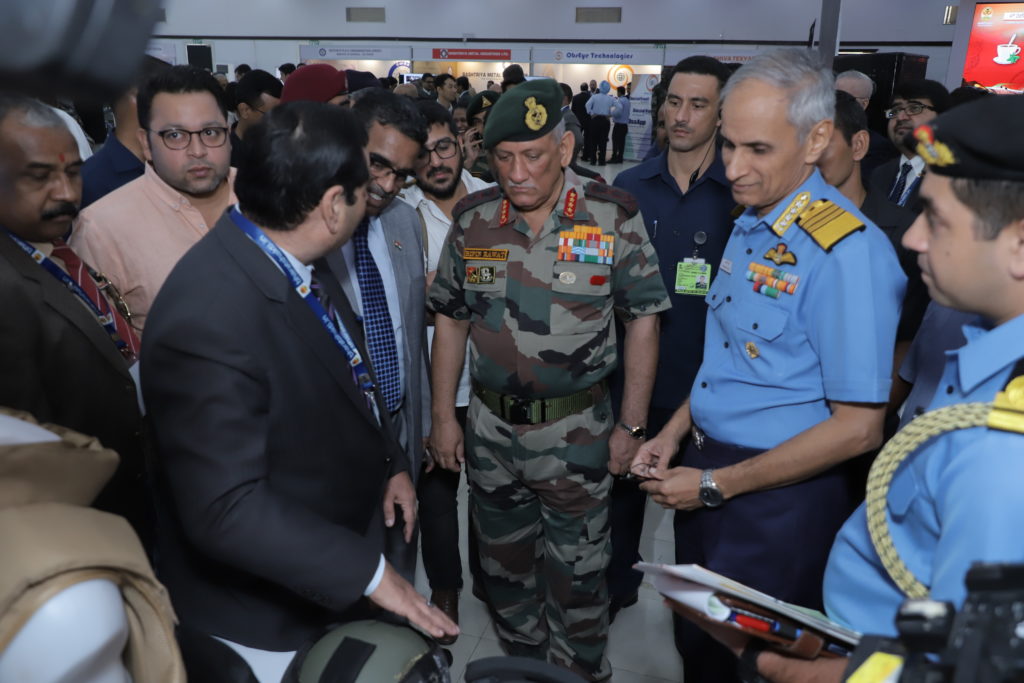