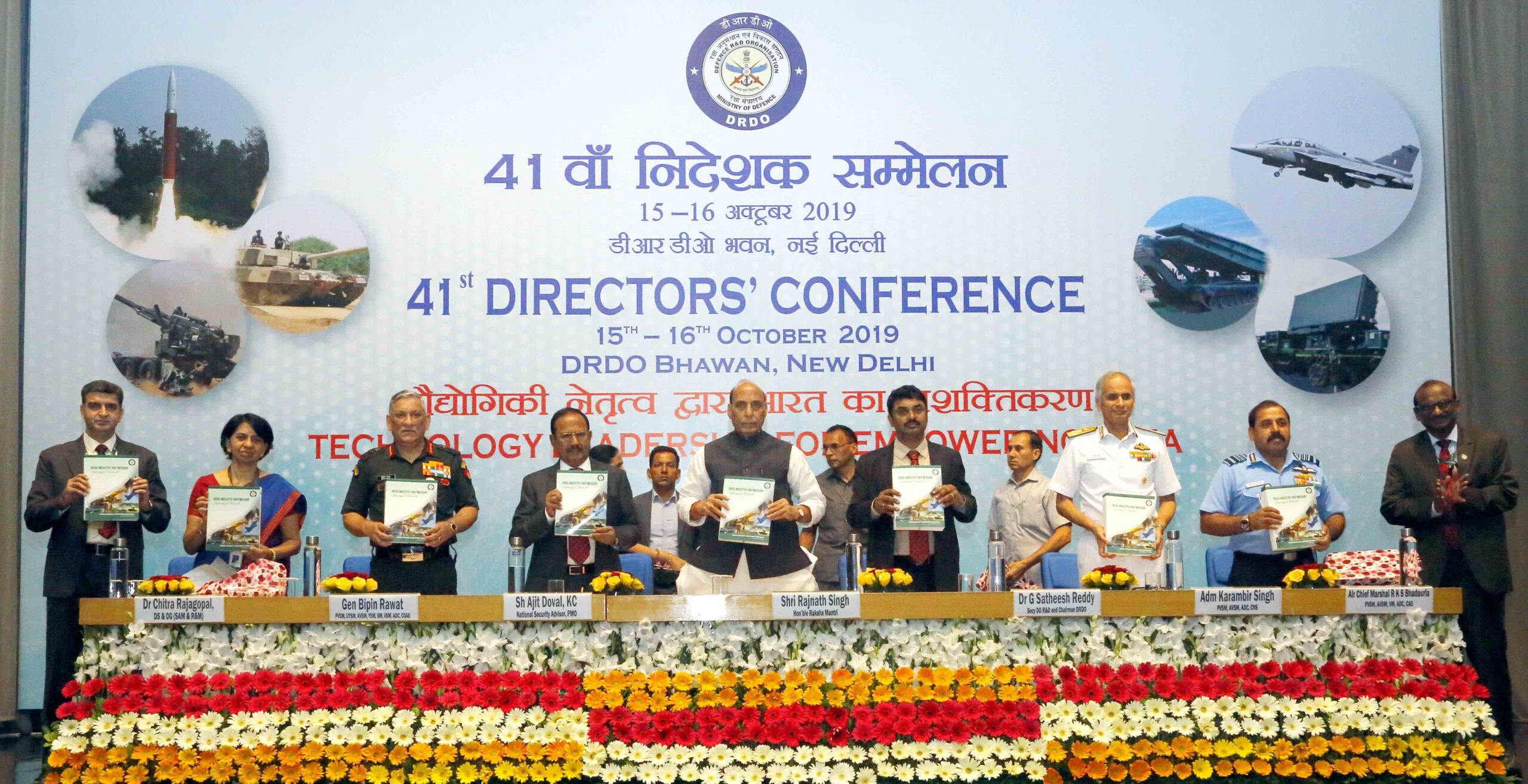 India’s top security leadership stressed the urgent need for DRDO to innovate and develop home-grown hi-tech weapon systems to make India not only self-reliant in defence manufacturing but also a global leader in the field.

Stressing the need to bridge the technology gap for India to become a global leader in research and development, Defence Minister urged the scientists to focus on technologies that provide cutting edge capability and remain relevant for the next 15-20 years. He suggested that scientists devise an action plan for excellence in defence R&D that can take India to renewed heights in defence capability and make India a ‘technology exporter’.

National Security Adviser Ajit Doval also called for the development of “need- based” niche technologies that can cater to the specific requirements of Indian armed forces. Highlighting the emerging security challenges, the NSA said “India’s security vulnerabilities are much greater today, and they are going to be much greater in times to come.”

While elaborating about niche technology, Doval, observed that it was not about the best technology in the world but it was something which could make India more potent. So it has got to be need-based which can give India an edge over its adversaries and is affordable. “Development of technology should not overrun timeline that is not acceptable” the NSA stated.

Stressing upon the importance of enhancing Indian capabilities for technology absorption, Doval said that constant adaptation and change are the essence of progress. Therefore, we should not be shy to revisit basics and realign our structures in line with emerging realities. Exhorting DRDO scientists, the NSA said, “This is the game where the winner takes it all and there is no trophy for the runner-up.”

Indian Army Chief General Bipin Rawat said the DRDO needed to look at systems for future warfare. He called upon scientists to start looking at development of cyber, space, laser, electronic and robotic technologies and artificial intelligence. Lauding indigenous technology and weapon systems General Rawat said “We will win the fight the next war with homegrown defence technologies.”

Emphasising on the need of indigenous technology, Air Chief Marshal RKS Bhadauria said, “The advantage of the indigenous technology is that we are in a continuous dialogue and we can change the specifics and requirements as per our need and performance.” Keeping in view the quest of the Indian Air Force’s future leadership, Air Chief said that the DRDO should make the indigenous fifth-generation fighter aircraft, Advanced Medium Combat Aircraft (AMCA) happen, and must succeed. Exhorting the defence research agency he said “As not only your pride is at stake but also the Indian Air Force.”

The Navy Chief, Admiral Karambir Singh urged DRDO to pursue the necessity of a technologically up-to-date force. “Our impetus, therefore, in partnership with DRDO is to focus on ‘niche technologies’, and strict timelines so that we can come up with a few path breaking innovation for defence,” said Admiral Singh. 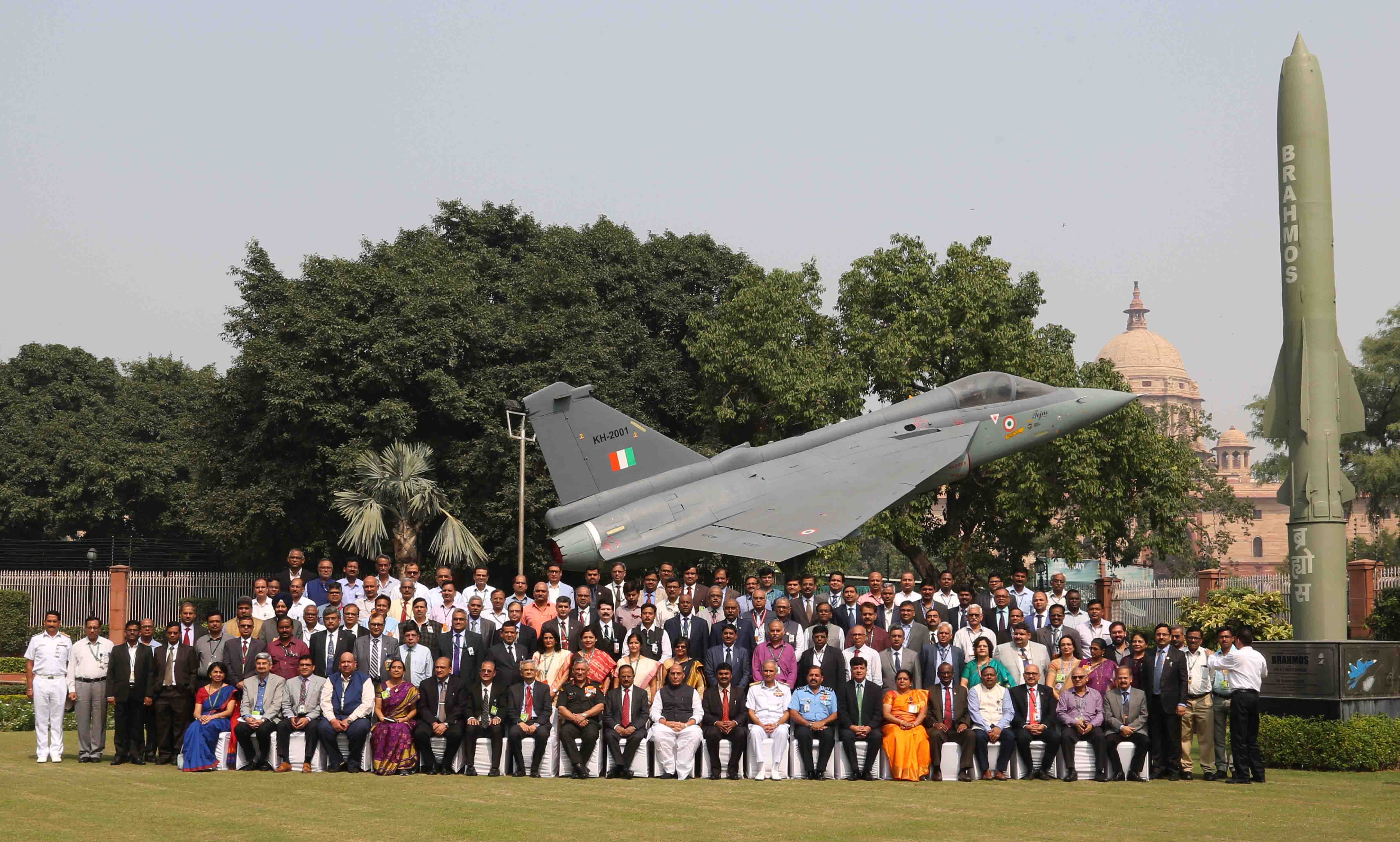 Dr G Satheesh Reddy, Secretary DDR&D and Chairman DRDO also addressed the gathering and put out the report card of the defence research agency during the inaugural session of the two-day conference.