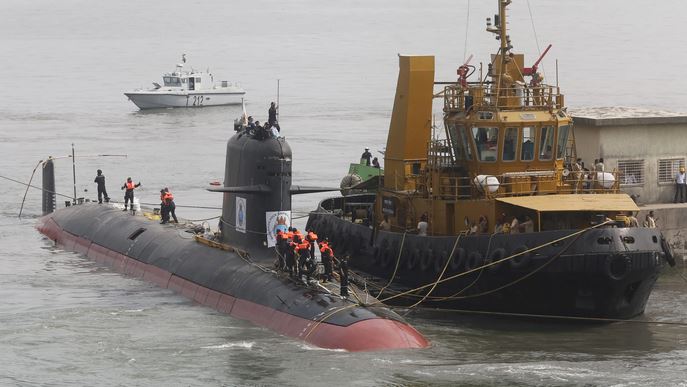 France and India talk submarines as Rafale fighters are delivered

BHUBANESWAR, India — India received three more French fighter jets on Wednesday, and a deal for French submarines might not be far behind as the European and South Asian nations find they share a commitment to Indian Ocean security.

The submarines would come from French shipbuilder Naval Group, which “will formulate an offer that goes very far in the Make in India direction,” said a source familiar with the company’s preparation for the submarine procurement tender under the Indian Navy’s P75I category.

The source spoke of talks between French Defense Minister Florence Parly and her Indian counterpart, Rajnath Singh, in September. The meeting, in New Delhi, covered Indo-French defense cooperation and procurement contracts, including “ongoing ones as well as possible future prospects,” the source said. “One of these is the P75I submarines tender.”

The tender is to build six stealth submarines with air-independent propulsion technology that would have a longer submerged range than subs already being shipped to the Indian Navy.`Read more…