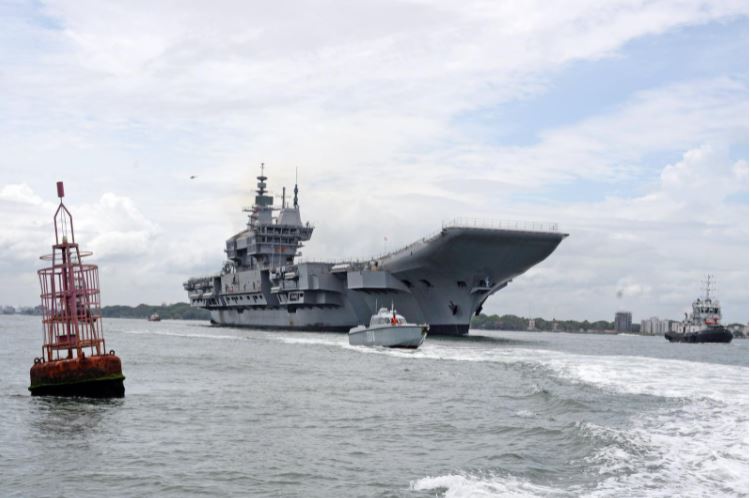 Freedom at Sea with Navy and Nation Building

“The raison d’être of a navy is to safeguard the nation’s use of the seas for its legitimate sovereign purposes, whilst concurrently guarding against inimical use of the sea by others.” – Indian Maritime Doctrine (Updated 2015)

Freedom and Life from the Sea

In less than a week the 75th Year of Indian Independence will commence raising the festive fervour of the Azadi ka Amrit Mahotsav as a national celebration. As a nation that has its geography defined by a maritime geological voyage dating over 50 million years ago, it is ironic that the legacy of freedom now vividly celebrated was lost owing to a deep malaise of sea blindness at critical junctures of our history. Similar to other scriptures, ancient Indian writings trace the origin of life from the sea.

Maritime India in the pre-historic period has confirmed seafaring activity that continues a tradition of oceanic activity. Medieval India celebrated the ascendancy of Mare Liberum or Freedom of the Sea. The expedition of Rajendra Chola II symbolises the core ethos of Samudri Bharat i.e. Maritime India!

Sea was the medium of culture, connectivity and commerce-enabling geographical India to have had then the world’s highest GDP. This maritime medium sadly became the dimension where we lost our freedom gradually in the pre-modern era and underwent the travails of colonialism. Those eventful centuries from the sixteenth to the eighteenth did see native naval resistance first from the Kunjali Marakkars and later by the Maratha Armar led by Sarkhel Kanhoji Angre. Despite the loss of sovereignty, maritime venture and seafaring flourished through shipping and seafaring through this period with the lashkars (sailors) and coastal communities engaged in oceanic ventures.

Regaining the Spirit of a Free India

A global canvas of naval action enabled young officers and ratings of the Royal Indian Navy to span the seas from the Atlantic to the Singapore Strait, from the Mediterranean to the Persian Gulf and the Red Sea and even from Arakan to Madagascar. They were fighting as sea-warriors for the Allied Forces to stand for freedom.

Some of those young ratings found themselves in the post-war demobilization constrained to be part of the 1946 Naval Uprising that was a key factor in Clement Atlee’s initiating hastening process of Indian Independence to 15th, August 1947. Concurrently, the Indian mercantile marine, the shipbuilding industry and young Indian Naval pioneers were in their journey to build the core fibre of a young politically free nation.

Thick in action in the Junagarh operations shortly after independence, the emerging navy of independent India became a key builder of what is today a preferred security partner and personification of SAGAR (Security and Growth for All in the Region). The successful operations in 1961 liberation of Goa from the Portuguese, the indigenous construction of high-tech warships and the growth of a multi-dimensional navy drew the respect of the global community towards this nation. The ongoing Swarnim Vijay Varsh celebrates the Indian Navy’s finest hour in 1971 as a national instrument of humanitarian intervention leading to the birth of Bangladesh.

Oceans unite and India celebrates the philosophy of Vasudhaiva Kutumbakam (the world is one family) across the world canvas. The Indian Navy has become the primary instrument of the reach and symbol of Indian presence across the oceans towards good order and peace. From anti-piracy operations in the Gulf of Aden to non-combatant evacuations to the ongoing Samudra – Sethu and Vaccine Maitri series, the Indian Navy is the go-to national instrument of India’s global reach.

Sea Mindedness on the Ascendancy

The historical travails from periodic sea-blindness are stark lessons to note. The growing level of maritime consciousness led by the apex national leadership over the last two decades have seen the fruition of the call of legends like Late Vice Admiral MP Awati, Founder Chairman of Maritime History Society, to urge to make the tack to the oceans. Despite a deep continental mindset, it is encouraging to see winds of change in intellectual discourse, academic efforts and policymaking that recognize the need and necessity of Sea Mindedness in an inherently maritime nation. The ascendancy of Aatma Nirbhar Bharat was on majestic display as IAC-I, future INS Vikrant sailed last week for its maiden sea trials. 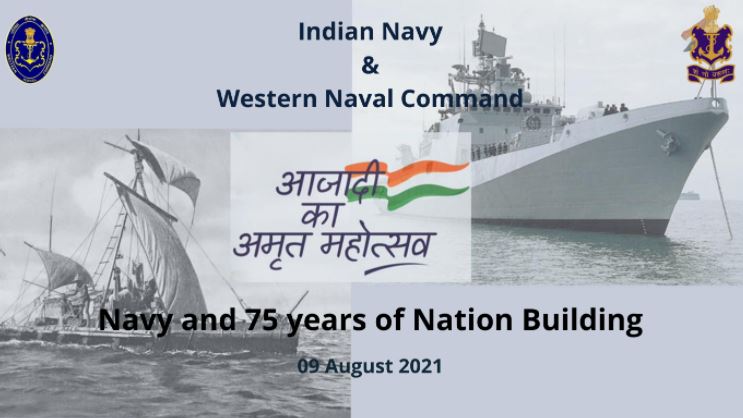 The Azadi ka Amrit Mahotsav Digital Symposium by the Indian Navy on August 9th 2021, draws attention to the Navy and Nation Building. Distinguished scholars share perspectives from our maritime legacy and the journey of freedom ushering in an ongoing process of nation-building. Live proceedings of the event on the Indian Navy YouTube channel starting at 3 pm today!

Disclaimer: The views expressed in this article, are the personal expressions of the author and do not in any way, reflect the official position of the Indian Navy or the Government of India.