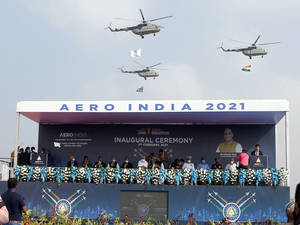 “Today we have this seamless air space surveillance capability across the entire air space and this has been done indigenously with our own industry.