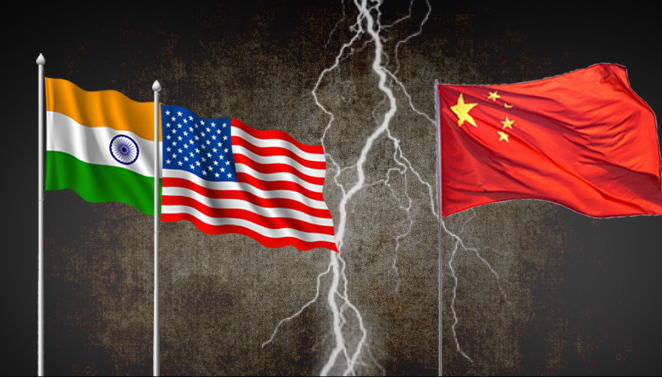 The name Zhang Jiadong may be familiar to India’s community of China watchers. He was posted in the Chinese embassy in New Delhi a few years ago and is presently Director of the Centre for South Asian Studies in Fudan University.

Zhang is considered a rising star and reportedly well connected, which is why his article in The Global Times is being taken seriously. Titled ‘Modi’s tilt to Washington in foreign policy damages ties with Beijing’, it made the following points:

-Modi has abandoned India’s traditional equidistance from major powers
-India is a soon-to-be ally of the U.S.
-India has opposed any anti-U.S. references in the BRICS and SCO
-Strategic cooperation between India and China has therefore soured

Zhang wrote: “After Modi assumed office, India’s foreign policy leaned to the U.S. India is promoting relations with the U.S., winning ‘economic interests’ and coping with the ‘China threat’. It uses the strategic dispute between China and the U.S. to maximize its interests. That has become a new strategy for India’s major power relations.”

The article coincided with the visit of China’s Defence Minister Gen Wei Fenghe to New Delhi as the head of a high-power delegation. China scholar Dr Srikanth Kondapalli believes Zhang’s article reflects the wider view in the Chinese establishment.

“China sees India through a Cold War lens,” argues Kondapalli, Chairman of East Asian Studies at Delhi’s Jawaharlal Nehru University. “A rising India poses challenges for China and therefore the need to use proxies like Pakistan to keep India distracted and under pressure.”

He also believes India has gained little from China. Chinese investment remains minuscule. Politically, India has conceded to Beijing on the Dalai Lama, restricting the Tibetan spiritual leader’s activities to Dharmashala. China is today competing with India in its own neighbourhood.

Others disagree. A senior official who served in Beijing says the border has perhaps never been quieter with fewer transgressions reported. China has relaxed curbs on trade with India, opening the doors to more than 8000 items. Although this is not a bilateral measure since it also applies to other Asian countries, nevertheless it’s good for ties. More important could be Modi’s improved equations with Xi Jinping, which he believes is good for India.

There is already speculation of a visit by Xi Jinping to India later this year. It may not set the Ganga on fire but will confirm the incremental steps both sides have taken to build confidence and restore some trust since Doklam.

It also confirms another point. At a time when Xi is reportedly under pressure internally over the trade war with the U.S., the Chinese leader wants to ensure there are no hiccups on the India front.