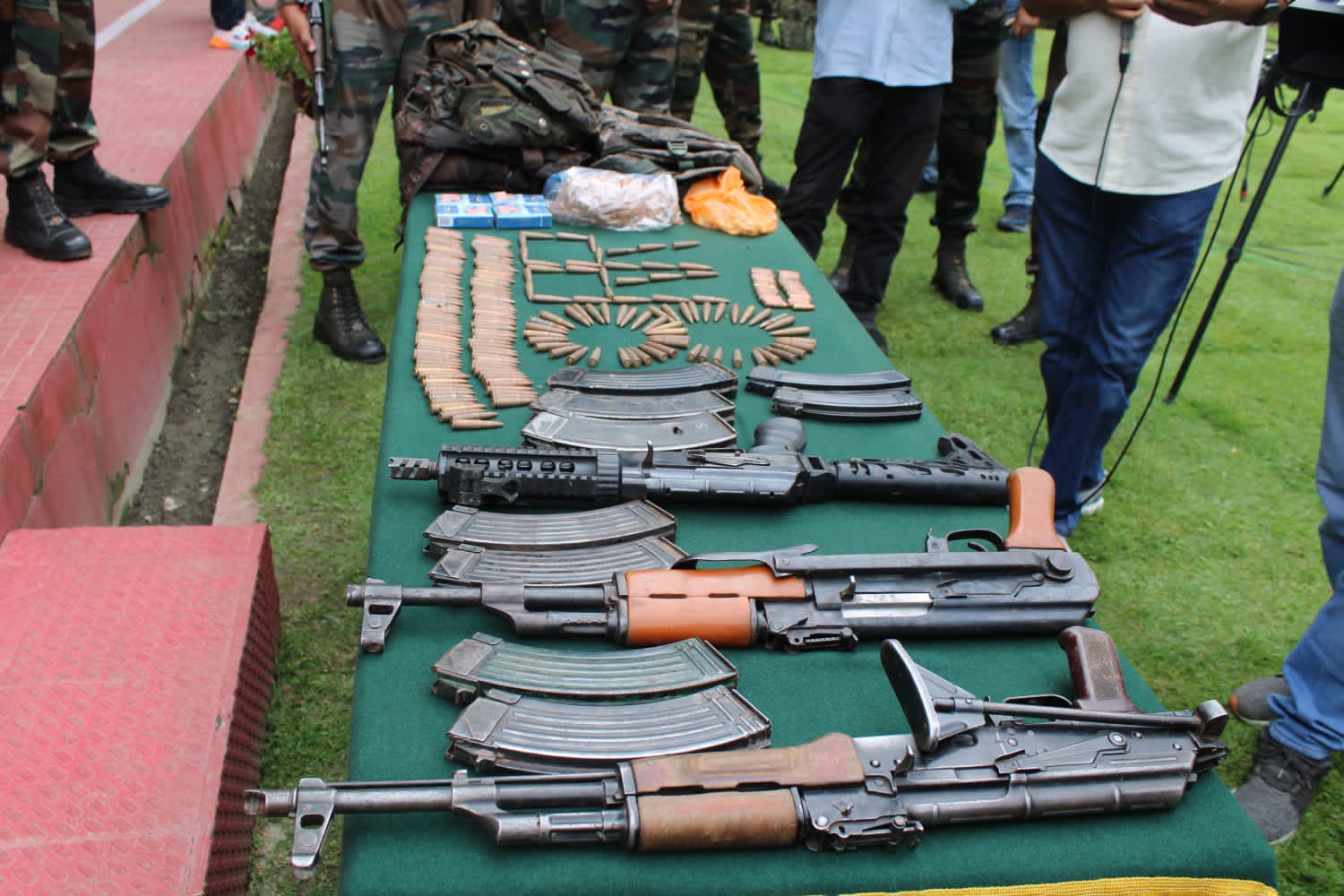 A sharp rise has been recorded in infiltration bids along the western borders as Pakistan continues to push terrorists into Jammu and Kashmir despite the ceasefire holding strong. There were three infiltration attempts from across the border within four days, including the Uri infiltration bid on 25 August. The security forces neutralised three terrorists and recovered two AK series rifles and a Chinese-made M-16 assault rifle from the Pakistani terrorists in the Kamalkote area of the Uri sector while trying to infiltrate the Indian side.

Fourteen terrorists got eliminated during nine infiltration bids, and six infiltration bids were foiled since 1 January this year. However, what is “unusual” about the incident is the recovery of Chinese-made weaponry which bothers security agencies the most. However, it would be premature to say if this hints at a probable nexus between the Pakistani Army, terrorists, and the Chinese Army. “It would be too premature to speculate on the larger context of it. So, I think we will have to really examine and go into the details,” said General Officer Commanding (GoC) of the Army’s 19 Infantry Division Major General Ajay Chandpuri in Baramulla in north Kashmir after the operation.

Electronic surveillance gadgets detected these infiltrators after specific intelligence inputs were received. The use of new generation electronic surveillance equipment, including aerial and ground-based sensors, night vision equipment, weapons and intelligence-based operations, continues to be the mainstay of the Army’s operations against Pakistan-sponsored terror in the region. According to the Army, the use of hi-tech equipment has significantly reduced infiltration from across the border.

“With the robust use of Anti-Infiltration Obstacles Systems (AIOS) with state-of-the-art technology, night vision devices, integrated surveillance and Obstacle systems, and with a robust deployment with the BSF and Indian Army, we find the rate of infiltration through the LoC has actually dwindled,” observed Chandpuri.

Indian Army released a chilling video that shows how the infiltration bid was foiled with the help of hi-tech gadgets.

However, the killing of three terrorists should not be seen in isolation, the GoC averred. “Recently, there have been similar incidents in the area of Pallanwala in Akhnoor district, Nowshera in Rajouri district, where one terrorist was captured alive and then Gurez and Tangdhar in Kupwara. This is not an incident (In Uri) in isolation. Based on credible inputs from multiple agencies, we have up to about 120-140 terrorists in 20 odd launchpads located near the LoC in PoJK (Pak-Occupied Jammu & Kashmir), waiting to infiltrate,” informed Chandpuri. Thus, he said, it is amply clear that there is no change in Pakistan’s intent and actions concerning perpetrating terror in Jammu and Kashmir.

He said that despite the ceasefire agreement, attempts to infiltrate militants into the region are on. “Pakistan is desperate and frustrated and would continue to try to infiltrate terrorists and send in arms and ammunition despite a robust anti-infiltration grid in place,” said Major General and added further that the swift elimination of militants in the Uri operation sends a clear signal of the level of preparedness of troops on the Line of Control (LoC).