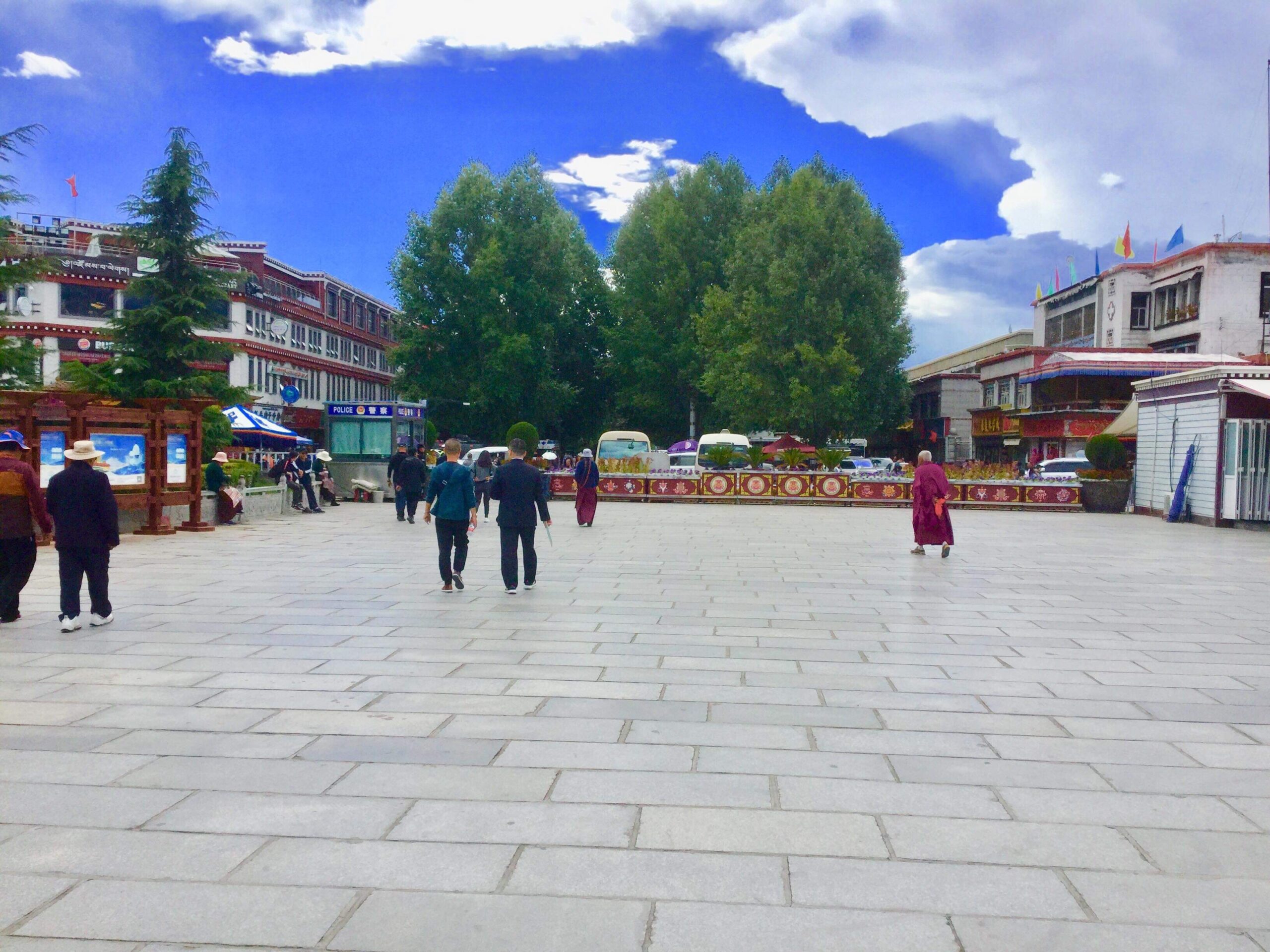 Impressions From Our Recent Visit to Tibet

The visit to Tibet, China’s most politically sensitive region and widely focused upon by the international community is a memorable experience. The region, in the past decade, has seen impressive economic transformation to the larger benefit of community, however the Tibetan identity may have suffered dilution in the bargain.

If we look back, Tibet has been a major issue in India-China relations. Historically, China has maintained Tibet as its vassal state, which has paid tribute to the ruling dynasty in China. However, from being a ‘buffer state’ between both the countries, India’s policy on Tibet has remained rather resolute recognising it as a part of China. Despite some examples of frictions on the issue, use of  the ‘Tibet Card’ has rather remained off limits in India’s policy towards China. Interestingly, India remains home to the largest number of Tibetan refugees and the seat of residence for its spiritual leader, His Holiness the 14th Dalai Lama ever since he fled to India in 1959.

As we visited the Tibetan capital of Lhasa  and some surrounding places, the transformation of Tibetan economy to a fairly developed stage was definitely perceptible. Chinese investments in the region is of course driven by Tibet’s strategic importance, given the huge reserves of natural resources in the region.

Though there are regular exchange programs between China and India, and numerous academic and business delegations often visit different provinces in China, Tibet had not received any youth delegation from India. This delegation visited the Lhasa valley, including visits to many cultural, economic and educational places near the capital city, for one week in the end of October 2018, The visit was collectively organised by the Foreign Affairs Office in Tibet and the Youth Federation of the Tibet Autonomous Region, 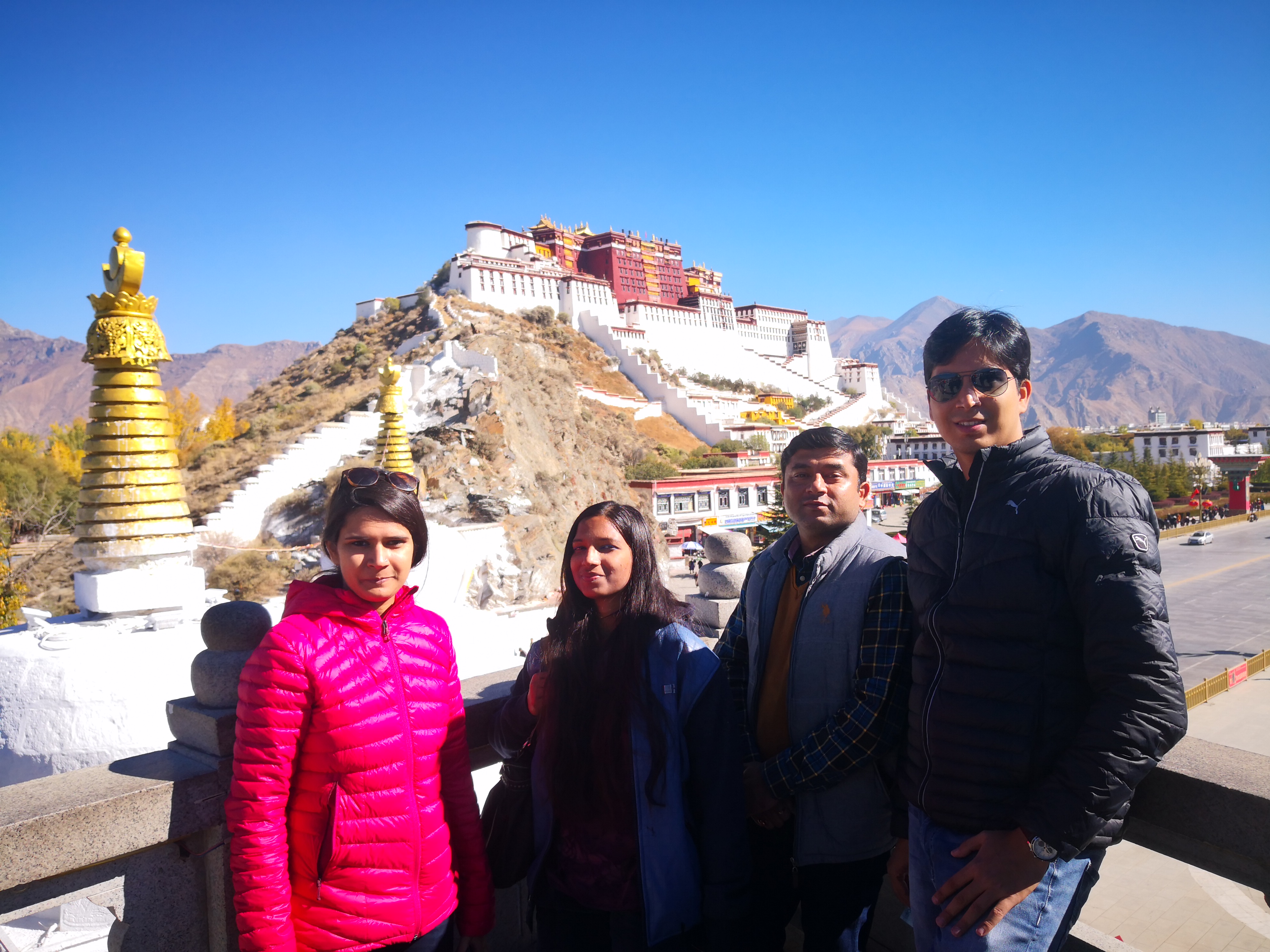 We first visited the center of Tibet’s cultural capital, the famous Potala Palace, the residence and seat of  the Dalai Lama, now converted into a museum after the 14th Dalai Lama moved to India. The Palace is one of the most prominent structures in Lhasa and as a mark of respect to the sacred site, no other structure is built higher than the Palace in the city. It was built in 7th Century AD during the reign of King Songsten Gampo, in the form of a fortress named after Mount Potalaka. The famous palace was able to survive the vulnerabilities of Cultural Revolution in China and was accorded the status of State protected monument in 1961. The renovation of the palace over the years marks cultural continuity in alignment with modernity and the objectives of the party-state.

Another important cultural site we visited was the Jokhang temple, one of the earliest buildings in Lhasa and revered as the holiest destination of Tibetan Buddhism. The most important relic at Jokhang is that of Sakyamuni Buddha brought by Princess Wencheng to Tibet and is a great attraction for thousands of pilgrims. During our visit to cultural sites in Lhasa, we found examples of strong cultural links between Tibet and India going back to the centuries past. These are well preserved and include paintings, scriptures and classical writings mostly pertaining to Budhism. Tourism is one of the key driver in China’s efforts to develop Lhasa, and Potala Palace draws the maximum visitors.

The other key aspect of Tibetan history remains the most popular show of Wencheng Opera, a narrative of Princess Wencheng who was married to the Tibetan emperor Sontzen Gampo. She is revered for dedicating her life for the development of Tibet. The key highlight of our trip was watching the huge live grand outdoor stage show performed by over 600 artists against a background of mountains. A unique way to tell you the story of Tibet and how it has unfolded from ancient times, in bilingual commentaries, making it easy to understand.

Apart from the cultural places, we visited the Four Seasons Village, a model village built by the government, which has seemingly helped lift impoverished people out of poverty. Around 300 families have been provided houses along with employment and some basic skills in training workshops. A visit to the house of old local Tibetan was memorable as he shared his experience of rural life and how the development has made an impact on them. A photo of President Xi and four former Presidents of China displayed together in his house was perhaps an expression of his allegiance.

As we settled in the challenging Lhasa weather, we also had the opportunity to visit the economic development zone in Lhasa, where we visited the mineral water plant and barley beer factory. Mostly mechanised with clean factory premises, these state-owned enterprises (SOEs) represented the typical characteristics of the Chinese economic development model. One of the most intriguing places we visited was the National Yak Museum which was opened in 2014; a first of its kind in the world.Beautifully designed and very well conceptualized, the museum is the most fascinating place to visit in Lhasa. The museum covers every aspect related to yaks and its social, political and economic significance in Tibet.

On the last day, we visited the Tibet University, a very beautiful and scenic campus, some distance away from the city-centre. The campus features a well-maintained library with an exhaustive record of ancient Tibetan manuscripts and literature, which are well kept and are also being digitally preserved. The University hasmany schools related to various disciplines. We got the opportunity to visit the school of arts and aesthetics and its gallery of Thangka paintings, which are a remarkable feature of classical Tibetan art. The visit to School of Information and Technology familiarised us about the technological achievements of the school through a presentation on innovation projects being undertaken by the faculty and young researchers. On our final day, a dinner in an India restaurant for the delegates and the organizers was a warm gesture to formally bring the curtains down on the visit. 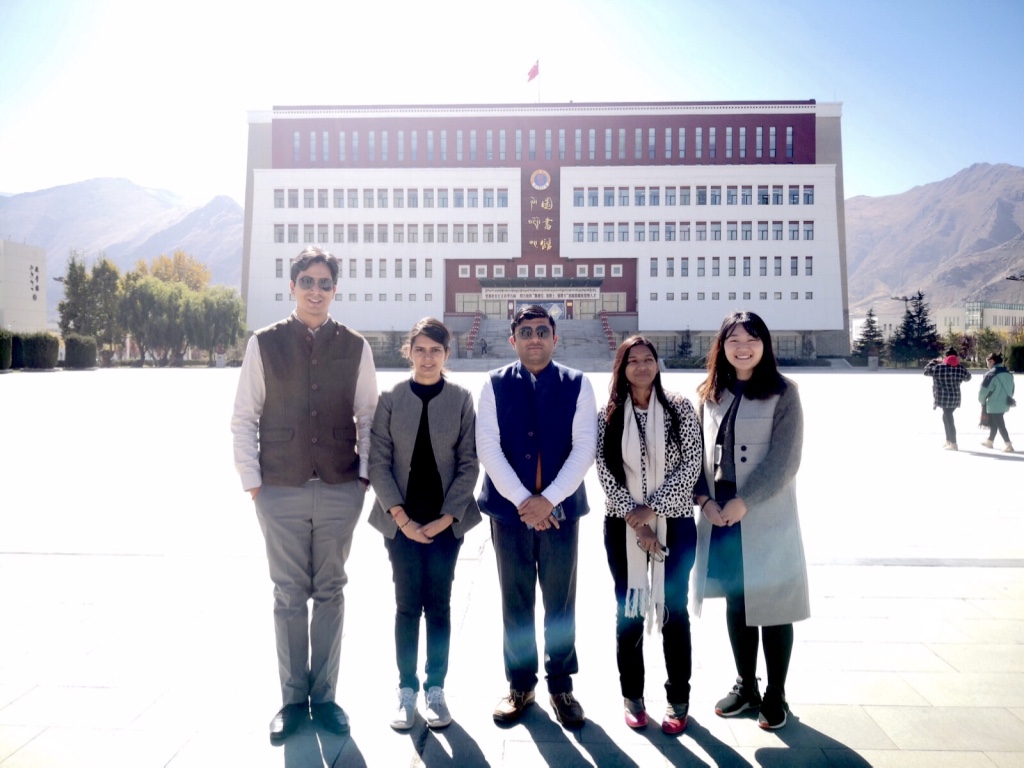 From visiting the famous Potala Palace to walking around the Jokhang temple, it appears that  the old cultural traditions of the plateau have been well preserved . The Bakhror Street was thronged by swarms of people, pilgrims and sightseers and gave the perfect glimpse of the local Tibetan handicrafts and the ancient structures of the city. With a 1000-year old cultural history, the city is an interesting amalgamation of modernity and tradition, religion and faith, old and the contemporary, and opens up new gateways to understand Tibet from close quarters.

To quote Aditya, a fellow delegate from India who was also part  a good mandarin speaker, “Tibetan language and culture has closer cultural affinities with Nepal and India”. He was fascinated to find the appearance of, “Garuda in Thangka paintings, a humanoid bird that appears both in Hindu mythology and Buddhism.” He was particularly impressed with the economic development in Lhasa. He observed that, “The scenic beauty of the place backed by its organized infrastructural development make it an ideal tourist destination, and it must be opened up for people worldwide”.

On the whole, the valley is well-developed and modernized, reflecting the model of Chinese urban lifestyle and structures. It took us hardly 50 mins to reach the valley from the airport driving through various tunnels carved out through the mountains, and a well-developed network of highways and roads. Having visited Beijing and Shanghai previously, the cities be it Lhasa, Beijing or Shanghai have similar urban planning models and seem quite identical in appearance. The use of Tibetan language is quite impressive especially in buses, public stops and taxis, making it a good example of cultural coexistence. Nonetheless, in a bid to modernise, these cities have lost their old charm and their unique cultural distinction given the limitations of state-led development model.

Moreover, be it in the opera performance or during visits to the museums, the official Chinese discourse of Tibet being an inalienable part of China since ages finds expression in diverse ways. The Wencheng Opera is a classical example of how history has been interpreted by the state to its convenience.However, Tibetan history remains contested between the Chinese government and the exiled Tibetan government, and there have been attempts to control the understanding of what went on before 1950 in the region.

What cannot be refuted is the impressive economic transformation of Lhasa and other areas in Tibet, and the positive benefits that this has brought for the native people and other settlers. According to official figures, Lhasa is witnessing a double-digit growth year on year. The important question is if that is really trickling down to uplift the local Tibetan community.

*Authors are researchers at East Asian Studies, JNU and were part of Indian Youth Delegation, 2018 to Tibet. Including inputs from other delegates and interactions during the visit.