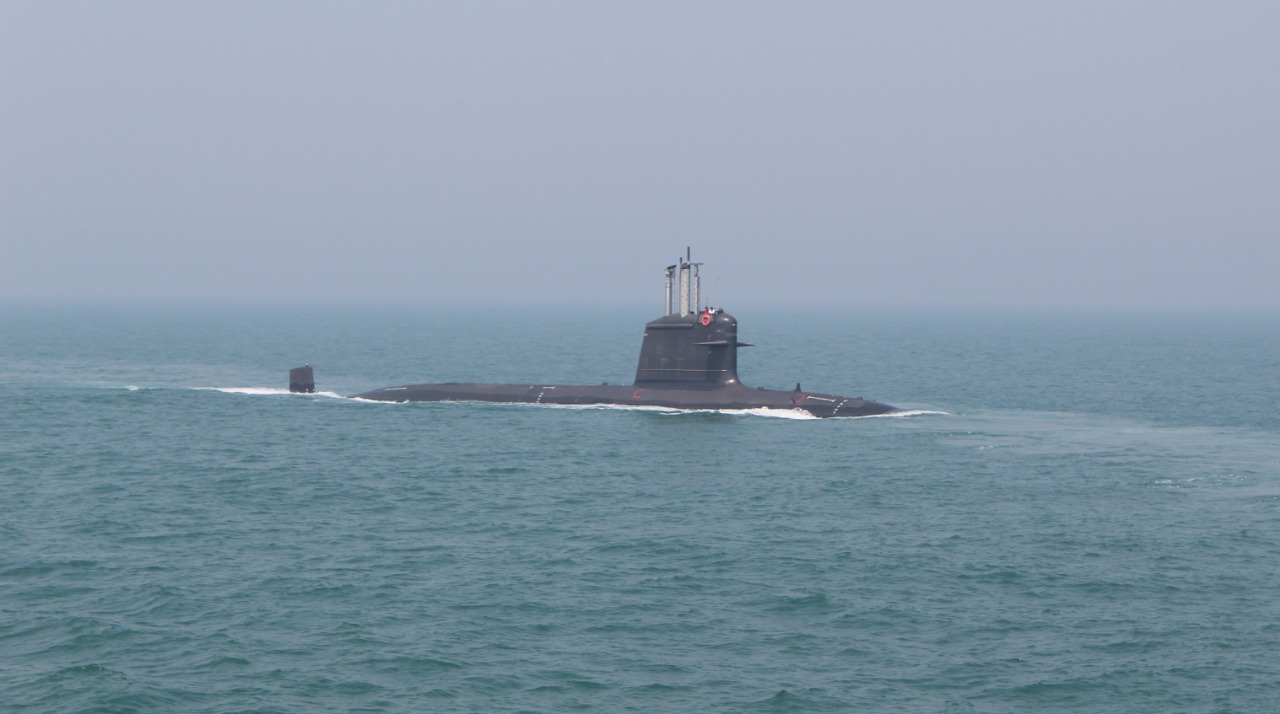 India Gets Missile Destroyer And Submarine To Boost Maritime Power

The Indian Navy will commission a guided-missile destroyer and a Kalvari-class submarine by next week to boost combat capability in dealing with fast-changing security scenarios in the Indian Ocean Region (IOR) driven by China’s growing assertiveness in the region.

Over the weekend, on 21 November, Defence Minister Rajnath Singh will commission the first of modern generation missile destroyer stealth warship, christened INS Vishakhapatnam while submarine Vela will be inducted into the force by the outgoing Chief of Naval Staff Admiral Karambir Singh on 25 November. Both the platforms have been built at Mazagon Dock Shipbuilders Limited (MDL). The induction ceremony will be held at the naval dockyard in Mumbai.

“We all know that the Maritime environment is a complex one and it only increases with more number of players involved,” observed Vice Admiral Satish Namdeo Ghormade, the Vice Chief of Naval Staff (VCNS) while briefing the media on Tuesday in the capital.

The VCNS also informed about the launch of the Survey Vessel Large, ‘Sandhayak’ which is the first of the four Survey Vessels (Large) (SVL) Project being built by Garden Reach Shipbuilders & Engineers (GRSE), Kolkata, with the delivery of the first SVL to the Indian Navy likely by October next year. 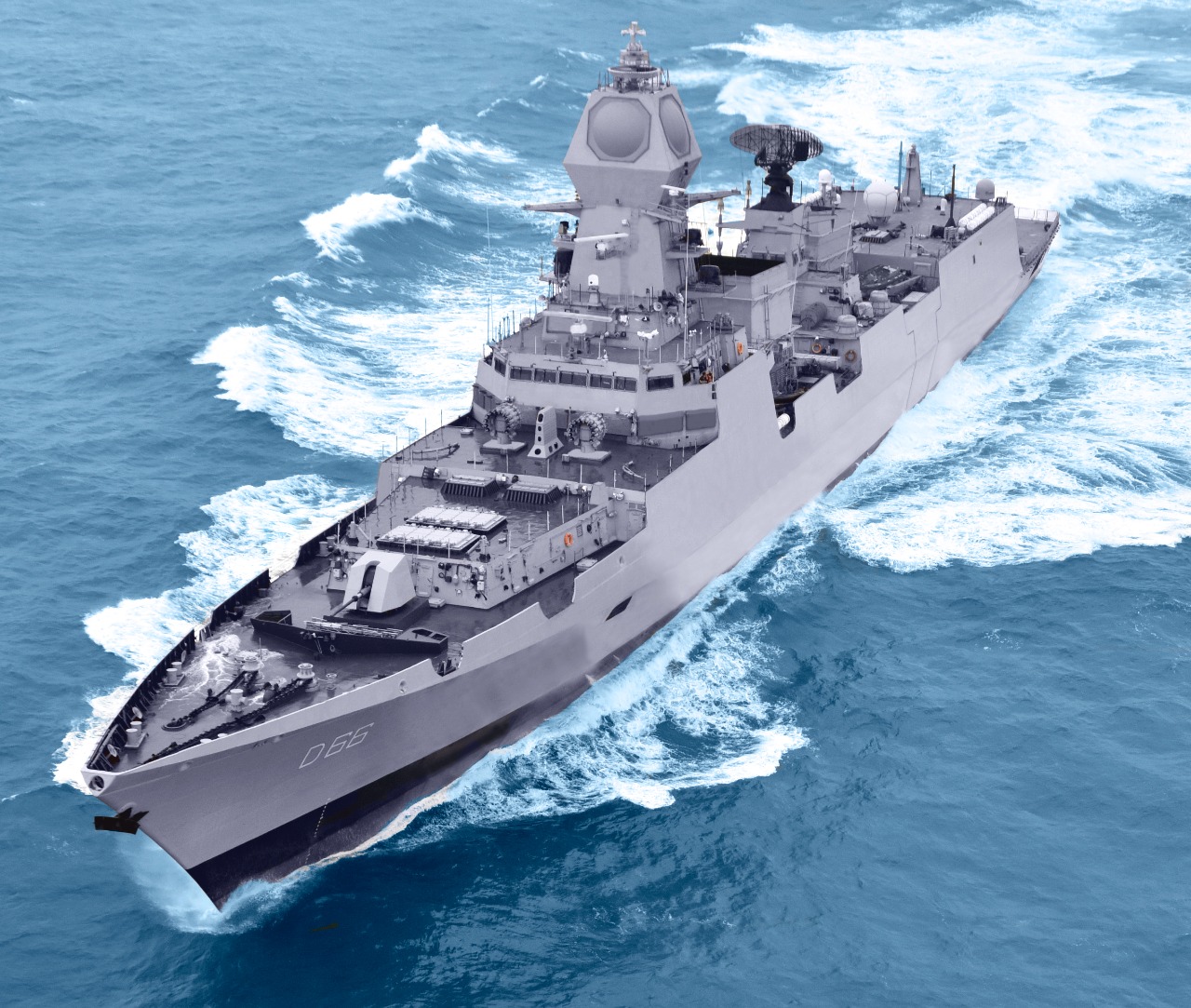 The Naval Vice Chief said that as many as 39 ships and submarines are currently being constructed in various Indian shipyards that will significantly boost India’s maritime power.

“We live in a time when global and regional balances of power are shifting rapidly and the region of most rapid change is undoubtedly the Indian Ocean Region. Continuous efforts are therefore on to ensure that our force levels grow progressively to enhance the capability of Indian Navy to meet the emerging challenges,” the Vice Chief said.

The destroyer “Vishakapatnam’’ is the first ship of Project 15B. Under this project, four ships are being built named after major cities of the country, viz. Visakhapatnam, Mormugao, Imphal and Surat. It is built with indigenous steel, and are a follow-on of the Kolkata class destroyers (Project 15A) commissioned in the last decade. They are designed by the Directorate of Naval Design, Indian Navy’s in-house organization, and built by MDL, Mumbai.

“The commissioning of Vishakhapatnam will reaffirm India’s presence amongst an elite group of nations with capability to design and build advanced warships,” Vice Admiral Ghormade said. He further added, apart from myriad indigenous equipment in the ‘Float’ and ‘Move’ categories, the destroyer is also installed with many major indigenous weapons such as Indigenous Medium Range Surface to Air Missile Systems by BEL, Bangalore, Surface to Surface Missiles by Brahmos Aerospace, Torpedo Tubes and Launchers by L&T, and Gun Mount by BHEL.

The overall indigenous content of the project is approximately 75 per cent, the VCNS said.

Lauding the effort towards indigenisation of the Indian Navy, the Vice Chief said “commissioning of ‘Visakhapatnam’ and ‘Vela’ are major milestones showcasing the Indigenous capacity to build complex combat platforms. This will enhance our capacity and firepower to address the threats both in the above water and underwater domains”. The commissioning of both these platforms has further strengthened the partnership between the Indian Navy, MDL and the Indian Industry, in the pursuit of self-reliance in both warship and submarine design and construction, he said.

Vela is the fourth submarine of the Kalvari Class built at MDL through Transfer of Technology (ToT) by the French Naval Group.The Indian Navy will thus obtain yet another potent platform in its arsenal. “Submarine building is a sophisticated exercise involving placing small components sequentially and logically inside the submarine as the space within is extremely constricted. Very few countries possess this ability in their industrial capacity. India has proven its capability to build our own Submarines for the past 25 years,” he said with pride.

Both warship and submarine building has immensely benefited the Indian industry as they too are able to align to the stringent quality control standards that these platforms demand, he added.