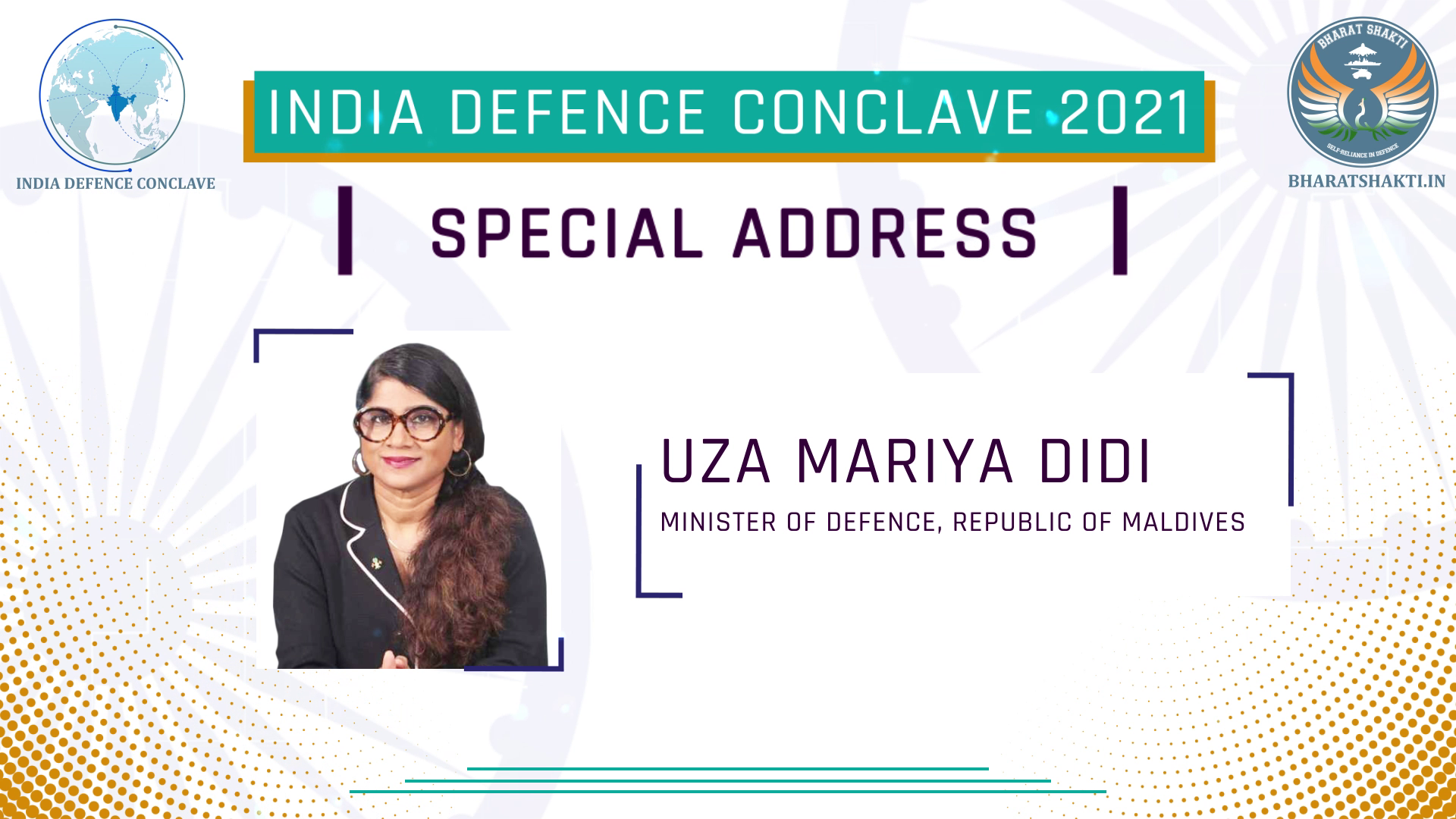 Bharatshakti.in conducted its 6th Edition of its annual marquee event, the Foreign Defence Attachés Conclave in its now upgraded version of India Defence Conclave at the Constitution Club, New Delhi on 22 October 2021. With travel restrictions yet in place, the event was conducted on a hybrid format, with some of the eminent speakers’ video recorded addresses having to be played. Amongst the dignitaries who addressed the conclave were Marya Didi, Defence Minister of Maldives, Defence Secretary, Sri Lanka; the CDS and the Army and IAF Chiefs, and the Indian Defence Secretary. The industry address was delivered by Baba Kalyani, one of the doyens of Indian Industry.

Mariya Didi also stated that India’s size, geography, vitality and wealth provides it with the wherewith all to create an atmosphere of confidence and goodwill in the Indian Ocean Region. She reiterated Maldives’ commitment to keeping the Ocean’s waters free and open.

The gathering at the Constitution Club witnessed a congregation of political leaders, policymakers, military leaders, and industry doyens; professionals from the armed forces and the industry, and strategic thinkers. Panels of eminent leaders from the military, industry and R&D establishments formed the core of interactive sessions of the conclave.

Cooperation among the countries of the region will herald stability. Didi expressed these sentiments when she said, “Together we can resolve our common challenges.”

However, that requires a huge change in Chinese objectives, endeavours, attitude and approach.

Didi also spoke about exercises Maldives Navy has been carrying out with its neighbours. Such exercises build expertise to jointly tackle common challenges. Freedom of Navigation in the Indian Ocean, the critical straits that allow the movement of global shipping, are important for the economic prosperity and stability of the region. The South China Sea is the lifeline for countries around it. The sea lanes of the IOR, as long as they remain open, are the gateways for heralding progress in the lives of close to 3 billion people who live in the area. Quite akin to what Mariya Didi said, “The Indian Ocean is to us, what the Ganges has been to the Indian sub-continent…”