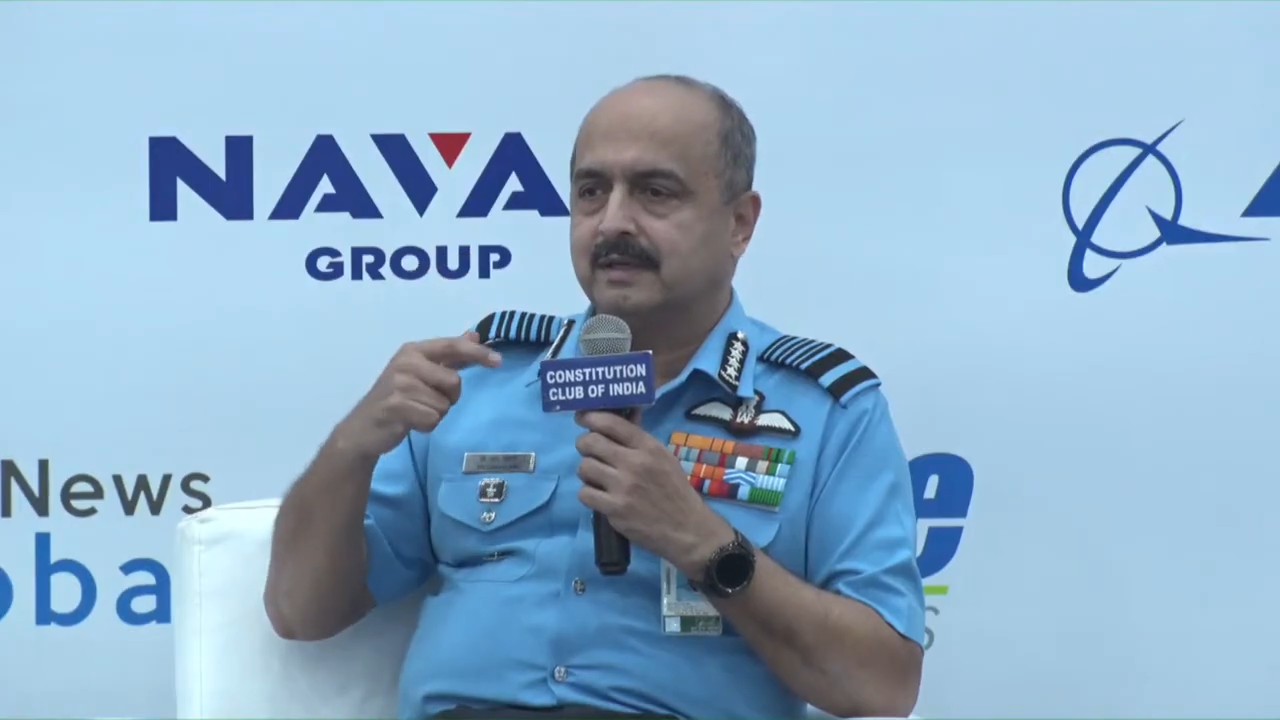 Setting the tone for BharatShakti.in’s power-packed 6th edition of the Foreign Defence Attaches’ Conclave, now in its new avatar India Defence Conclave 2021, Indian Air Force (IAF) Chief Air Chief Marshal Vivek Ram Chaudhari said the scope of the Indian industry in the aerospace sector is humongous. The growth potential will proliferate across the aviation sector with the deal to buy and also manufacture 46 C-295 MW transport aircraft in India.

It’s the first ‘Make in India’ aerospace programme in the private sector, involving the full development of a complete industrial ecosystem. The deal would not only provide a major boost to the transport fleet of the Indian Air Force but the project would give a boost to the aerospace ecosystem in India wherein several Micro, Small and Medium Enterprises (MSME), spread over the country would be involved in the manufacturing of parts of the aircraft.

Interacting with Nitin Gokhale, Founder and Editor-in-Chief of BharaShakti, the Air Chief Marshal observed, “It’s a huge milestone, we have achieved by signing of the contract for C-295 where 16 aircraft will come in fly-away condition and another 30 will be made in India by the Tata Consortium. Each aircraft comes with millions of components. The scope for the Indian industry to chip in is humongous and I see a lot of growth potential not only in the production of C-295 but the technologies that will be accrued from them. They will proliferate across the aviation sector as this is the first time the private industry is delivering an aircraft in India.” 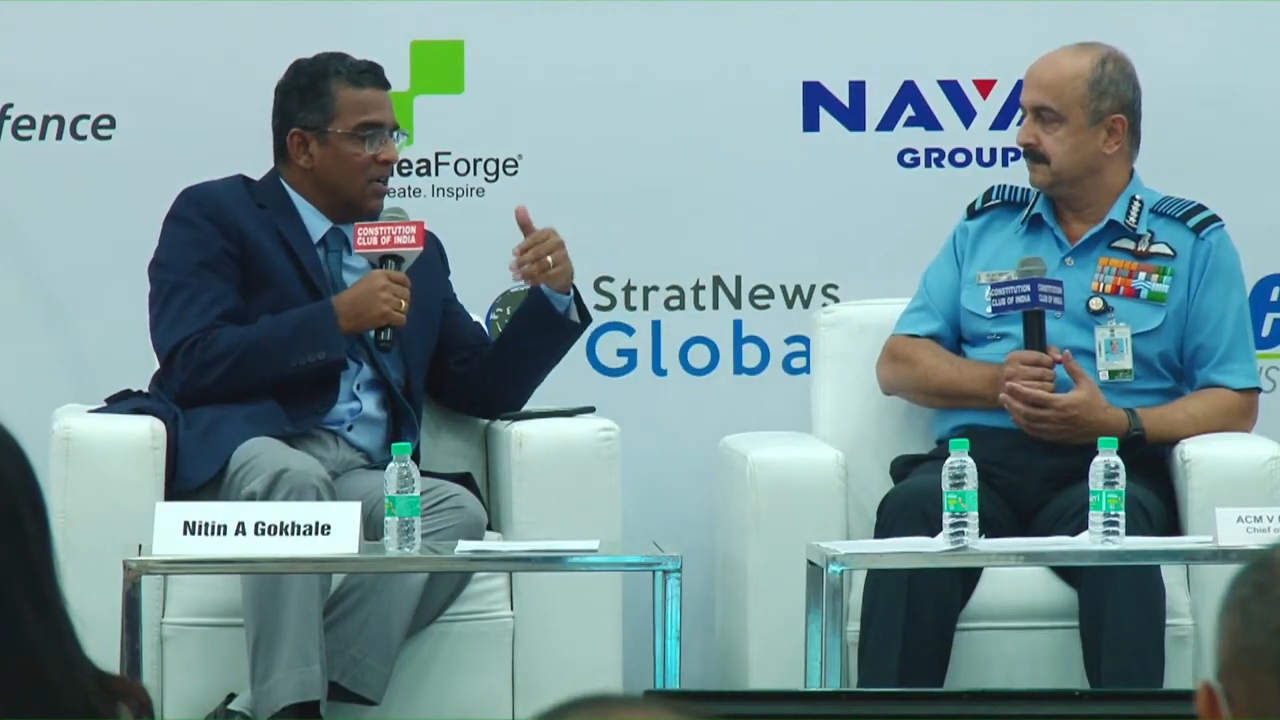 Commenting on the Indian Air Force’s reservations revolving around the integration and jointmanship of the three armed forces, Air Marshal Chaudhari reiterated that the air force was fully committed to tri-service integration to maximise the country’s combat capability.

“We have to be integrated and jointness is the way forward and air force is fully committed towards setting up a joint integrated structure. We have proposed some options and they are under deliberations. But, what is most important is that this kind of theaterisation is going to be the biggest defence reform after independence. I strongly feel that these structures should be robust enough and future-ready. We have proposed some alternative models which can be capitalised on three aspects – synergise the strength of three services, reduce the decision-making cycles and being future-ready,” Air Chief said.

Speaking on the depleting numbers of fighter jets, he said that the air force is looking to ensure the drawdown of the fighter squadrons is quickly compensated with new inductions so that the numbers remain where it’s today and forces don’t lose overall capabilities.

“It is a matter of concern that the depleting numbers of fighter aircraft are continuous and the induction is still way off. But, we have signed a contract for 83 LCA MK-1A. We are in the process of acquiring 12 additional Sukhoi 30s, 21 additional MiG 29s and we have placed our thrust and given a commitment in acquiring AMCA (advance medium combat aircraft) planned for next decade,” the Air Chief Marshal added.

He further observed that the way the IAF goes about its acquisition is by analysing the threat, undertaking acquisitions by a study of the modernisation of adversaries, and ways and means to counter the adversaries. Finally, the process gets linked to training and developing new tactics.

“I can assure you that we are fully aware of the threat perception; the acquisition and tactics are being developed to counter the challenges. Every time you find there is an imbalance in technology and pure numbers, we counter it with better tactics and better training,” IAF Chief said.

Recounting the experiences gained from the situation that developed in Eastern Ladakh last year, the Air Chief said it required acclimatisation of a large number of IAF personnel and stretching of equipment beyond their limits. However, the force is much better prepared now for the long haul, we are better than what we were last year.

The annual conclave witnessed a large gathering of more than 60 foreign defence attaches stationed in India and also a large number of foreign and domestic original equipment manufacturers (OEMs).