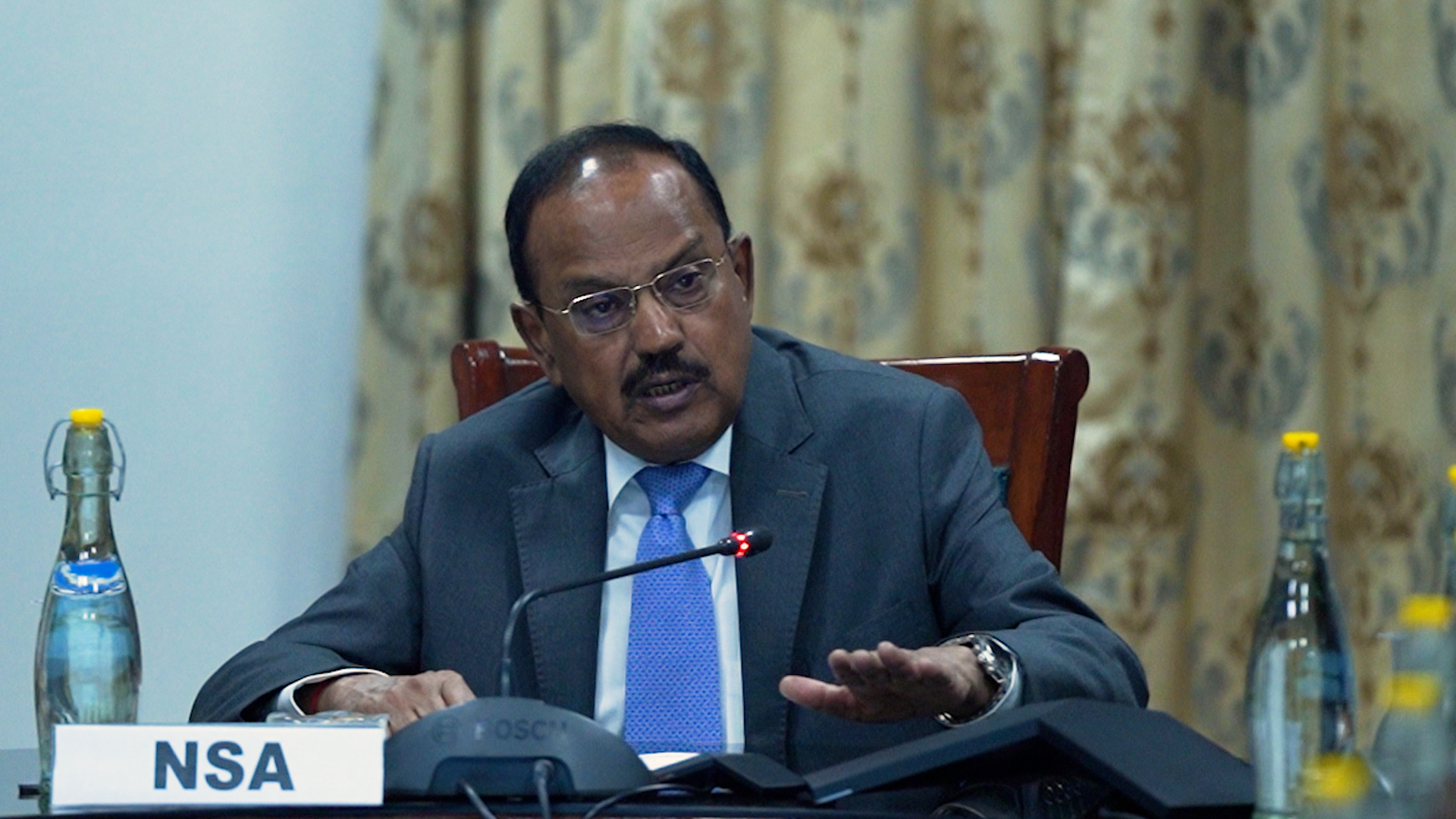 The changing geopolitical scenario in the Indian Ocean Region (IOR) has led to “international rivalries, competition and clash of interests” and it is important for India to protect its interests and be vigilant in this area, said National Security Adviser (NSA) Ajit Doval on Wednesday, while calling for seamless coordination among all stakeholders involved in the maritime domain.

The NSA inaugurated the first meeting of the Multi-Agency Maritime Security Group (MAMSG) chaired by the newly appointed National Maritime Security Coordinator (NMSC) Vice-Admiral Ashok Kumar (Retd.) which for the first time brought together maritime security coordinators from all 13 coastal States and Union Territories (UTs) as well as other stakeholders in the capital to deliberate upon crucial policy issues on maritime security. The Chief of Naval Staff (CNS) R Hari Kumar and Deputy NSAs from the National Security Council Secretariat (NSCS) were also present.

Commenting on a strong maritime security apparatus, the NSA observed that the “trajectory of this nation is very well defined; we know where we are going, and we are going to be there, and our time is going to come. When that time comes, India will not be able to become the power it deserves to be unless it has a very strong maritime security system in place along with better synergy and coordination among the stakeholders. This is perfect timing for it”.

In a major decision to reform coordination of maritime security affairs at the apex level, in November last year, the Cabinet had approved the creation of the post of NMSC, under the NSA, at the National Security Council Secretariat. With this decision, a longstanding recommendation of the 2001 Group of Ministers (GOM) Report on ‘Reforming the National Security System’ got implemented. This reform is intended to ensure a seamless approach to India’s maritime security cutting across geographical and functional domains. The constitution of the MAMSG by bringing together diverse stakeholders at the Centre and coastal States/UTs is a significant step in that direction.

The NSA underscored the need for seamless coordination at all levels and said the MAMSG was part of the larger national security apparatus while the NMSC is the focal point to strengthen the system to infuse synergy among stakeholders.

“The institution of National Maritime Security Coordinator is the most important focal point which will be able to bring about a total synergy. The National Maritime Security Coordinator is part of the larger national security apparatus where the planning, and decision-making are taken at the highest political level” he explained the role of the institution.

Noting that India had seven important maritime neighbours, the NSA stressed that it was important for the country to protect its interests in this arena. “We have certain responsibilities towards our maritime neighbours like disaster management, security assistance and such other things,” he added.

The MAMSG is envisaged to provide a standing and effective mechanism to ensure coordination of all aspects of maritime security including coastal and offshore security, as well as fill the institutional, policy, technological and operational gaps in meeting present and future security challenges. Importantly, the group will also address maritime contingencies requiring an urgent and coordinated response, according to the officials who participated in the event. On the discussions the delegates informed that a number of crucial policy issues on maritime security were taken up, including mapping of existing orders and policies on maritime security to identify gaps, review of standard operating procedures for maritime contingencies, security of ports and coastal infrastructure, creation of a national maritime database, capacity building of coastal States and UTs, promotion of blue economy, etc. A separate session was dedicated to discussion with State Maritime Security Coordinators also.

India is a maritime nation with interests that extend well beyond our maritime zones. 95 per cent of Indian trade by volume is maritime and routed via 12 major and over 200 non-major ports. Over 90 per cent of our hydrocarbon requirements are met through seaborne imports and offshore production. With over three lakh fishing vessels, the marine fisheries sector is a major contributor to the economy and livelihood of the fishing community.

As India’s economy grows, so will its dependence on sea borne trade and maritime resources. Securing our maritime interests from a range of threats and challenges necessitates a coordinated approach. Maritime security has, therefore, rightfully gained prominence in India’s security discourse as well as international outreach.