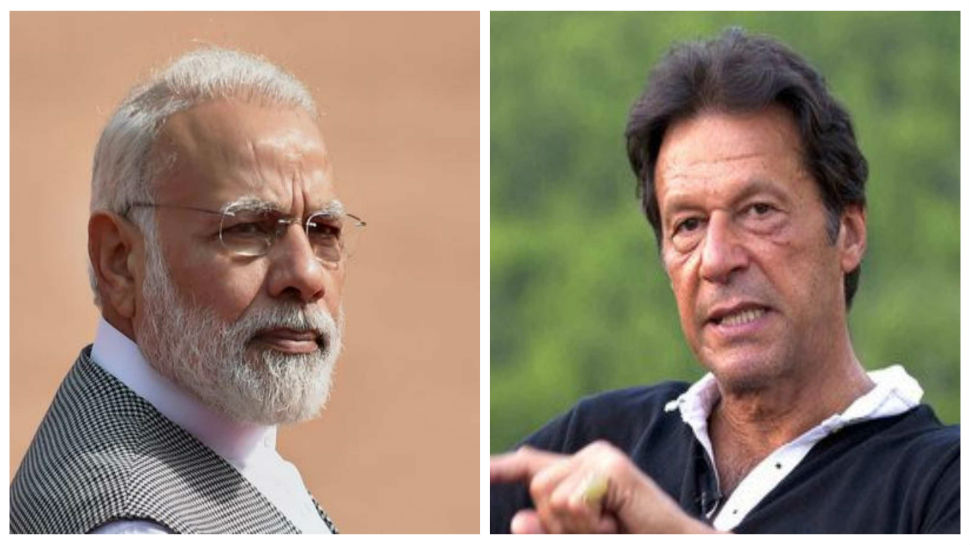 India- Pakistan: To Talk or Not to Talk

India – Pakistan relations are possibly at its nadir, now. The two countries are barely communicating with each other. However, Imran’s taking over the reins provides a ray of hope. Will he be able to restart the process of dialogue without the Pakistani deep state intervening? The answers are difficult to arrive at. The author takes his cues from the recent statements of various stakeholders that hold out the hope of kick-starting the process again.

India- Pakistan: To Talk or Not to Talk

Apparently, a new dawn has come about in our western neighbourhood with Pakistan having elected a determined leader in PM Imran Khan. He struggled for over two decades to dislodge his two major political adversaries. People of Pakistan need to be congratulated for this democratic transition, however violence ridden it may have been. Innuendos about Pakistani military’s role and support to Imran Khan and inclusion of some Ministers from the other parties should not undermine the process as it’s a tale witnessed too often in the politics of this sub-continent.

Imran Khan is apparently a determined leader with his focus on growth and development of the country, along with peace and dialogue with India; as may be concluded from his statements since the elections. While the developmental agenda is a given, for peace with India the other two centres of power, the military and ISI, cannot be discounted. They can either lubricate the process or put the brakes on it. Currently, the signs are positive.

Peace is a prerequisite for progress of Pakistan which has amply been realised by the Pakistani leadership. Hence, they are talking of uninterrupted dialogue and direct bilateral trade with India that barely amounts to around US$2bn. Much more gets traded via Gulf countries, though. No wonder, Imran Khan reiterated again through a tweet: “Best way to alleviate poverty and uplift people of the sub-continent is to resolve our differences through dialogue and start trading.” Earlier, he had said, “If India takes one step we will take two.”
Some CBMs are necessary keeping in view the vitriolic of the past. Perhaps Pakistan could unilaterally consider reciprocating by granting India the Most favoured Nation status (MFN). This could be a good, symbolic and a commendable CBM for starters.

Prime Minister Modi congratulated Imran Khan on his victory through a telephone call that clearly conveyed India’s goodwill. It was followed by a congratulatory letter delivered on the day of oath taking; not released by the Indian side, but much talked about by Pakistanis. It stated that India is committed to ‘constructive and meaningful engagement’ and good neighbourly relations with Pakistan but India’s core concern of cross border terrorism needs to be addressed. The letter clearly underscored “the need for a terror free South Asia”.

The Indian leadership has taken several steps to normalise relations and was ready to start a comprehensive and structured dialogue in 2016 after the impromptu and courageous informal visit by PM Modi to Nawaz Sharif’s residence in Lahore on his birthday. But the deep state became paranoid and staged the Pathankot attack by Pakistan based terrorist groups. It derailed any possibility of a thaw in the relations. Instead, India not only reverted to its hard-line position of “Terror and Talks cannot go hand in hand” but also undertook surgical strikes.
An overt policy of exposing and isolating Pakistan globally was initiated which has achieved reasonable success.

India has always believed that a strong and prosperous Pakistan and our neighbourhood in general are extremely important and has attached great significance to in the bilateral, sub-regional and regional context. Non-reciprocated concessions and extensive assistance have been extended to alleviate the presumed “Big Brother Syndrome”.

China being a bigger regional player has its own equations that generates competition for goodwill and influence in the region. It’s a reality one has to contend with. Pakistan has been emboldened by the largesse, military and nuclear assistance it has been receiving from China as well as other non-regional players. But it also has to calibrate its options with India. An adversarial relationship is a no winner. Hence the recent statements from Pakistani leadership and the army has helped cooling the frayed tempers in India, even as cautious optimism sets in.
Full scale high level dialogue may take a little while longer but a meeting at the Foreign Ministers level on the side-lines of the UNGA cannot be discounted unless the Pakistani deep state indulges in yet another adventurism.

The current debate in India has been full of semantics. Whether we want a dialogue or not is a totally politicised issue. Constructive engagements, as have been happening can ultimately set the stage for a dialogue. Indians and Pakistanis have been talking at various levels. The NSAs have met. The DGMO’s talk. Track II or the Neemrana process is on. Most recently, Imran Khan sent a Minister designate to attend the funeral of Late Prime Minister AB Vajpayee, whom Pakistanis hold in high esteem. The Minister recited Vajpayee’s poem to convey the Pakistani intent: “Jang Na Hone Denge”. More importantly, he was received by the External Affairs Minister, a very warm reciprocation. For that matter even, casual encounters are good enough to convey the important messages.

Pakistan is currently suffering from a tremendous image deficit because of its being identified as a “Haven for designated terrorists”. PM Imran Khan would surely like to reverse the image and not hurt his country’s fortunes further. President Trump has been forthright in accusing Pakistan of its terror connections and demanding prompt and credible action while blocking funds and other assistance. The FATF ruling is also affecting the struggling economy of Pakistan. It’s all weather ally China is also concerned, especially with regard to terror outfits. China may not be able to shield Pakistan at the UN and other bodies for far too long.

Russia is a new-found friend for Pakistan but on terrorism it can also not compromise. Russia has been trying to put some rationality in their approach to India. Pakistan has to realise that addressing India’s genuine concerns by expediting 26/11 trials or for that matter Pathankot investigations, is going to provide it the access and global benefits it is hankering for. A friendly India would be a good asset for them, but conditions apply.

Pakistan would also like to host the deferred ‘SAARC Summit” and if the new Pakistan PM and his entourage and benefactors “Walk the Talk” we could witness substantial improvement in the pace of regional integration and also the bilateral track that has been held hostage to the “Indo-Pak” dynamics. And if the conditions evolve and it’s ripe, a Modi-Imran meet could be the highlight.