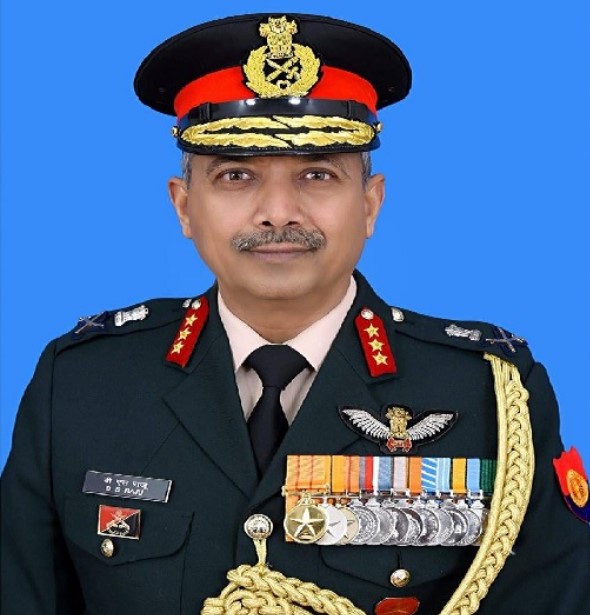 Indian Army also gets it’s Vice Chief today. The Director-General Military Operations (DGMO), Lieutenant General Baggavalli Somashekar Raju, who oversaw the Army’s overall operational readiness in eastern Ladakh. will take over as the Vice Chief of the Army Staff (VCOAS). He succeeds incumbent Lt Gen Manoj Pande who took over the reins of the 1.3 million-strong army on Saturday. This a rare occasion, a three-star General takes over as Vice Chief before serving as an Army Commander.

Lt Gen Raju is a qualified helicopter pilot who has commanded his battalion during Operation Parakram in the Western Theatre. He also commanded the Uri brigade along the Line of Control (LoC) and a counter-insurgency force in 15 Corps based out of Srinagar.

Having functioned as the commander on multiple occasions, VCOAS Raju has offered his services in Kashmir for five tenures ever since he joined the Indian army. Lt Gen Raju is an alumnus of Sainik School, Bijapur and the National Defence Academy (NDA) and commissioned in the JAT Regiment in 1984, according to an official press release. The General Officer also served as the Commandant, Indian Military Training Team in Bhutan,” the release stated.

Before being appointed as the Vice Chief of the Army Staff, Lt Gen Raju was “tenanting the appointment of Director General Military Operations during the standoff” on the Line of Actual Control with China.

Lt Gen Raju had completed his NDC at Royal College of Defence Studies, United Kingdom. He has also completed a Master’s programme degree in Counter-Terrorism at the Naval Postgraduate School, Monterey, United States.

The officer also served in several important regimental, staff and instructional appointments in the Army headquarters and field formations, the defence ministry said.