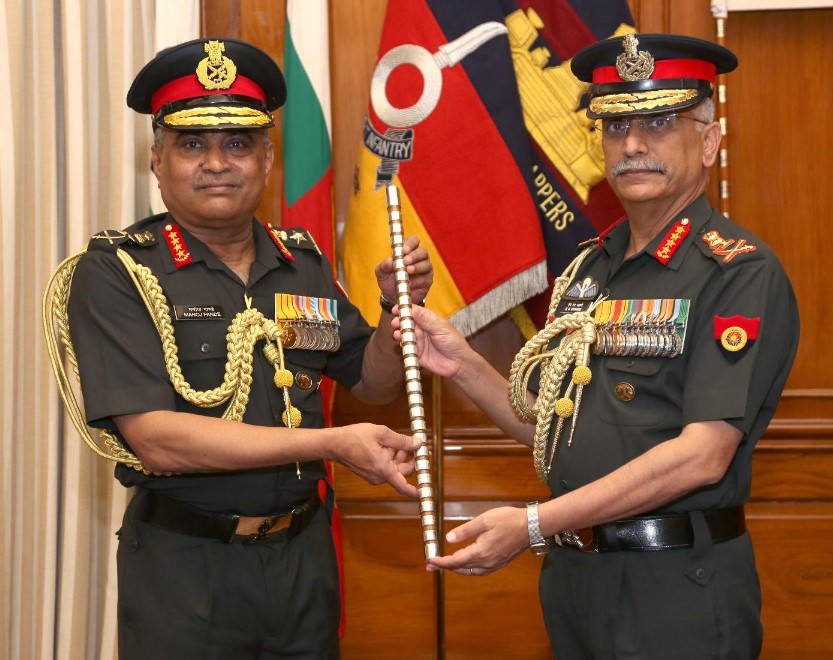 General Manoj Pande took over the reins of Indian Army as its 29th Chief on Saturday from outgoing General Manoj Mukund Naravane, who retired after serving in the top post for over two years. Although the post of Chief of Defence Staff (CDS) continued to remain vacant. General MM Naravane, whom many had expected to be appointed the new CDS as soon as he retired since he was the senior-most among the three Service Chiefs.

Disappointment is palpable among military veterans and sources in the defence establishment over the lingering suspense of CDS, a post vacant for almost five months, and considered crucial at a time when India faces security threats along its northern border with China, and Pakistan to its west.

General Pande is the first officer from the Corps of Engineers to lead the force. Before taking charge as Army Vice-Chief on 1st February, he headed the Eastern Command. One of the tasks of the Command is to guard the Line of Actual Control (LAC) in Sikkim and Arunachal Pradesh. The new Army Chief will have two years and one month to implement his vision for the army and address the challenges that confront the force.

His tenure saw the Indian Army deploy new weapon systems in the eastern sector to strengthen its posture against the Chinese People’s Liberation Army (PLA), amid the military stand-off in eastern Ladakh.

As Eastern Army Commander Lt Gen Manoj Pande spoke at length about many changes and improvements along the LAC to provide a power-packed punch in the East to counter Chinese intentions in an interview given to Nitin Gokhale, Editor-in-Chief of BharatShakti in October last year (interview link: https://www.youtube.com/watch?v=Q27nuNt7okU&t=3s).

In his 39-year military career, Pande has commanded an engineer brigade in the western theatre, an infantry brigade along the Line of Control (LoC), a mountain division in the Ladakh sector and a corps in the northeast. He has also served as the commander-in-chief of the Port Blair-based Andaman and Nicobar Command.

He has taken over as Chief at a time when the border standoff in eastern Ladakh is set to enter its third year in a week since it broke out on 5 May 2020, with a full-resolution still not in sight. His appointment also comes at a time when India is working on a roadmap for the military’s theaterisation to best utilise the resources of the three services for future wars.

General MM Naravane superannuated after four decades of illustrious and meritorious service. His tenure in the office will be remembered for ensuring the health of Indian Army personnel during the Covid-19 pandemic, resolute reply to the Northern adversary in Eastern Ladakh, and a determined push towards Atmanirbharta, besides embracing niche and disruptive technologies to fight future wars. The outgoing Chief gave impetus to military diplomacy, and was instrumental in furthering good relations with India’s neighbouring nations. His tenure saw the completion of the restructuring of Army HQ in New Delhi, resulting in a much leaner and more integrated decision-making body. He was an enthusiastic supporter of theaterisation and was familiar with the challenges involved in creating synergies amongst the three Services.