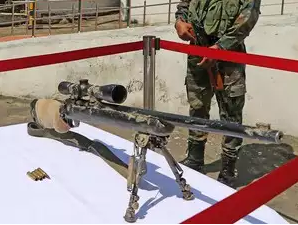 Indian Army to reduce orders of sniper rifles by about 70%

The Indian Army plans to buy just 1,800 state-of-the-art sniper rifles and 2.7 million rounds of ammunition — less than a third of its total requirement — driven by budgetary constraints and the need to speed up deliveries, people with knowledge of the matter said.

The military pruned its original requirement of 5,720 sniper rifles and 10 million rounds of ammunition, which would have cost $140 million, to prioritize spending and advance the purchase of more modern equipment, they said, asking not to be identified as the information isn’t public.

Indian Army spokesman Aman Anand said he had no comment to offer on the change in procurement plans.

The Indian armed forces have 450,000 infantry soldiers, of whom only half go into ground battle and an even smaller number of them use sniper rifles to take out specific enemy targets through precision firing.