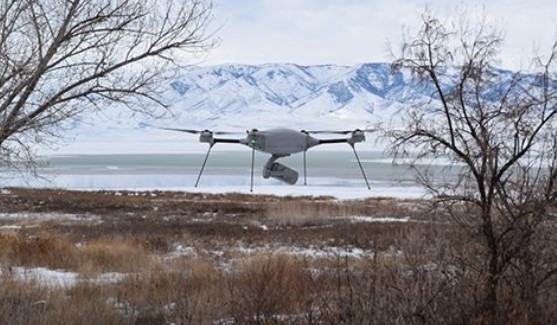 Garuda Aerospace will provide drone hardware as part of the partnership, while Lockheed Martin will provide the software infrastructure for defence and commercial purposes. The companies are committing to exploring expanded partnership opportunities – working closely to build a robust data processing capability and develop joint algorithms which will cater to a wide range of drones and various drone-based service applications in sectors such as defence, agriculture, mining, large-scale mapping, and industrial inspection according to a statement issued by Lockheed Martin.

Vehicles that can carry out data-collection missions without a human on board are referred to as “Uncrewed Systems”. These vehicles can be aerial, terrestrial, or marine. They may also include related components like sensors and communications software. Drones fall under the aerial category. Hence UAS software solutions are required.

“For over 30 years, our team has developed advanced software solutions for the UAS market. We look forward to working with Garuda Aerospace to bring that technology and experience to their Made-In-India drones. This collaboration is a testament to our commitment to supporting the growth of an indigenous defence and aerospace manufacturing ecosystem in India. This will be a step forward in bringing world-class drone software solutions to diverse market segments in India and creating high-tech job opportunities”, said Michael Baker, General Manager of Lockheed Martin Canada CDL Systems.

Agnishwar Jayaprakash, the founder of Garuda Aerospace, said in a statement, “I’m delighted to be working with Lockheed Martin Canada CDL Systems. This partnership will give Garuda Aerospace a strong competitive edge to cement market dominance in several sectors.”

“Ever since our Honorable Prime Minister, Shri Narendra Modi Ji launched 100 Garuda drones in 100 locations across the country and MS Dhoni became our Brand Ambassador, Garuda Aerospace has built a tremendous order book with immense credibility to deliver drones to various sectors, and this is why global corporations, like Lockheed Martin, have faith in Garuda as worthy partners” observed Agnishwar Jayaprakash.

Garuda Aerospace recently commenced its $30 million Series A round at a $250 million valuation. Former Indian cricket team captain Mahendra Singh Dhoni has invested and is also the company’s Brand Ambassador. Garuda Aerospace boasts of a drone fleet of 400 drones and a well-trained team of over 500 pilots across 26 different cities. Garuda Aerospace has been India’s most valuable startup and expects to be India’s first drone Unicorn startup soon.