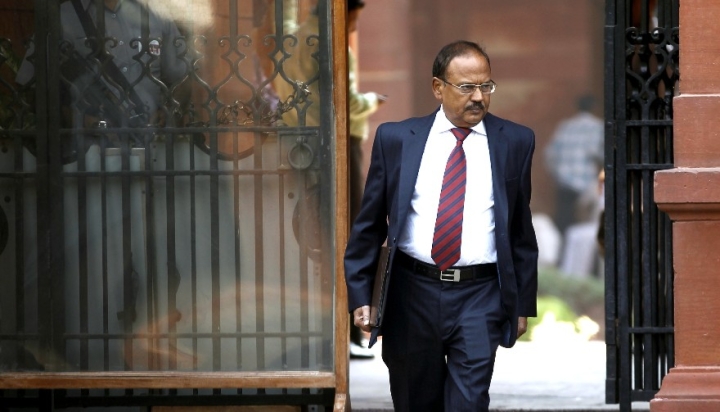 India’s freshly-minted National Security Strategy (NSS) document is currently under review and is likely to be adopted in coming weeks, informed sources have told. The review, undertaken at various formal and informal levels, was supposed to have been completed earlier this month for the Prime Minister to take a final call if some its content could be put out in public domain. However, the delay in completing the consultation has postponed that decision to a later date. There was a thought in the highest quarters that some of the action points flowing from the document could be announced from the Red Fort by the Prime Minister during his Independence Day address. However, it was ultimately deferred because the NSS had not yet taken a final shape.

The current draft NSS is premised on a set of assumptions that take into account among others, India’s geographical location, its need for diversifying energy resources, be alive to the possibility of a two-front threat and the rapidly-changing international order.
Apart from laying down India’s short, medium and long-term strategic objectives, the NSS suggests ways to achieve them and seeks to reform and restructure the existing national security architecture.

Some key suggestions include: revamping the National Security Council Secretariat (NSCS) headed by the National Security Adviser (NSA), enhancing jointness and integration among the three armed forces, building a robust military-industrial base and adopting a more nimble-footed and pragmatic foreign policy based purely on national interest.

The NSCS has in fact already started implementing parts of the plan. Appointment of the second deputy National Security Adviser has already been announced. The two Deputy NSAs will handle specific subjects allowing quicker decision-making. The restructuring also involves reviving the post of a Military Adviser working with a wider ambit and enhanced responsibilities.

Similarly, the NSS will incorporate a military doctrine flowing out of internal consultation done in the Ministry of Defence (MoD) both at the HQ Integrated Defence Staff (IDS) level and in the newly-formed Defence Planning Committee (DPC). The DPC, as already reported, is mandated to conceptualise and execute plans in the following broad areas: national security strategy, strategic defence review and doctrines; international defence engagement strategy; roadmap to build defence manufacturing eco-system; strategy to boost defence exports; and prioritise capability development plans for the armed forces over different time-frames in consonance with the overall priorities, strategies and availability of financial resources. The government is likely to take a call on creating the post of Chief of Defence Staff (CDS) as a single point military adviser once a clear framework on integration and jointmanship among the three services is established. As it stands, a slew of changes are likely to take place in the national security architecture in the next few months.