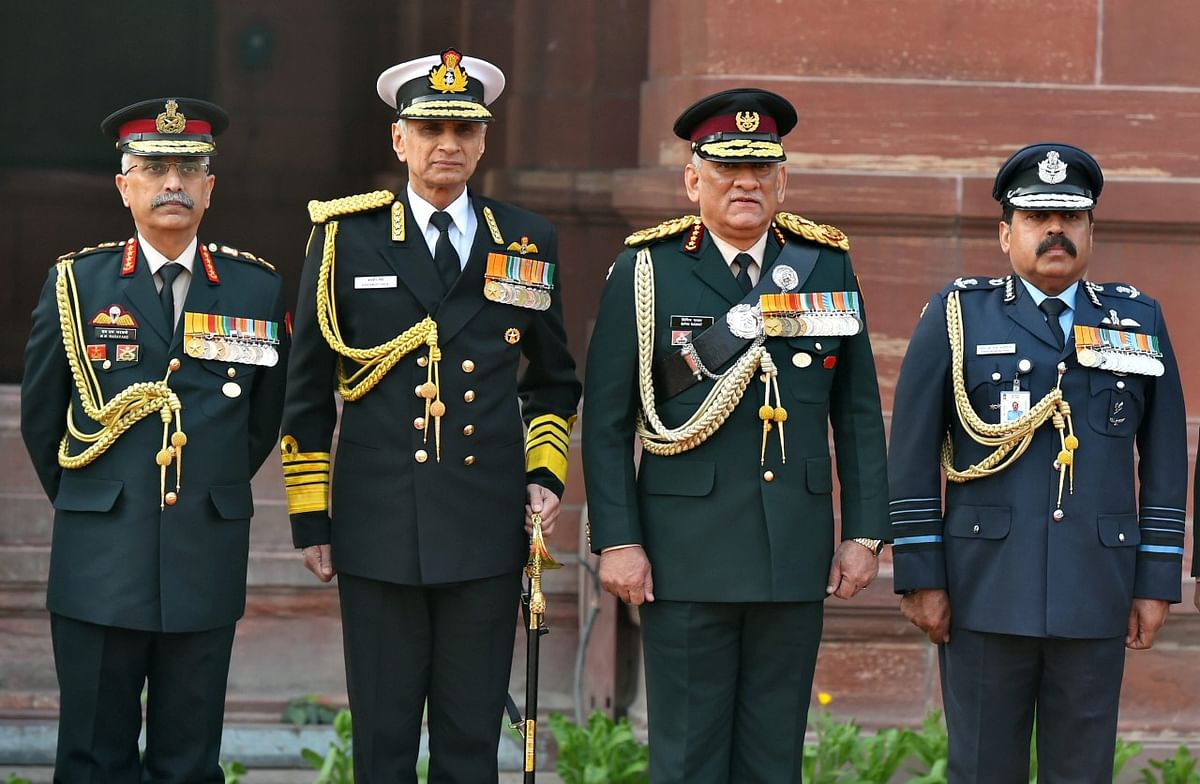 The second stage of reforms in India’s higher defence management is likely to get off the ground over the next two three months with the military leadership in the process of finalising the contours of at least two joint theatre commands to be formed this year, as all indications suggest.

The Chiefs of Staff Committee (CoSC) under the Chairmanship of Chief of Defence Staff Gen Bipin Rawat is likely to discuss two studies authored by the Vice Chiefs of the Indian Navy and the Indian Air Force for the creation of the Maritime Theatre Command and an Integrated National Air Defence Command over the next few days.

From all indications available in the public domain, the Maritime Theatre Command (MTC), to be headed by a three-star (Vice Admiral) level naval officer will include the existing Eastern and Western Naval Commands, a scaled-down Andaman and Nicobar Command, the Southern Air Command and two brigades of the Army, capable of carrying out amphibious operations, besides two squadrons of the air forces’ maritime strike aircraft. 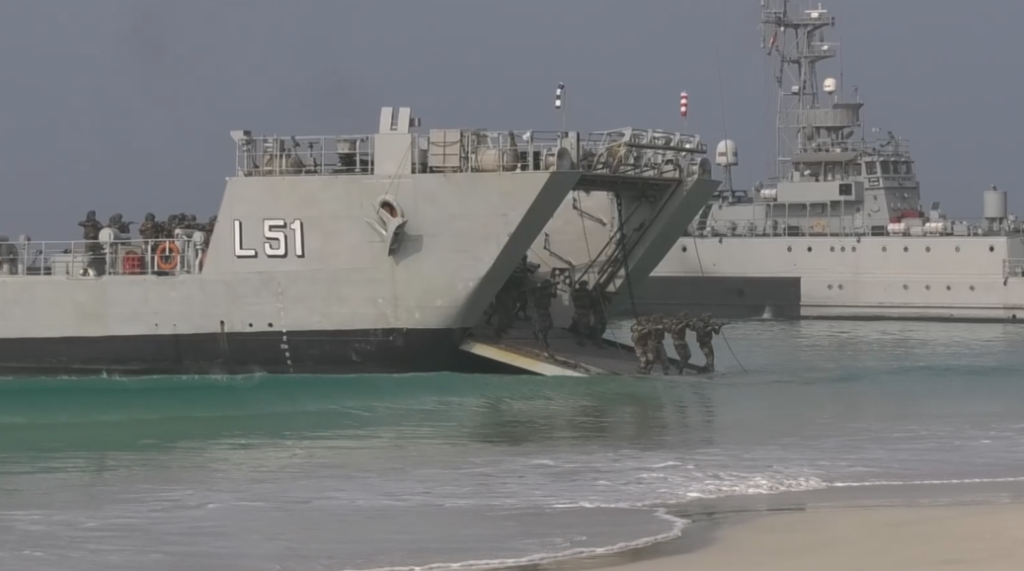 To be most likely headquartered in Karwar, which has one of the biggest naval bases in the country, the Maritime Theatre Command will have a vast area of responsibility stretching from the western Indian Ocean to the western Pacific (in keeping with India’s definition of the Indo-Pacific region). The Andaman Nicobar Command, India’s first tri-services command, in its 20th year currently, is likely to revert to being Fortress Andaman and Nicobar or FORTAN to be headed by a Lt General or equivalent officer in the other two services by turn. The head of FORTAN will report to the Flag Officer Commanding-in-Chief (FOC-in-C), Eastern Naval Command, according to the recommendation of the study on Maritime Theatre Command. While the Air Force element in the Maritime Theatre Command will be provided by the assets of the Southern Air Command based in Trivandrum, two squadrons of the IAF, comprising its maritime strike aircraft Jaguars and Su-30s, based in Jamnagar and Thanjavur respectively will also form part of the Maritime Theatre Command. 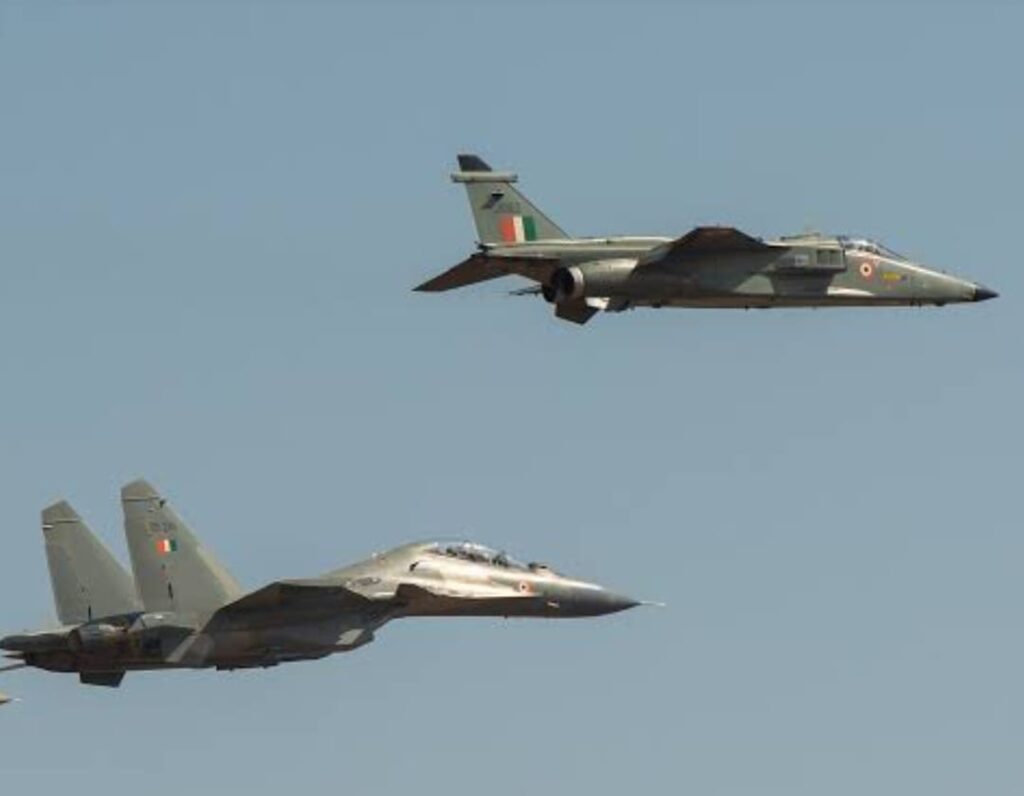 The Trivandrum-based 91 Brigade and the Port Blair based 108 Mountain Brigade will provide the Army element in the MTC. Both these brigades have been working in close tandem with the Indian Navy for years and are well-versed with the requirements of maritime operations, quite distinct from land-based manoeuvres.

While the structure of the MTC seems more or less settled, the details of the National Air Defence Command are yet to be firmed up. In fact, some conceptual issues require resolution before Air Defence National Command is structured. How will the mobile and short-range air defence resources of army formations be grouped for command? What will be the design for provisioning air defence for ships/ fleet at sea beyond territorial waters? These questions are apparently being debated. The headquarters of the new air defence command is likely to be located either at Allahabad or at Nagpur, reports say and it is certain to be headed by a three-star rank Air Force officer.

The Air Defence Command has also some practical difficulties to overcome since the air defence assets, systems and equipment that all the three forces hold currently is diverse and of a different vintage. In addition, the personnel of the three services handling air defence are trained differently. Combining all or most assets and getting everyone on one page will be a mammoth and time-consuming task, according to those dealing with the task of integrating the disparate elements.

One school of thought is that there should be one theatre each for the western front (against Pakistan) and the entire northern front against China. However, given the twin challenges of a vast frontage of the northern borders and complexities of handling a proxy war waged by Pakistan in Jammu and Kashmir, another view is to have a Western Theatre Command (for Pakistan), Northern Command (to include Jammu and Kashmir, Ladakh and northern border west of Nepal), and an Eastern Command (starting from East of Nepal and extending to the Myanmar and Bangladesh borders). Discussions for finalisation of these commands are on currently but their approval may come in the third stage, according to all indications available so far.

The theatre commanders will become the operational commanders once the commands are rolled out and will be taking instructions from the CoSC, headed by the CDS and comprising the three Chiefs of Staff of the respective services. The Chiefs will thus continue to have a say in operational matters through the CoSC. However, they will mainly be responsible to raise, train and sustain the three services. All these steps are likely to get implemented progressively.

While the timelines may vary, what is certain is that jointness and integration of the three armed forces is now an irreversible process since the decision was approved by the CCS, India’s highest decision-making body on security matters way back in mid-2019. The ball was set rolling on 30 December 2019 with the appointment of Gen Bipin Rawat as the first Chief of Defence Staff (CDS).

The announcement of the creation of India’s first CDS was made by Prime Minister Narendra Modi from the Red Fort during his customary Independence Day speech on 15 August. While making the announcement, the Prime Minister said: “India should not have a fragmented approach. Our entire military power will have to work in unison and move forward. All the three (Services) should move simultaneously at the same pace. There should be good coordination and it should be relevant to the hope and aspirations of our people. It should be in line with the changing war and security environment of the world. After formation of this post (CDS), all the three forces will get effective leadership at the top level.”

As a follow-up, four months later, on 24 December 2019, the Government notified the appointment of the CDS. It also went a step further by creating a Department of Military Affairs (DMA) and made the CDS the Secretary of the Department within the Ministry of Defence (DMA). The CDS, now the Principal Military Adviser to the Government, is also the Permanent Chairman CoSC. Among many other tasks mandated to him, according to an official press note issued that day, the CDS is to function as the Military Adviser to the Nuclear Command Authority, bring about jointness in operation, logistics, transport, training, support services, communications, repairs and maintenance, etc., of the three Services, within three years, ensure optimal utilisation of infrastructure and rationalise it through jointness among the services, and finally bring about reforms in the functioning of three Services aimed at augmenting combat capabilities of the Armed Forces by reducing wasteful expenditure.

The DMA meanwhile, is now manned by a mix of civilian and military officials with a three star Army officer designated as Additional Secretary (No. 2 to the CDS, who is also Secretary, DMA) and three Major General rank officers drawn from each service serving as Joint Secretaries. Two civilian officers are also part of the DMA as Joint Secretaries. This arrangement is certainly a major departure from the past and is indicative of the change that is currently underway in the MoD.

Difficulties in implementation of major plans notwithstanding, India’s defence reforms are well and truly on track.