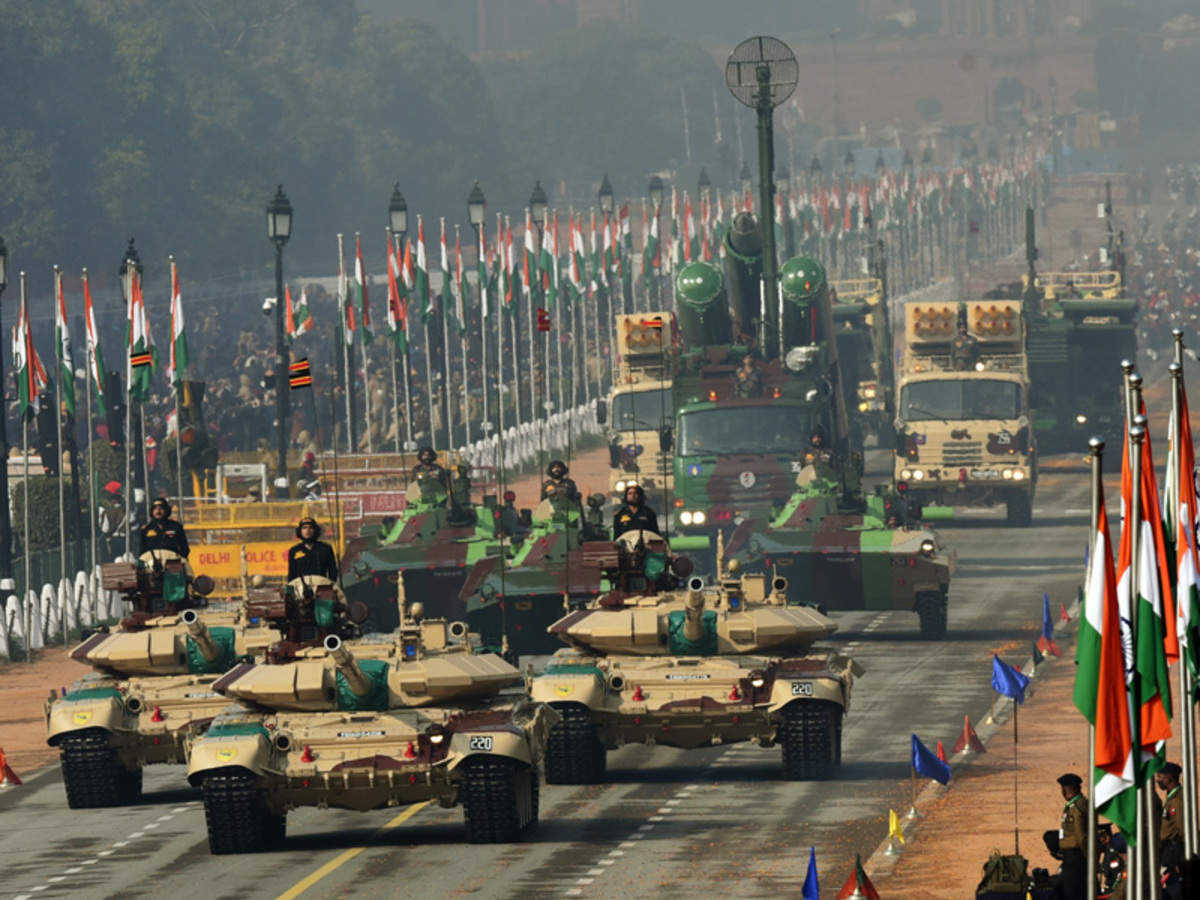 Less than 10-days before DefExpo 2022–perhaps Asia’s largest defence exhibition–kicks off in Gujarat’s capital Gandhinagar, it is important to make an attempt to understand the philosophy behind India’s recent quest for Atmanirbharta or self-reliance.

While Atmanirbharta is now a mantra leading to new strategies being tailored and old ones being refined in multiple sectors of the economy, in the Indian Defence sector, beyond the obvious objective of developing a robust indigenous defence industry, the policy of self-reliance takes into consideration the current geo-politics of a world in transition.

As big powers jostle for influence and control, the rivalry between the United States and China will be mainly played out in the field of technology that underpins military strength. As China leverages its technological growth, economic strength and growing military might to challenge the dominant position held by the US, middle powers such as India will get caught in the cross-currents. The fight for global leadership will involve not just kinetic instruments of hard power, but more significantly economic measures, hybrid options, the information domain and a lot of brinkmanship that could easily spiral out of control.

There is therefore no option but for India to be self-sufficient in defence as a safeguard for preserving national sovereignty.

Prime Minister Narendra Modi’s opening address on 25 February in the webinar titled ‘Atmanirbharta in Defence – Call to Action’ was a timely reminder of this imperative. He reiterated the need for all stakeholders in this vital sector to work diligently towards self-sufficiency.

The call could not have come at a more appropriate time. With the Russians coming increasingly under Western financial sanction consequent to their invasion of Ukraine, India with over 60 per cent of its military equipment of Russian origin has a tough task ahead to maintain its military strength. The current global situation and geopolitical trends bring the necessity of Atmanirbharta to the fore again.

The Modi government’s attempt to promote indigenisation was clearly enunciated as early as 2016 when a new Defence Procurement Procedure was released. The late Manohar Parrikar produced a document that was by itself a leap of faith. This policy brought about two new concepts. Firstly, it introduced the Indigenously Designed, Developed and Manufactured (IDDM) category as the most preferred ‘Buy’ option. Secondly, it enunciated the Strategic Partnership concept, under which Indian defence companies can manufacture entire platforms in nominated sectors by partnering with foreign OEMs.

Building on the new policy mindset, the Defence Acquisition Policy 2020 also continues to lay greater emphasis on localisation, indigenisation and innovation in defence procurement. strategic policy and processes for defence acquisition. Under the self-reliant India campaign, the country’s goal is to make the nation the world’s biggest military power on its own and develop a modern military industry here.

The Ministry of Defence (MoD) has set a target of achieving a turnover of Rs 1.75 lakh crore in aerospace and defence goods and services by 2025, including exports of Rs 35,000 crore. India’s dependency on imports has decreased considerably due to measures taken by the Government, including notifying two positive indigenisation lists to promote self-reliance and defence exports. Recent policy changes have resulted in defence exports increasing by more than 325 per cent over the last five years. The country exported defence equipment worth Rs. 8,434.84 crore during 2020-21. The recent sale of BrahMos missiles to the Philippines is a game-changer for India’s quest to become a credible defence exporter.

Boost to Make in India Initiative

The government has also made sure adequate funding is available for the country’s defence preparedness despite the precarious economic situation brought about by two years of the coronavirus pandemic. Through enhanced budgetary support over the years, the Government has placed modernisation and infrastructure development of the Armed Forces at the centre stage of the National Security and Defence Planning process. In 2019-20, one-third (32.19 per cent) of the total capital expenditure of the central government was spent on defence which is the highest among all other central ministries. It also earmarked 64.09 per cent of the Capital Acquisition Budget in 2021-22 for domestic capital procurement and 15 per cent of the capital procurement budget for direct procurement from private industry.

The Union Budget 2022-23 would give further fillip to ‘Make in India’, boost demand and build capacities for a stronger, prosperous and confident India. The total allocation under Capital Outlay of the Defence Services has been increased from Rs 86,740 crore in 2013-14 to 1.52 lakh crore in 2022-23. There is an enhancement of 76 per cent over a period of nine years. This fiscal, 68 per cent of the capital procurement budget has been earmarked for the domestic industry, from 64 per cent in the previous financial year, making clear the government’s intention to encourage and boost the domestic defence industry.

However, beyond processes, procedures, budgets and markets a rapid attitudinal change is required amongst both civil and military bureaucracy. Without a mindset change among officials who look at the defence industry as a partner in India’s quest for self-reliance in defence and not as just companies out to make a profit, the recent policy changes will remain on paper.

As the Prime Minister observed: More than 350 new industrial licenses have been issued for defence manufacturing in the last seven years. In comparison, between 2001 and 2014, only 200 licenses were issued.

Significantly, this fiscal 25 per cent of the defence R&D budget has been kept aside for industry, start-ups and academia. Special Purpose Vehicle (SPV) model has also been arranged in the budget. “This will establish the role of the private industry as a partner beyond just a vendor or supplier”, the Prime Minister pointed out. He also spoke about a transparent, time-bound, pragmatic and fair system of trial, testing and certification as an essential element to the growth of the vibrant defence industry.

The Indian defence industry is certainly on the cusp of transformation. If all stakeholders put their minds to it, there is no reason why India cannot become self-reliant in its defence requirements and also a leading defence exporter in the years to come.