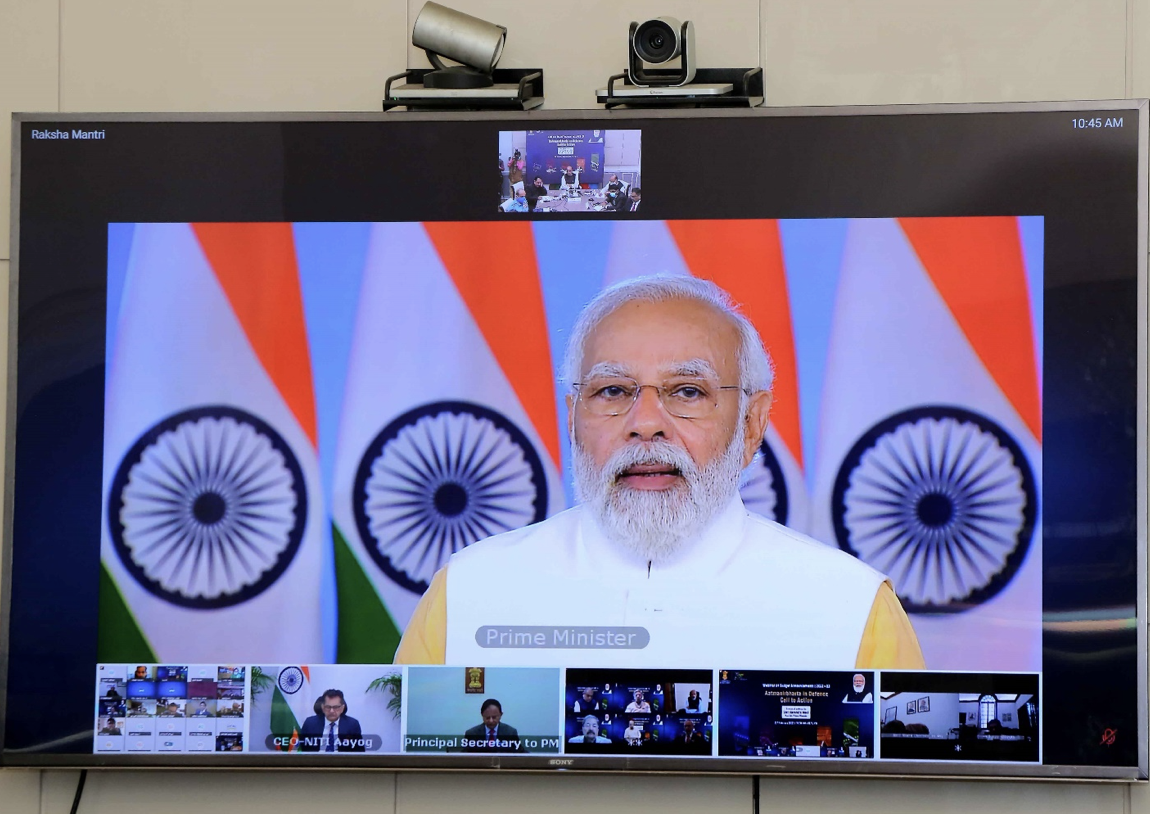 Prime Minister Narendra Modi said this year’s budget has given further impetus to Atmanirbharta (self-reliance) and ‘Make in India’ initiatives in the defence sector and informed that the defence contracts worth Rs. 54 thousand crore have been signed for domestic procurement and pocurement process of more than Rs. 4.5 lakh crore worth of equipment is at various stages in the defence sector.

Addressing a post-budget webinar titled ‘Aatmanirbharta in Defence – Call to Action’ on the announcements made in Union budget 2022-23 organised by the Ministry of Defence, Prime Minister stressed the importance of customization and uniqueness of the defence systems for having a surprise element over the adversaries.

“Uniqueness and surprise elements can only happen when the equipment is developed in your own country”, he said. This year’s budget, the PM mentioned, has a blueprint for developing a vibrant ecosystem from research, design and development to manufacturing within the country. About 70 per cent of the defence budget has been kept for domestic industry only, he added.

The Defence Ministery has, so far, released Positive Indigenization Lists totaling more than 200 defence platforms and equipment, the PM said and announced that ‘Third List’ is expected soon.

The Prime Minister lamented the long-drawn process of weapon procurement which often results in a scenario where weapons can get outdated by the time they are commissioned. “Solution for this is in ‘Aatmnirbhar Bharat’ and ‘Make in India’”, he emphasized. The Prime Minister lauded the armed forces for taking decisions while keeping the importance of Aatmnirbharta in mind.

The Prime minister also lauded the ordnance factories for being a shining example of progress with determination. The Prime Minister expressed happiness that seven new defence undertakings that was incorporated last year are rapidly expanding their business and reaching new markets. “We have increased defence exports six times in the last 5-6 years. Today we are providing Made in India Défense Equipment and Services to more than 75 countries”, the Prime Minister added.

As a result of the government’s encouragement to Make in India, the Prime Minister emphasized, more than 350 new industrial licenses have been issued for defence manufacturing in the last seven years. Whereas in the fourteen years from 2001 to 2014, only 200 licenses were issued.

The Prime Minister also said that the private sector should also come at par with DRDO and defence PSUs, hence 25 per cent of the defence R&D budget has been kept for industry, start-ups and academia. Special Purpose Vehicle (SPV) model has also been arranged in the budget. “This will establish the role of the private industry as a partner beyond just a vendor or supplier”, he said.

Transparent, time-bound, pragmatic and fair systems of trial, testing and certification are essential to the growth of the vibrant defence industry, Shri Modi noted. For this, an independent system can prove useful in solving problems, he added.

The Prime Minister noted that cyber security is no longer confined to the digital world but has become a subject of national security. “The more we deploy our formidable IT power in the defence sector, the more confident we will be regarding our security”, he said. 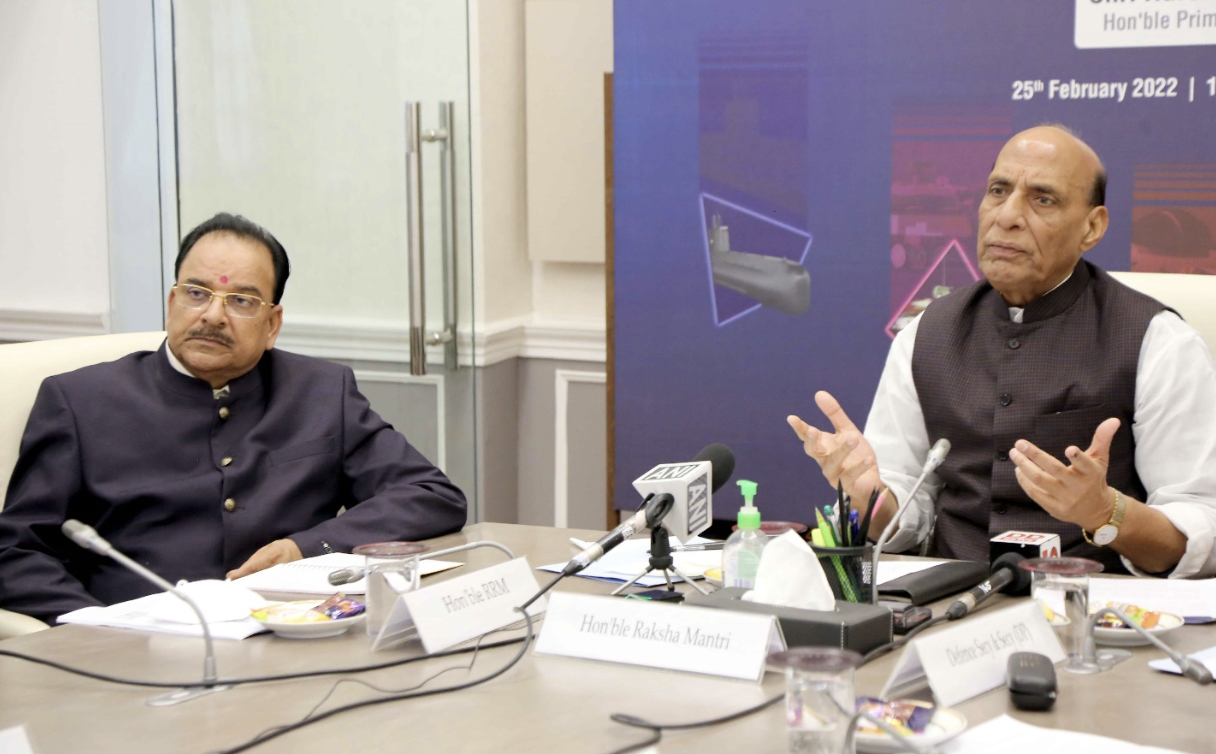 Defence Minister Rajnath Singh made a series of announcements to encourage the industry and the start-ups while delivering the valedictory address at the webinar. The Minister announced at least five projects under Make-I during the financial year (FY) 2022-23 to be sanctioned to promote industry led R&D efforts. A monitoring mechanism under DG-Acquisition is to be created, with representatives from all the three Services to monitor the budget earmarked, especifically for private industry and start-ups, so that it is fully utilised,  he announced. The third announcement he made was on quality assurance. The QA process would be reformed so that it is non-intrusive, prevention-based and free from Inspector-Raj. IDEX-Prime to support projects, requiring support beyond Rs 1.5 crore up to Rs 10 crore, to help ever-growing start-ups in the defence sector, he announced.

Defence Minister underscored the importance of adequate facilities and infrastructure for testing, trials and certification of indigenous products for the potential growth of the defence industry and creating a ‘Made in India’ brand as per international standards. For meeting these requirements, he announced, the government has decided to set up an autonomous governing body to permit, regulate, promote, hand-hold, monitor and supervise Trial, Testing and Certification facilities and services offered by the Ministry of Defence and its various organisations.

Rajnath Singh hoped that the webinar will add momentum to the budget announcements and prove valuable inputs for strengthening the government’s intent to make India a global defence manufacturing hub.