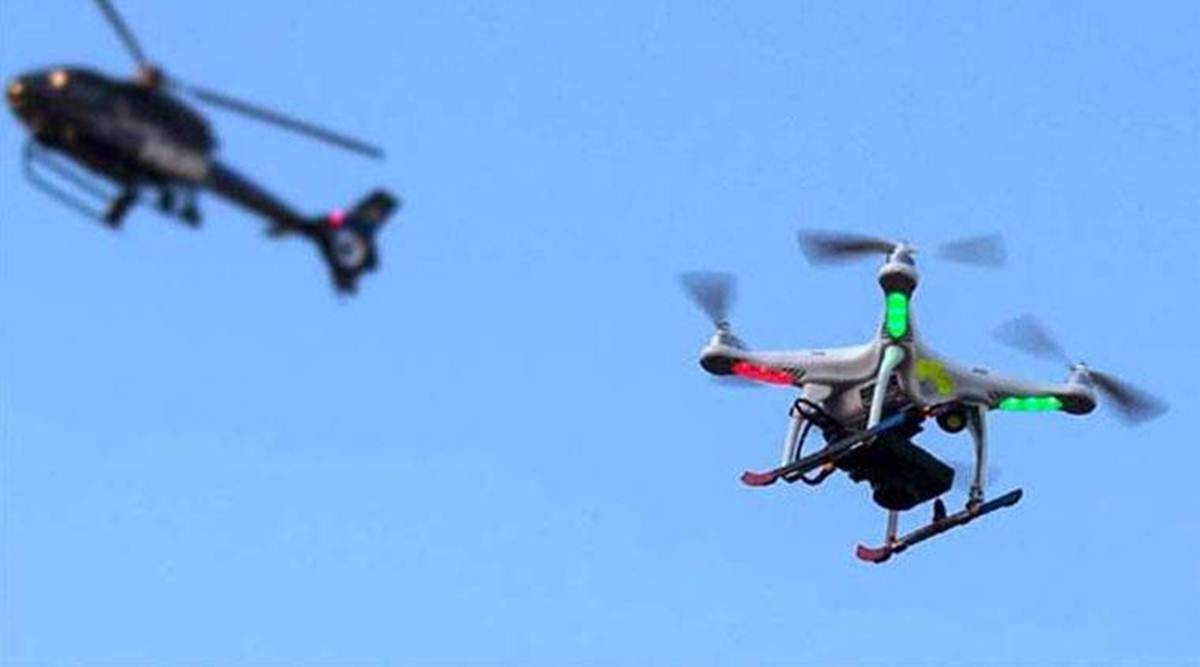 The Indian Prime Minister was held up at Firozpur, Punjab for 20 minutes on 5 January, 2022 by protesters on a flyover. The PM was an excellent target for an effective drone attack from across the border which was around 15 km away. Fortuitously, high speed drones with the capability to execute strikes with missiles at standoff ranges are not yet in the inventory of the ISI sponsored militant groups of Kashmir and Khalistan (K2), but even an underslung explosive charge by a simple copter drone could have been effective with GPS guidance.

Drones have been used for assassinations and are an excellent standoff weapon platform for such purposes. Major General Qasem Soleimani Commander of the Islamic Revolutionary Guard Corps (IRGC) Quds Force of Iran was assassinated by a drone strike at Baghdad International Airport in 2020. Drones are being used by rebels and militant groups for targeting the state’s sensitive installations and are being integrated in their modus operandi. Examples of such usage include attacks on Saudi Arabian oilfields and more recent drone attacks by Yemen’s Houthi rebels against sensitive targets in the UAE. Reports suggest that the drones were provided by Iran. In the Indian scenario, the copter drones are being used by the anti-India militant groups, with ISI of Pakistan providing the wherewithal.

Drones have reinforced the strike capability of insurgents and militant groups, across continents. It is a new weapon platform of standoff assault without getting embroiled with the state security forces. Pakistan has included drones as part of its arsenal for reinforcing its Proxy War along the borders of the states of Punjab and Jammu and Kashmir. India is going to witness more of drone threats in future. At present, rudimentary drones with rotors – Hexa and Quad-Copters – are being used as means for delivery of weapons, IEDs and drugs. It’s a matter of time before drones are used on sensitive targets and areas. These drones use GPS and can be guided to the target area to make the drop and be extricated before interception.

Anti-India insurgents and militant groups have access to these drones by purchasing off the shelf or being supplied by ISI and even China. So far, the drones being used in Jammu and Kashmir and Punjab have restricted radius of action of 15-20 km. To get longer range, the platforms have been positioned near the International Border (IB) and across the Line of Control (LOC).

The rotor drones are being used successfully in J&K and Punjab presently as carrier vehicles for dropping of IED as was the case at Srinagar Air Force Station. Indian forces have not been able to intercept and detect such drones due to lack of anti-drone systems in adequate numbers. Detection visually or by the drones’ noise is not very effective, especially so at night.

As and when more sophisticated drones with longer endurance and carrying precision guided aerial standoff ammunition, fall into the hands of insurgent groups and militant organisations, the dynamics of proxy war will change and India will be faced with a far more difficult challenge. Anti-India militant groups located in Pak Occupied Kashmir (PoK) and Pakistani Punjab could cause critical damage to sensitive objectives and targets. Certain envisaged usage of drones by militant groups can be broadly defined as under:

The degree of support by Pakistan and China is going to make a substantial difference to the capabilities of anti-India militant organisations operating from Pakistan or along our north-eastern borders. For state of art drones with higher capabilities and reach, having support infrastructures are important imperatives. These include runways/take-off platforms, control systems for guidance, system for recognition and homing on to the target and delivery of precision guided ammunition systems. Once these supports are provided and militants are trained to operate by ISI, the dimension of Pakistan’s proxy war can witness a steep curve as the drones get fully integrated with the militant and terrorist operations. In fact, drone attacks can be launched from across the borders by regular troops and be ascribed to militant outfits. Drone threat is going to get more intense in the days to come in counter insurgency and anti terrorist operations in the disturbed states.

The drone activities which have occurred as of date in J&K and Punjab are attributed as cross-border activities. However, the use of these systems by militants of various shades, already in India, cannot be ruled out.  It would enhance the reach of these militant groups in to the Indian hinterland.

Defence Research and Development Organisation (DRDO) of India is developing indigenous drone interception and neutralisation system, it’s still in the trials stage. A contract was recently given to a private company for anti-drone systems.  For large scale deployment along the LoC and IB with Pakistan, LAC with China and the insurgency prone states of Northeast India, indigenous production is desirable. The Prime Minister being stuck so close to the borders, is the wake-up call.

India’s battle against terrorism will need to take into consideration the enhanced depths that these militant groups can now strike. Further, the inability to guard every establishment close to the borders is also debatable. While there is a need to enlarge the inventory of anti drone system and counter action capabilities, the effort has to be to outsmart the drone threat by denying militant groups having free access to use of drones and by effective Indian precision retaliation with strategic drone strikes on launch pads, training camps, attacks on safe houses and assassination of militant leadership.