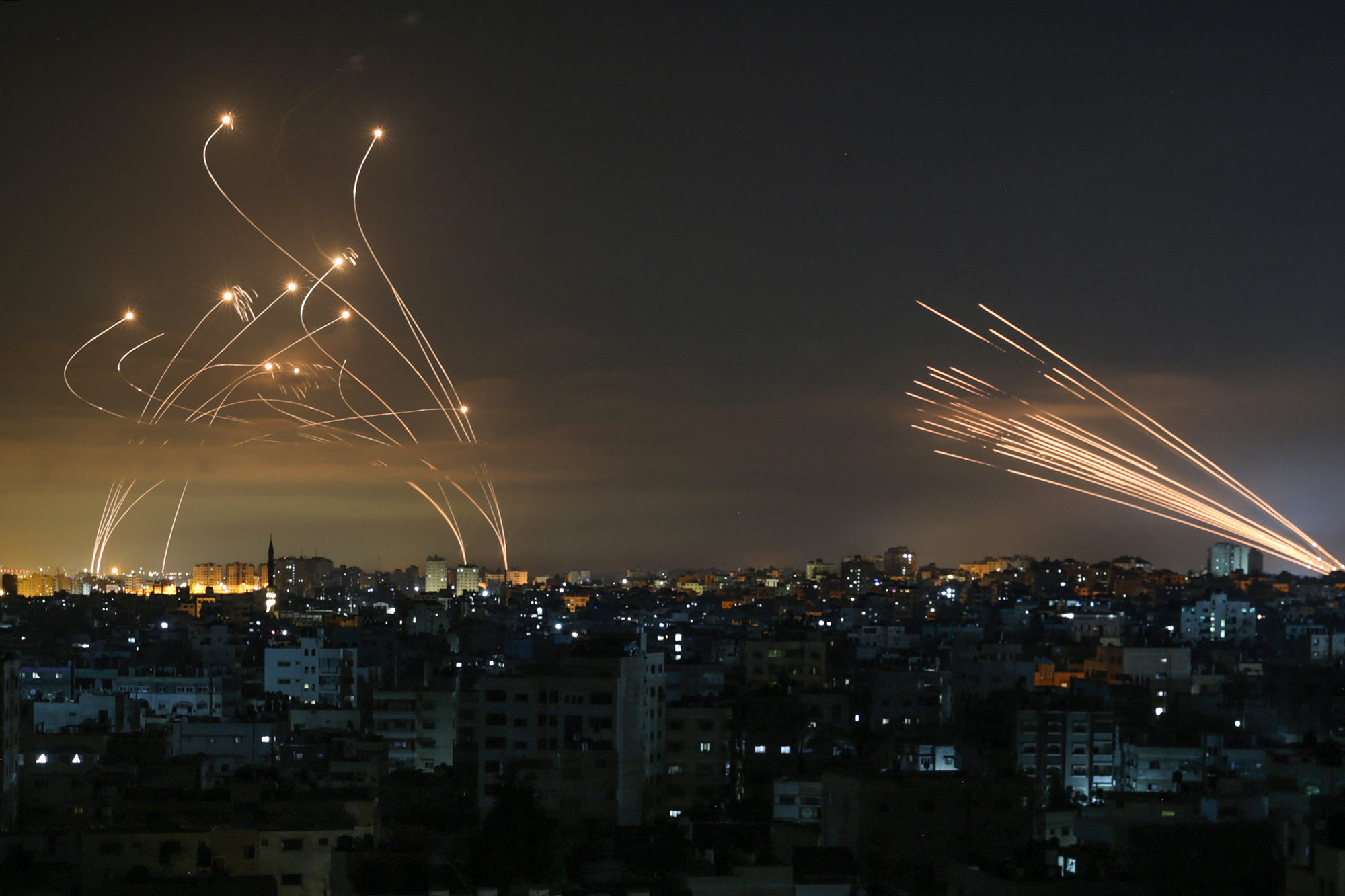 Editor’s Pick
The Israeli-Palestinian issue remains a tinderbox that ignites periodically to achieve nothing more than a list of casualties on both sides. Immediate neighbours in the region and even nations further away have started losing interest. The whole area of the Gaza strip and a few areas in Israel pay the price; however, the cause of neither the Israelis nor the Palestinians is served. The author examines the new relationships that Israel is developing with West Asian countries which dilute the Palestinian cause.
———————————————————————————————————–
On the 5th of August 2022, Israel launched an offensive code-named “Operation Breaking Dawn” in Gaza Strip, targeting the Palestinian Islamic Jihad (PIJ). The offensive lasted three days and, as claimed by Israel, was provoked by an “imminent threat of attack against Israeli civilians posed by the PIJ.” Official figures put casualties in the Gaza Strip at 44 people killed, including 16 children and 360 wounded, while only three civilians in Israel suffered injuries. The conflict led to Israeli intelligence reports over the past few months of PIJ’s buildup of military weapons and equipment in the Gaza Strip with intentions to launch attacks across into Israeli territory.

As a pre-emptive measure, Israeli forces arrested Bassam al-Saadi, the Head of the PIJ in the West Bank and his close aide Asharaf al-Jada on 1 August in Jenin. As per the statement from Israel’s Security Agency Shabak, PIJ was increasing its military presence in the West Bank, and Al-Saadi was the mastermind behind it. The PIJ was reportedly amassing weapons and planning attacks on Israel using anti-tank missiles close to the border region. Israel, therefore, took the initiative to neutralise the threat and launched the attacks. Among the prominent targets were PIJ’s Northern Commander, Taysir Al-Jabari, whose apartment was blown off by a missile strike on 5 August, followed by the killing of Khaled Mansour on 6 August, the Commander of the Southern Region and one of the founders of the Al-Quds Brigades group in the Gaza Strip. Targeting and killing of Al-Jabari were tactically very important as he was one of the movement’s most prominent leaders after the death of Baha Abu Al-Ata, who was also eliminated in an Israeli strike in November 2019.

After three days of firing, on 7 August 2022, Israel and the PIJ agreed to an Egypt-brokered ceasefire. Hamas, which governs the Gaza Strip, did not join PIJ directly in the fight but offered ‘moral’ support. International reactions were mixed and on expected lines. US President Biden reiterated US support for Israel’s “right to defend itself against attacks”. At the same time, the UN Special Coordinator for the Middle East Peace Process, Tor Wennesland, expressed concern about civilian casualties and later welcomed the ceasefire. UK Foreign Secretary, Liz Truss, said her country supports Israel and its right to self-defence.

Iran expectedly had an aggressive response and its Commander of the Iranian Revolutionary Guards, Major General Salami, promised that “the Israelis will pay yet another heavy price for their recent crime.” Russia blamed the escalation on Israel, saying fighting started after the Israeli Air Force attacked the Gaza Strip, causing Palestinian terror groups to respond.
While the fighting has stopped, at least for the time being, this isn’t the first time a major conflict has occurred between Israel and the Palestinian groups. A brief look at time depicts these conflicts’ episodic and rather deliberately orchestrated nature. Although either of the parties blamed the other for provocation each time, a deeper analysis may reveal their respective domestic reasons to up the ante. Let us briefly examine each of the conflicts in the region from the year 2007, the year when Hamas won the elections in the Gaza Strip and has been ruling it ever since.
Soon after Hamas took over the reins of the Gaza Strip in 2007, Israel declared Gaza to be ‘hostile territory’ and put in place a naval blockade across it coupled with a series of other severe restrictions. But the first significant conflict came from ‘Operation Cast Lead’ when on 4 November 2008, Israel launched a raid in the Gaza Strip to destroy a tunnel on the Gaza-Israel border dug by militants to infiltrate Israel. In the process, six Hamas operatives were killed. It led to an escalation of hostilities leading to Israel launching ‘Operation Cast Lead’ on 7 December. Cast Lead was a 22-day military assault on the Gaza Strip, including a ground offensive, launched on 3 January 2009. With heavy casualties in Gaza Strip and under intense international pressure, both parties announced a ceasefire on 18 January, a day before President Obama was sworn in as US President.

Four years later, the next conflict was ‘Operation Pillar of Defence. On 14 November 2012, Israel launched the attack in its claimed attempt to prevent rocket attacks from Gaza and protect its citizens in South Israel. It commenced with the targeted assassination of Ahmed Jaabari, the Head of Hamas’ military wing. It was subsequently followed by the killing of Hamas’ Central Command Chief Ahmad Abu Jalal on 16 November. The operation, which lasted eight days, resulted in significant civilian casualties and pushed back any chances of a political solution.
Less than two years later, on 18 July 2014, Israel launched an attack on Gaza, ‘Operation Protective Edge”. It was triggered by the Israeli response to the kidnapping and murder of three Israeli youth by Palestinians from the West Bank on 11 June, followed by Israeli military raids on Palestinian cities and villages. Israel also carried out bombing attacks in Gaza Strip. Palestinian factions in Gaza began firing rockets into Israel, prompting Israel to launch ‘Operation Protective Edge’. The ceasefire was finalised on 26 August, ending yet another bloody chapter in the region. It was, incidentally, the first time Israel put into operation its anti-missile defence system ‘Iron Dome’, which proved hugely successful in thwarting rocket and missile attacks into Israeli territory.
Post-2014, although minor cross-border skirmishes and rocket/missile attacks continued, the next major conflict came after almost six years in May 2021, called ‘Operation Guardian of Walls’. The immediate trigger of the conflict was attributed to the issue of Israeli police barricading the Damascus Gate in the old city of Jerusalem on 13 April, preventing Palestinian Arabs from offering prayers at the Al Aqsa Mosque on the first day of the holy month of Ramadan. This mosque is considered the third most sacred place for Muslims, and the barricading led to widespread anger and protests. Again, on 7 May, the last Friday of Ramadan, Israeli police and the Palestinians clashed after the evening prayers at Al-Aqsa Mosque, with Israeli police entering the mosque and hundreds of Palestinians getting hurt.

On 10 May, Hamas warned Israel to withdraw its forces from the Al Aqsa Mosque area. The firing of rockets by Hamas into Israel on the night of 10/11 May after that ignited the war. An Egypt-mediated ceasefire brought an end to the conflict on 21 May, with a large number of casualties, massive destruction to property, and obviously pushing back hopes of any solution further than ever. And just over a year after the last one, we witnessed the latest conflict the previous month.

The conflicts mentioned above indicate an episodic nature of disputes. Even in the relatively peaceful period between the conflicts of 2014 and 2021, there were numerous conflagrations which fortunately did not blow into full-scale conflicts. These conflicts have served no purpose to the possibility of a two-state solution. Still, they have slowly led to a situation where the regional countries, as well as the world in general, are losing interest and hope. The Abraham Accords of 2018 established Israel’s formal diplomatic ties with Arab countries, UAE, Bahrain, Sudan, and Morocco, indicating that the region now thinks beyond Israel as an enemy or problem No.1.

There have been reports of Israeli and Saudi leadership forging communications, which would have been unthinkable in the past. Turkey is mending its ties with Israel, while Egypt remains a crucial peace mediator for Israel and Palestine when required. The ever-increasing settlements and the areas that can be offered as a part of the future Palestine state are shrinking by the day. Add to these factors; the frequently occurring Israel-Palestine conflicts are not serving the cause of a viable two-state solution.

While Israel may not be too bothered with such conflicts due to its overwhelming technological and military superiority, it needs to pause and ponder whether and for how long such a situation can continue, especially as it approaches the 75th year of its formation next year. Palestinian factions, too, must think deeply, firstly on their internal factions and the need to put forth a united front, as well as how, in the future, their fight for an independent, viable nation will continue and how to rally international support. Meanwhile, the least the two parties can do is to put an end to these frequent and episodic conflicts and give peace a chance.