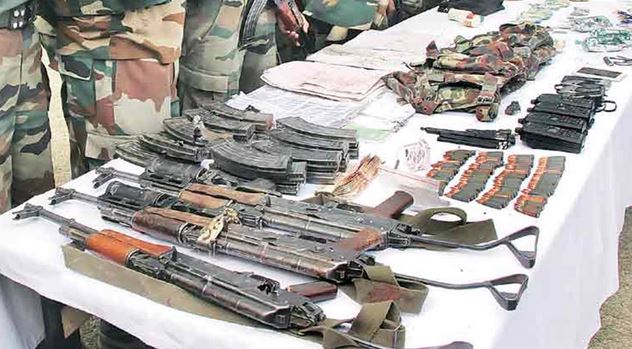 Director General, Jammu and Kashmir Police, Dilbag Singh on Sunday said the arms and ammunition seized during a joint operation by police and Army near Jawahar Tunnel in Kulgam on Tuesday were airdropped in Samba sector with the help of a drone from the Pakistan side.

Investigation into the seizure is in progress, he said, adding that Jammu has never been out of the radar of Pakistan. “If you go back two-three years, there have been fidayeen attacks at Sunjwan (military station)…N agrota army camp was attacked, then Raj Bagh and Hiranagar,’’ he said.

The DGP said police and security forces have been deployed in the region in adequate numbers and are on high alert.

Late on Tuesday, an M4 US Carbine, an AK 47 rifle, six Chinese pistols and ammunition were recovered from a truck near Jawahar Tunnel in Kulgam. Suspected militants Bilal Ahmad Kuttay and Shahnawaz Ahmad Mir, who were on the truck, were arrested.Read more…
Spread the love