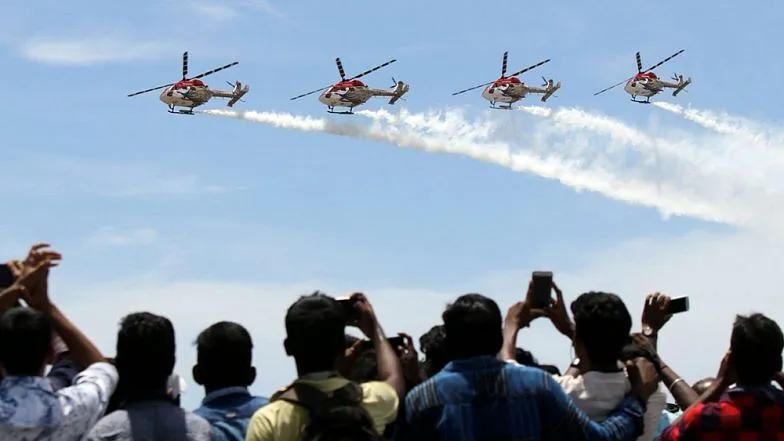 Kumbh of Defence Companies Give Fillip to Investment in UP

In a major push to the Uttar Pradesh Defence Industrial Corridor, proposals for investment worth ₹50,000 crore were received by the state during the just concluded Defence Expo 2020 held in Lucknow. UP has set a target of Rs. One Lakh crore investment in its defence corridor to make a strong pitch for the state as a defence manufacturing hub in the country. Indeed, the DefExpo 2020 provided the crucial road to success of defence corridor.

Defence Minister Rajnath Singh, who hails from the state, said UP stands for ‘unlimited potential’ and DefExpo has succeeded in projecting a new identity of the state in the defence sector and the Defence corridor received a huge boost for attracting new investments with the signing of 23 MoUs.

Chief Minister of Uttar Pradesh Yogi Adityanath said the successful organisation of DefExpo enhanced the image and prestige of Uttar Pradesh. Describing DefExpo as “Defence Kumbh”, he explained that through this event a strong base for the defence corridor has been laid and Uttar Pradesh will now become a “new hub” of defence production.

“After UP was awarded the Defence Corridor by the Prime Minister in 2018, we formulated our defence and aerospace policy and created a large land bank of 25,000 acres in the six nodes,” he informed. The CM claimed owing to the better connectivity in UP and improved law and order, the state had emerged a preferred investment destination, and the DefExpo would further fuel its forward march.

He stressed the government was striving hard to speed up infrastructure development and build a network of mega expressways. While two expressways viz. Yamuna Expressway and Agra-Lucknow Expressway are operational, two other expressways including Purvanchal Expressway and Bundelkhand Expressway are to be thrown open for public use in the next couple of years.“We are also working on our third proposed Ganga Expressway, which would connect Meerut and Prayagraj (Allahabad),” Adityanath added.

The UP government has fast-tracked the Bundelkhand Expressway connecting Chitrakoot to Agra-Lucknow Expressway near Etawah. This expressway will boost connectivity of the defence corridor.

Among those MoUs signed, Yogi Adityanath said these MoUswould generate three lakh jobs. He assured that investments coming to the state were secure and the state investment policy was the most attractive in the country.

Investments of Rs. 3,700 crore have already been made since the creation of defence corridor in 2018. The UP defence corridor got off to a decent start with a manufacturing facility to be set up by government-run PSU Bharat Electronic Limited at Bundelkhand, a backward region of the state. The corridor is spread across nine nodes- Chitrakoot, Jhansi, Kanpur, Agra, Aligarh, Lucknow, Ghaziabad, Meerut and GautamBuddh Nagar. Initially, there were six nodes, however, the government has, meanwhile, also decided to include Meerut, Ghaziabad and GautamBuddh Nagar districts as part of the defence corridor nodes due to their proximity to upcoming Jewar international airport, touted as to be largest in Asia.

The Uttar Pradesh Expressway Industrial Development Authority (UPEIDA), the nodal agency for the defence corridor along with industrial development authorities has set a land acquisition target of more than 25,000 acres of land dedicated for the corridors. Over 3,595 acres of land has been identified for acquisition in Jhansi, Kanpur, Chitrakoot and Aligarh of which 2,824 acres of land acquired till date. Several public and private companies including foreign Original Equipment Manufacturers (OEMs) have come forward for acquiring land to build facilities.

The Titan Aviation & Aerospace India Limited has sought 6,000 acres of land in Jhansi for setting up a Maintenance, Repair, and Overhaul (MRO) facility, airstrip, manufacturing of components and engine airframes in collaboration with Ukrainian companies.

R & D and Innovation Base

Prominent academic institutions like IIT Kanpur and IIT-BHU have agreed for the establishment of Centre of Excellence related with defence sector. IIT Kanpur is the technology partner for shaping up the defence industrial corridor of UP. A proposal to establish the defence park as a joint venture of UPEIDA and IIT, Kanpur on 30-acre land proposed in Shivli near IIT Kanpur has been forwarded to Department of Industrial Development by UPEIDA. Besides, key R &D institutes of DRDO, ASERDC-HAL are already in place.

Uttar Pradesh is the home of country’s largest MSME (Medium, Small & Micro Enterprise) base of around nine million (90 lakh). Such huge numbers of repairing, servicing, engineering and spare parts manufacturing industry is a boon to any industrial corridor.

56 per cent of the state’s 220 million (22 crore) population in the working-age group makes it a perfect base to kick start an industrial turn around in the state.

According to Uttar Pradesh government, the defence industrial corridor is suitably located with good road and air connectivity and has large manufacturing bases including three units of HAL in Kanpur, Korwa and Lucknow besides NainiAerospace Ltd of HAL, ordinance factories (OFB) in Kanpur, Korwa, Tundla, Ghaziabad and Shahjahanpur, and BEL in Ghaziabad.