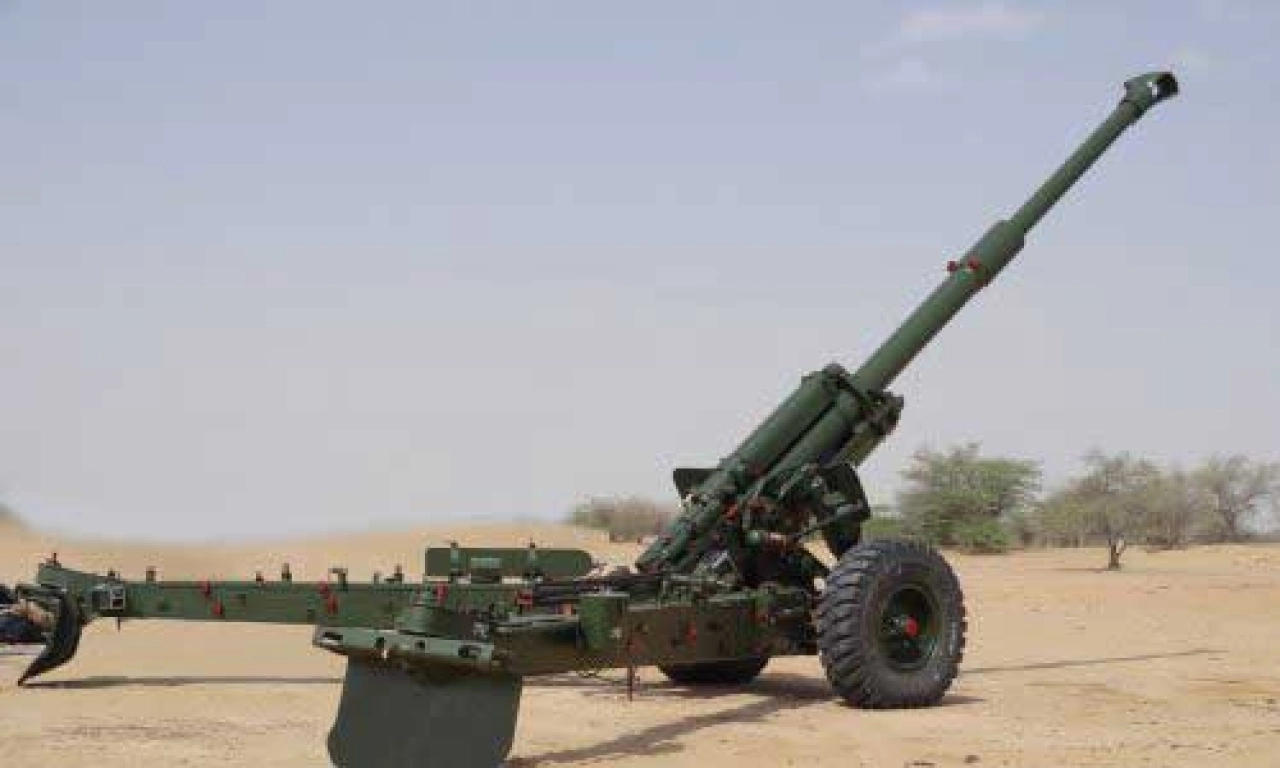 The Ordnance Factory Board (OFB) has delivered a cost-effective solution for 155mm artillery gun requirement by upgrading the existing Russian 130 mm M46 to 155mm 45 calibre gun ‘Sharang’ to the Indian Army. The first gun system was handed over to Army Chief General Manoj Naravane at the just concluded DefExpo 2020 held in Lucknow.

“Sharang is the 130mm artillery gun ‘up-gunned’ to all-terrain 155mm, 45 calibre up-gunning based on the Army’s requirement to have better range, accuracy and consistency,” said GaganChaturvedi, DDG, OFB . The Army had issued the Request For Proposal (RFP) in 2013 for both OFB and private industry.

“It was through competitive bidding and OFB developed solution was the only one qualified during field evaluation trials as we were the only complaint gun. There were other two Indian companies who were tied-up with foreign OEMs and we turned out to be the only compliant gun,” Chaturvedi said, adding that it was a low cost solution. The army field trails were held in 2016, the contract was signed on the 25thOctober 2018.

“At the moment we have the contract with Army to upgrade 300 advance guns in which five gun systems have been handed over to the Army. We will deliver the rest within the contractual period of 4-years-time. We are hopeful that we will get more orders as well as looking for export market, as we are already getting inquiries from foreign countries. Whichever country have the old 130mm Russian guns want to upgrade it and this is an up-gradation kits. So we can carry the kit and upgrade there with low cost,” informed the official.

The gun’s range has now gone from 27km to over 36km with the upgrade. It also has the more explosive capability and hence and more damage potential, the official stated. The weapon system is simple to operate and maintain. The SharangTowed gun is designed for worldwide service under all climatic conditions and can fire all existing standard 155-mm ammunition.

“This product has a tremendous export potentiality because 130 mmRussianguns are in huge numbers in the world, if we can upgrade a substantial percentage of them will be great,” the official hoped.

Indian Army has the older, battle-proven Swedish Bofors 155mm guns in service. The most modern155mm 45 calibre medium artillery gun system ‘Dhanush’, developed based on the Bofors guns by OFB, is under induction in the Army. The first batch of the gun was inducted in 2019 and production of 118 guns are underway. Dhanush has a better rate of fire and a strike range of 38 kilometres. The weapon is the first long-range artillery gun to be produced in India with more than 75 per cent of its components are indigenously sourced which will go up to 90 per cent.

Dhanush is an all-terrain gun system with precise targeting that incorporates all the latest features of a contemporary gun system INS with GPS based gun recording and audio-laying. It is having self-propulsion feature with an enhanced tactical computer for on-board ballistic computations and muzzle velocity recoding. The gun system is also equipped with a direct sighting system (CCD Camera/TI/LRF) and Star-V compatible communication System.

In almost three decades, the Indian Army has inducted its first modern artillery gun system in November 2018. These include M-777 Ultra Light Howitzers (ULH) from the United States and K9 Vajra-T self-propelled artillery guns from South Korea. Besides, the Advanced Towed Artillery Gun System (ATAGS), a 155mm, 52 calibre gun, being jointly developed by the DRDO in partnership with private Indian OEM Bharat Forge of Kalyani Group and Tata Power SED, is in advanced stages of testing.

“We have launched several products including artillery, assault-rifles, carbines and ammunitions during the defence expo 2020 have export potentials. Soon we will get orders from foreign countries,” said the official.