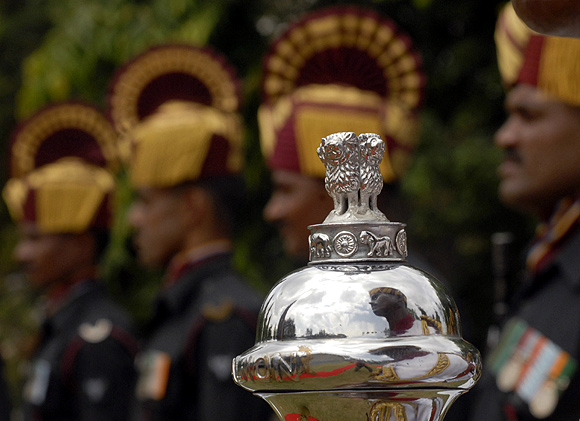 Leadership In The Defence Industry Of India

The author has attempted a traverse across a canvas hitherto fore barely visited. It’s a fact that we have no specialised training avenues for training the leadership of our defence research and production establishments. To quote an example of what right leadership can/ cannot achieve: while we have sent Chandrayaan to the moon, we have not been able to produce a rifle that can give a soldier the requisite confidence to use it in battle. Is leadership the problem?

The General in his article attempts to define the greater commitment required in the leadership of men in the critical defence sector. He equates their role in equivalence with that of a soldier.

LEADERSHIP IN THE DEFENCE INDUSTRY OF INDIA

“An Army led by a Sheep and comprising of sheep, will be successful if they are properly armed and equipped.”

India does not have any formal leadership training institute or program for grooming and upgrading skills and knowledge of the leaders of its Defence industry. In fact, very few countries have the same. European Union and USA have given more emphasis to technical and management skill sets than to leadership. Australia does conduct a Defence Industry Leadership Program at the Defence Training Centre. Even our prestigious Defence Research and Development Organisation (DRDO) does not have the capability; leadership as a subject is inadequately attended to at the Defence Institute of Advanced Technology.

Most defence industries either run internal technology and management training, with the former being in terms of concentrated workshops of one/ two days, with leadership being peripherally discussed. In absence of such formalised training, it is essential to lay down the contours of qualities essential in leaders at various levels in the Indian Defence Industry.

Moral and ethical value systems are essential to growth and consistent achievements. Defence Industry is interfacing the human with the machine/ weapon systems. It naturally flows that the value system revolves around these two constituents that populate the equation, primarily. The values should hence aim at providing the best means of ensuring success and safety of the soldiers in training and conflicts.

The Value System that must govern leadership in the Defence Industry should emphasise on a higher commitment to the larger sense of duty (to the nation and its defenders), honesty (of work ethics and culture), competitive spirit (to remain at the fore front of emerging technologies), judicious responsibility (to the user, the company and the manufacturing staff) and endearing innovation. Profitability is an essential aspect of business, and it has to be achieved. But, gains must be earned by positive methods.

Being a leader in the Defence Industry (and especially in India) is as demanding as in the Armed Forces. Technocrats and industrialists already possess leadership traits in good measure. Considering the industry from the soldier’s viewpoint, certain traits are considered essential and these will be listed first as also briefly analyzed. The other important required traits will only be summarized.

Knowledge of Clientele. “You do not have to serve as a soldier to know the Soldier.” Just as you develop technical knowledge so must DIL (Defence Industry Leaders) acquire military understanding. There is a requirement of having empathy for the user as also the logistical military backbone that serves the user. There has to be a desire to constantly acquire and update knowledge of war fighting – across the spectrum of strategy, operational art and tactics.

Interactive Ability. Providers of military wherewithal have to interact with users from womb to tomb. It is a relationship which can beneficial to all concerned if the DIL is adept at interaction with the users across the cycle – research, development, trials, production, induction, servicing and providing an improved version before phasing out. Mutual respect, sympathy and honesty will go a long way in ensuring frank and productive interaction.

Trustworthiness. The defence forces expect the industry to deliver on their promises. They are used to having everything done “in time.” Inordinate or unexplained delays are not “military-like.” If you have promised them the skies, then you have to provide it. Military leaders have to repose faith in the leaders of other pillars of country and that faith cannot be betrayed, even if the industry has to face temporary financial setbacks. Realism and professional candor are appreciated in this relationship.

Ability to Function with Non Tangibles. “Military has the ability to function in voids- so the Defence Industry has to follow suit.” While the tangibles will be scrupulously demanded, be prepared to provide for intangibles if you want to be reckoned as one who can deliver. 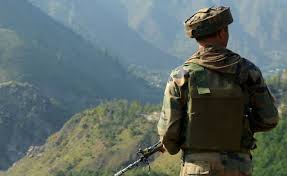 Mobility and Agility. “If you look back, you will fall into a hole ahead; if you are static, then you will be knocked out.” Thinking out of the box is good, but deeper analysis has always been equally good. Leaders are constantly evolving. DIL has to be moving and weaving to avoid pitfalls and foreign competition. The pie is the same and the one who reaches it first has an advantage.

Fundamental requirements of successful industrialists will necessary have the following construct:-

The need is to establish formal leadership training in the Defence Industry. A piecemeal approach is dangerous. The requirement is of establishing a full-fledged course under a suitable apex body. Defence requirements are increasing by the day and are going to be very lucrative. You cannot leave it to untrained leaders to manage this change.