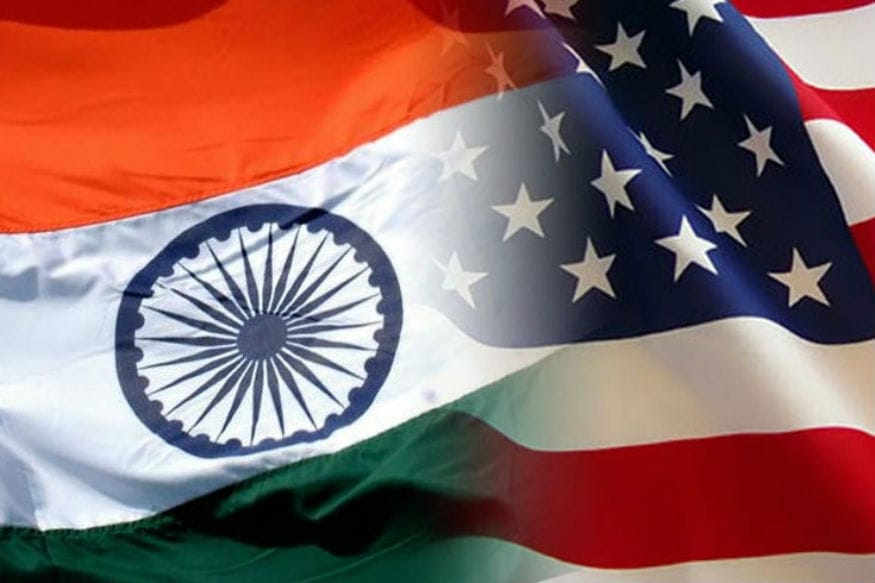 The scheduled 2 plus 2 Ministerial dialogue between India and the USA on 27 October 2020 will take place at a rather decisive time, coinciding with the US Presidential elections and COVID-19’s continuing march in both the countries. However, the fact of Joe Biden seemingly being ahead of Donald Trump in the Presidential race, isn’t, apparently, any way a dampener.

However, COVID-19s effects on both the US and Indian economies and consequent greater advantageous position that China seems to have been able to steer for itself in its comparative growth rate, would surely be an issue.

Among the issues that are bound to come up are the crushing blows to Hong Kong’s freedom. Apparently, a lot of the world has come to terms with Chinese throttling of Hong Kong’s liberal culture. The Malabar exercise with Australia on-board, and the situation in the Indo-Pacific, especially the Taiwan Straits will be in focus.

The situation along the Line of Control (LAC) in eastern Ladakh would surely come up. No state or its leaders have given more scathing and numerous comments criticising China than Mike Pompeo and President Trump. The sputtering Afghan talks and a long term vision of Indo- Afghan relations are also some of the issues on the table.

Among the top issues, likely to be on the agenda, would be the Basic Exchange and Cooperation Agreement (BECA). Both the countries are expected to sign the BECA for Geo-Spatial Cooperation during the summit. Both sides have already signed a few key defence agreements like the LEMOA (Logistics Exchange Memorandum of Agreement) in 2016 and COMCASA (Communications, Compatibility and Security Arrangement) in 2018. Terrorism is also an issue that tops the agenda of all Indo-US meets. Both countries would want more information sharing and taking forward the UN Comprehensive Convention on International Terrorism.

Dialogue’s agenda is going to be power-packed and the expectations from the meet are also very high. As far as the Americans are concerned, the realisation that they need a partner in the Indian Ocean region (IOR) and that there is no better alternative to India, is well understood across its domestic political canvas. The US also needs a partner, which feels equally perturbed with China trying to change the existing global geopolitical equations in its favour. India is China’s only real challenge in the south Asian region and is hence China’s priority target in terms of being subdued. It has already been subdued the smaller countries of the South China Sea, to a large extent because of their economic dependence on China, and the fact that they don’t have the wherewithal all to oppose China.

During the 2 plus 2 of 2018, both countries had agreed upon US Naval Central Command and the Indian Navy interacting, primarily keeping in view the western Indian Ocean. The Chinese have extended power projection in the area. They have already a military base in Djibouti and are in the process of creating a huge infrastructure in Gwadar, Pakistan.

China, and how to contest its blatant expansionism, would run parallel to most items on the agenda as the meet’s foremost focus area. Taiwan would also be a subject both parties will discuss in detail. Can India leave behind the one nation fiasco and publicly rescind it? Will it require another major Eastern Ladakh like incursion by the Chinese for us to up the ante? How long will we stand by our acquiescence to Tibet being usurped by the Chinese? Is it time to give the Dalai Lama a boost at the very least? We are on Chinese cross-hairs. It’s time for us to press the odd major trigger. There is also the Uighur issue that should come up during the meet. The Chinese are pushing in weapons into the inventories of our north-east insurgencies! How do both the US and India react to it?

Indians have had huge differences with the Americans in the past, however, both sides have learnt a few lessons in the interim. Both countries give space to each other for pursuing their own Pakistan policies as long as these don’t conflict with their interests beyond a point. It’s possible that the Americans will keep patronizing them, however, if they withdraw or have a minimal presence in Afghanistan the requirement of routing logistics through Pakistan, diminishes. Pakistan’s role in the Afghan talks is more an issue of not being a hindrance, rather than being a facilitator. If the Afghan government – Taliban talks succeed to a point and the Taliban has a safe area in Afghanistan, it will want more space than the overarching Pakistani umbrella allows. They are likely to value their freedom and be ready to look for a way out of the Pakistani shackles.

Americans and Indians have to understand each other’s compulsions. India cannot deploy combat elements in Afghanistan. It would lead to the Pakistani Army swivelling on its axis and deploying the substantial capability to its west. The Pakistani civil and military leadership would hallucinate. Hopefully, the 2 plus 2 Meet will lead to a greater understanding of each other’s limitations.

The commitments that India takes on in the Indian Ocean Region (IOR) and the SCS need to be very judiciously arrived at. As on date, the Indian Navy hasn’t the wherewithal, all for posturing in the SCS. However, the Indian Ocean is another story. It can set the rules for the Chinese. As a part of the Quadrilateral working in unison, it can choke China. Notwithstanding bases at Djibouti or Gwadar or Hambantota; for that matter, Myanmar or Bangladesh, it’s a tough call for the Chinese to even get to Malacca Straits with the Indian Navy operating from home ports and our island territories of Andamans.

India and the US have already signed a slew of agreements. These include the General Security of Military Information Agreement (GSOMIA) in 2002, Logistics Exchange Memorandum of Agreement (LEMOA) in 2016 and COMCASA the India specific derivative of the American General Security of Military Information Agreement (GSOMIA) in 2018. The Americans would be very keen to sign the Basic Exchange and Cooperation Agreement (BECA). BECA is the last of four basic agreements. With most of the hurdles having been cleared for US export of high tech weapon systems, BECA remains the last major lap to be run. BECA will allow us access to geospatial intelligence that in turn is extremely useful for missile guidance in addition to a host of other military functions. All eyes would be on the progress on the issue.

Trade pacts inevitably entail detailed discussions and negotiations. As yet, as per reports, we are not even in a position to put in place a mini trade pact. The US is India’s biggest trading partner. If we are to take advantage of COVID 19 influenced retraction of logistics tail from China and such manufacturing, Research & Development hubs shifting to India, it’s time to prioritise our trade relations with not just the USA but a host of other developed countries.

The US–India 2 Plus 2 is an event that can shape geopolitics regionally with cascading effects globally.  The ripples of Indo-US 2 plus 2 will be felt in the SCS, Indian Ocean region and far beyond in Africa and the European Union. To what extent do these two powers jell, will be watched in Australia, Japan and New Zealand. COVID- 19 having had a sharp effect on the economies of both the US and India, it’s time to find ways and means to strengthen the relationship. The Chinese belligerency, openly on, also calls for both nations to find ways and means to put the brakes on Chinese expansionism. Globally, Americans and regionally Indians could be most affected if the Chinese march continues uncontested. There are enough reasons to draw complementary strategies.