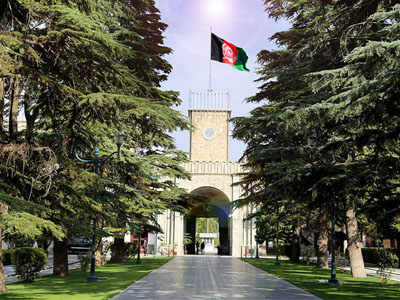 The Afghan National Government (ANG) and Taliban commenced peace talks at Doha, Qatar on 12 September 2020. The ANG, ruling Afghanistan since December 2004 on the framework of a Constitution which is Western and modern in its outlook, now has a major task in its hands to negotiate a peace deal with Taliban, a group of medieval Islamic clergies, whose despotic religious rule from 1996 to 2001, broke the complete cohesion of the nation.

From civil liberties to women’s right, to country’s name and flag, are among a plethora of contentious issues that are on the table. These talks are going on in the backdrop of relentless violence by the Taliban, threatening to derail the peace talks.

The most important aspect of the US-Taliban peace deal signed on 27 February 2020 is the peaceful political settlement between ANG and Taliban. The deal dictated the exit of foreign forces by May 2021, with guarantees from the Taliban to stop terrorism in Afghanistan and abroad. The deal also includes a permanent ceasefire.

The most crucial issue is a political settlement and agreement on the political system which will govern Afghanistan in the future. Taliban’s seeks to transform Afghanistan into a “theocratic, state” vis a vis a democracy – an un-Islamic western idea according to them. On the other hand, the ANG is seeking to preserve democratic tenets like free speech, democratic elections, equality, as has been in vogue since 2004.

Since the time that Taliban has come over-ground and opened an office at Doha in June 2013, it has often stated that it doesn’t want to revive its brutal Islamic Emirate, however on the ground even today, in regions controlled by Taliban, which is nearly 60 per cent of Afghanistan, girls are dropping out of school. Music and dancing are banned in marriages and minority communities are being targeted; a harbinger of things to come.

The ANG with its inherent fragility has come to the talks but not from a position of strength, as the increasing control of the Taliban over Afghanistan goes nearly unchallenged by ANG’s Afghan National Army. Trump’s recent announcement of withdrawing all US troops from Afghanistan before Christmas further exacerbates the situation for ANG. It may force ANG to accept many constitutional changes, altering the present political system and imposing curbs on the freedom of citizens.

For the Taliban, the fear of being declared a pariah by the world once again will prevent it from going back to its old Emirate model. A political system which will be a hybrid of Western-style democracy and medieval Sunni state may emerge.

ANG wants the power of governance residing primarily with it, with negligible decentralisation. Taliban, wants power centralised in a religious leader “Amir ulMomineen’ who will be the head of the State and the ultimate authority.

Both regard Sharia as the supreme law. However, both differ in the interpretations of Sharia.

With many new political systems have been derived by modifying existing ones. It’s important to analyse the governance system of a few Muslim countries, to understand, which modified format may be agreed upon by ANG and Taliban.

Iran has a system known as “velayat -e faqih” in which a top cleric serves as the Supreme leader. He has final authority in all matters of state and religion. It’s designed to balance theocracy and democracy. The Supreme leader supervises the office of the democratically elected President – the present relationship between Ali Khamenei and President Hassan Rouhani of Iran.

Taliban, though staunch Sunni, will prefer a similar system where the ANG holds the post of President and the Supreme leader is from the Taliban.

In Iran, governance is executed by a Legislative Council and a Guardian’s Council. Unfamiliar with governance Taliban may let ANG dominate the Legislative Council but like in Iran it will like to hold sway in the Guardian’s Council which, as in Iran, will supervise elections, vet legislation passed by the Parliament, for compliance with Islamic laws.

Saudi Arabia too can be a role model, in which a theocracy headed by a religious leader, the Grand Mufti, rules for life and is chosen through Bayat.

Saudi Arabia is a Sunni nation governed by Sharia, has no elected legislature, has a Council of Ministers headed by the King and the Council is invested with Legislative and Executive powers. Taliban would prefer to modify this system with a religious leader replacing the King.

On 12 September, the US Secretary of State Mike Pompeo stated in the Doha peace talks that the choice of a future political system to govern Afghanistan is for Afghans to make.  This not only gave latitude to Taliban to sway the talks but also conveyed the fatigue of the US and the international community in this longest ongoing costly war.

Pompeo further added that the future foreign aid to Afghanistan depended upon the new political system adopted; an implied threat which cuts little ice with the Taliban.

The Taliban Chief Negotiator Mullah Abdul Ghani Baradar stated at the peace talks that Afghanistan should have an Islamic system in which all tribes and ethnicities are not discriminated against and live a peaceful life, in brotherhood.

Abdullah Abdullah, the Head of Afghanistan’s High Council for National Reconciliation, a body that oversees the peace talks with the Taliban, spoke in support of the current political system which as per him has widespread support from men and women from all walks of life, cutting across cultural, social and ethnic backgrounds.

Abdullah Abdullah was recently on a four-day visit to India. During the visit, he conveyed the gratitude of Afghan people to India for participating in the ongoing peace talks.

India, a nation which had Afghanistan as its neighbour pre 15 August 1947, has deep historical ties with it. In the Doha peace talks, our Foreign Minister, in a virtual address, stressed upon the need for the peace deal to be Afghan conceived, owned and executed. He reiterated that the gains of the Afghan society since 2001 must be preserved and nurtured in the future.

India opines that as long as the outcome of the peace talks is acceptable to people of Afghanistan and Taliban ceases to be a security threat, the deal is acceptable to India, even if it entails modification of the current political system.

Besides the political system, the security system prevalent in Afghanistan too is another strong bone of contention between ANG and Taliban. Today, the Afghan National Army, the Afghan National Police and the National Directorate of Security (Intelligence arm), form the backbone of Afghan security. A system that has been hunting down the Taliban, is unlikely to find favour with the Taliban.

Taliban will seek to disarm and demobilize the security system in its entirety and establish a new one, integrating its fighters and also the “indoctrinated” personnel of the demobilized security system.

Taliban is likely to maintain a parallel security organisation as “Taliban militia”, which like Hezbollah in Lebanon, will have a powerful say in politics.

External support has been key to the survival of the Taliban. Its preeminent mentor and guide have been Pakistan, which has provided it with safe havens; falsely denying the information to the US, to milk US aid. It has also provided Taliban with finances, military hardware, military training and helped it execute violent attacks on ISAF, US troops and on Indian interests; the attack on the Indian embassy in July 2008 being the case in point.

A Taliban inclusive Government would like to charter an independent course for itself and Afghanistan. But the Taliban is unlikely to give up its safe sanctuaries in Pakistan. They will remain its fall-back option in case things go wrong and an international intervention again forces it to abandon Afghanistan. In the bargain, it will give Pakistan undue leverage in governance.

Pakistan will use this leverage to hurt India’s interests. Taliban’s proximity to Pakistan is and will remain detrimental for India, which has invested over 3 billion dollars in building soft power projects like educational institutions, hospitals, dams, women empowerment centres, training security personnel and building the Parliament. This Indian effort should not be lost on the Taliban.

Pashtuns, the ethnic backbone of Taliban, view India as a historic and a trusted friend. On 24 December 1999, during the Kandahar hijack episode, India sought the help of the Taliban to secure the safe release of the hostages held by Pakistani hijackers. Taliban did not disappoint.

War-torn Afghanistan generates barely any revenue. To survive, after foreign troops leave in May 2021, it will need foreign aid and help to reconstruct for at least the next 20 years.

India will like to be a major player in the reconstruction of Afghanistan. Its status as the world’s fifth-largest GDP and a major donor in the sub-continent is a fact well known to the Taliban. This is likely to hasten normalisation of ties with India and a Taliban shared Government at Kabul.

China, with keen interest for peace in Afghanistan, had hosted Taliban leader Baradar in June 2019. It aims to integrate Afghanistan in its BRI and is likely to extend the CPEC into Afghanistan.

Beijing is wary of the presence of ISIS in the Khorasan region of Afghanistan. The expanding footprint of ISIS in Central Asia threatens Chinese Xinjiang and its BRI projects in Central Asia. This dictates it to develop strong relations with Afghanistan. Presence of an inimical China in Afghanistan, its deep pockets and the resulting influence on governance, does not bode well for India.

Return of the Taliban in governance on a power-sharing model with ANG will create a few dilemmas for this new Government. It will have to prioritise its relationship between India. China and Pakistan, the three most important players in its neighbourhood.

Pakistan would want Afghanistan to be independent but in turmoil. Being poor, Pakistan itself can barely provide any aid to Afghanistan.  Its major contribution can only be services of Karachi port for goods consigned for Afghanistan and the overland routes for transhipment, for which Afghanistan will have to pay.

China will be an attractive partner for the ANG – Taliban Government. However, the growing disenchantment with China, not only within South Asia but the world over which should make Afghanistan wary of Chinese help.  Being cash strapped and infrastructure deficient, it can fall prey to opaque Chinese loans, the non-payment of which will make it lose valuable assets as Sri Lanka has in the case of Hambantota port. Accepting Chinese aid may also see it lose out on IMF and World Bank loan and also international aid. India too may turn reluctant.

India is Afghanistan’soldest and most trusted friend. It is in the process of developing Chahbahar port in Iran and a rail link from it to South Western Afghanistan, to make Afghan dependency on Karachi redundant. In Afghanistan, it faces Pakistan and China, both inimical to its interests. The ANG – Taliban government will have to protect India’s interests in Afghanistan from hostile acts by these two nations.

The new ANG-Taliban Government is in for many dichotomies in power sharing. Today, Afghanistan is truly at the “crossroads”.