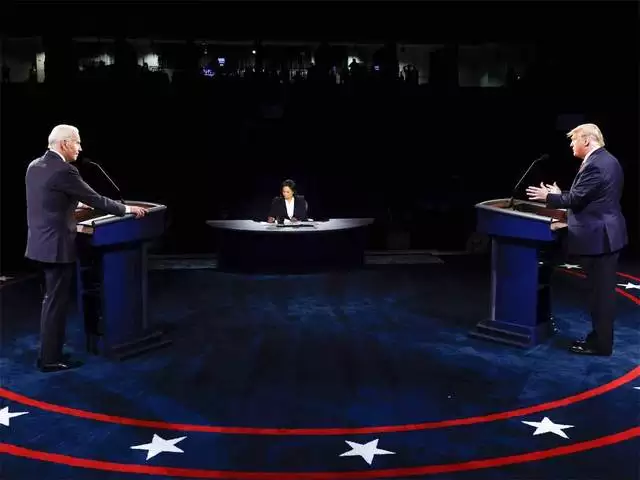 President of USA: Trump or Biden? Who is Better for India

The world is battling with COVID-19 while an increasingly belligerent China is using all domains of its comprehensive national power to break out from its self-imposed shackles and dominate international institutions, Asia and the Asia Pacific – thanks to an increasingly vulnerable, confused and directionless America.

The emerging multipolar world is in a state of disarray and engaged in strategic re-balancing. It has fractured global stability and apart from the ongoing confrontations, the brinkmanship being played out between the USA and its allies against China in the East and South China Seas, Taiwan Straits (with no formal/institutionalized agreements for crisis resolution), and along the India-China LAC could easily precipitate into a shooting war.

The world is on edge. Amidst these tumultuous times, the USA is engaged in the selection of its 46th President after a very polarizing, contentious four years of President Donald Trump term, which will have a very significant strategic impact on India.

Despite the event sheet, US foreign policy has largely followed a steady pattern with India. It’s India which is at crossroads, and needs to evaluate its foreign policy and history of ‘strategic autonomy’.

Indian Americans, the second-largest immigrant group in the United States, mostly support Democratic candidates, although support for Trump has reportedly grown in recent years. A 20 October YouGov poll found that 72 per cent of registered Indian American voters support Biden. By comparison, 77 per cent voted for Hillary Clinton in 2016 and 84 per cent for Barack Obama in 2012. The poll also claims that the number of Trump-supporting Indian Americans has grown to 22 per cent from 16 per cent in 2016. The top three issues for Indian American voters are economy, health care, immigration and racial discrimination. Though, the foreign policy does not rate high. India and US-Indians must look at the Presidential election only in terms of what matters to India.

For India, the Trump years have offered a mixture of spectacle and substance. President Trump did what no US leader had ever done before – shared a stage with Prime Minister Modi at rallies attended by tens of thousands of people in the US and India. While the rallies formed the public face of the relationship, defence planners and diplomats have worked behind the scenes to deepen security cooperation between the world’s two largest democracies. The Trump administration has though continued with the policies of its predecessors. The US views India as a useful counterweight to China, together with traditional allies in the region such as Australia and Japan.

Under Trump’s watch, the focus has been primarily on the security arena with two issues accorded foremost importance; weapons sales, and prodding India to serve as a counterweight to China. Their bonhomie resulted in first-ever 2+2 dialogue between both the countries at defence and foreign ministry levels. Trump’s relationships are almost wholly transactional. The Indian government has found plenty to like about the Trump administration, including its emphasis on fighting Islamist extremism and its tough stance on Pakistan. Unlike many international and national voices, Trump has had little to say about Modi’s controversial moves over the past year, including abrogation of Article 370 and 35A, the crackdown in Valley, CAA and NPR.

In fact, Modi’s embrace of Trump has been so enthusiastic that it risks undermining the strong bipartisan consensus for better relations with India, which many interpreted as an implicit endorsement of Trump’s election campaign. Obviously, Trump wants to make significant inroads with Indian-American voters, but politically and diplomatically for I it’s important to keep it bipartisan. The only area of significant friction between Modi and Trump has been on trade practices, which Trump terms as unfair and has often tweeted vehemently against, and his immigration policies. The two countries are almost engaged in a low-grade trade war. However, Trump’s victory cannot be to India’s disadvantage.

Biden has been an enthusiastic proponent of US-India ties for years. As far back as 2006, as a Senator, he stated to an interviewer, “My dream is that in 2020 the two closest nations in the world will be India and the United States. If that occurs, the world will be safer.” Biden, once Chairman of the powerful Senate foreign relations committee, is an established friend of India and has been instrumental in removing the sanctions on India post-Pokhran 2 nuclear tests while insisting on retaining curbs on Pakistan. He was also a major force behind the US-India Nuclear Deal (the 123 Agreement).

Some sections in India seem convinced that a Biden’s Presidency bodes ill for India. Their misgivings, it appears, stem from some adverse comments that both Biden and his running mate, Senator Kamala Harris have made about the state of human rights in J&K, nationalist agenda (Hindu in their perception), CAA and NCR which seek to move the country away from its secular founding ideals, India’s long tradition of secularism and sustaining a multiethnic and multi-religious democracy.

Biden’s win will mean multi-faceted, potentially more favourable relationship especially in trade policies for India, predicts UBS Global Research. His approach will be more predictable and stable, suiting our diplomatic, political and bureaucratic culture. He would involve India in US withdrawal from Afghanistan to ensure regional stability rather than implement it unilaterally.

Biden is, also expected to have a technocrat dominated administration. Specialists will be back and so will old recognised practices. State-level ties will be more predictable, and India’s importance as a strategic counter to China in the Indo-Pacific will be re-affirmed. The flip side is that the benefits of change may be limited for India, as Biden may try and roll back tensions with China even if the ties remain prickly. Washington may learn to live with China’s expanded influence in Asia, which could moderate and reduce support to India against Beijing’s penchant for salami slicing.

Pakistan, India’s implacable foe, will continue to be important to the US owing to the endgame in Afghanistan. Being moderates, they may feel compelled to voice dissenting notes against PM Modi’s brand of nationalism and perceived ‘Hindutva’ card.  However, geo-strategic interests, India’s size and the market could trump ethical considerations.

If Trump wins the immigration regulations will be much stricter. Trump has always been vocal about his anti-immigration stand; be its border patrol, entry of skilled workers, family migration or deportation. The “Buy American, Hire American” Executive Order (EO) is a classic example of his anti-immigration rhetoric. Recent policy changes have had effects as we have seen a general increase in denial of visa petitions across the board and also heightened scrutiny at the consular level. In fact, his administration is proactive, through new rules and policy changes, tightening certain aspects of immigration; the H-1B program in particular. The two most recent changes, announced by the Department of Labour and Health Services (DOL and DHS), will have a devastating effect on the H-1B program.

If Biden wins, he will implement changes that support and recognise that ‘Immigrants bring tremendous economic, cultural, and social value to their new communities’. Biden is committed to working on immigration reform and keeping families together that could provide a pathway to citizenship for 5,00,000 residents from India. Biden has said that he will turn the clock back and eliminate the anti-immigration proclamations and executive orders issued by Trump.

It is useful to recall that it was a Republican Richard Nixon who not only supported Pakistan in the 1971 conflict but even deployed the Seventh Fleet in the Indian Ocean Region (IOR). Republican Reagan strengthened Pakistan’s Inter-Services Intelligence (ISI) by providing support and funds through it for militant jihad to drive the Soviet Union out of Afghanistan.

India has suffered a blowback ever since through Pakistan’s proxy war. Democrat Clinton supported India during the 1999 Kargil conflict, while Republican George Bush took the relationship to a high by signing the Civil Nuclear Cooperation Agreement. Democrat Obama was the first US President to articulate support for India’s permanent membership to the UNSC, and made us a ‘major defence partner’.

Finally, while Republican Trump has been highly critical on trade issues, taken away GSP (Generalised System of Preferences) benefits, has spoken highly of the relationship, and authorised niche technology releases. All Presidents have been committed to a stronger relationship with democratic India and recently signed four far-reaching politico-military agreements.

What matters more is the geopolitical context within which the bilateral relationship is placed. A Biden administration will explore common areas of work with China, on climate change and trade, but will be guided also by the deep recognition of economic and technological rivalry, and unfair Chinese practices.

A Biden administration can also be expected to be more globally influential with its declared intent to work with allies and partners, and in multilateral frameworks. Trump and Biden will present some differing opportunities and challenges: on trade, climate change, and human rights; but similarities on Pakistan and China. Biden, importantly, has promised to work with India to combat terrorism (without naming Pakistan) and prevent China from threatening its neighbours.

Both the US and India will have an adversarial/confrontationist relation with China for some time to come due to their own obvious geostrategic compulsions. India faces a ‘strategic dilemma’. It can align with the USA as a strategic partner; it can also retain strategic autonomy and join hands on a case to case basis (this could lead to a lose-lose situation in today’s environment) or can cooperate/acquiesce with/to China with obvious adverse fallouts in the international geo-political arena.

Both China and USA in their own interest want India on their side (one within a liberal democratic mode while the other in an illiberal unequal order). Currently, India is rapidly improving its strategic and military relations with the USA and its allies, without aligning permanently, thereby keeping its options open. Time only can tell the road chosen, and whether it was a geopolitically prudent one.

Foreign Minister Jaishankar, when asked by Hindustan Times on 6 September 2020 on who will be better for India, said, “I actually believe that India has bipartisan or in a sense non-partisan support in American politics. Our footprint is very wide and so is our acceptability. Different sets of politicians who disagree on many things agree on India. And I think that is a very good place to be.” Both Trump and Biden need India to balance China and counter its rising global stature. Interestingly and happily the future relations with the USA depends on India, and how India wants to geopolitically balance the global equations or align on one side of the emerging bipolar world.