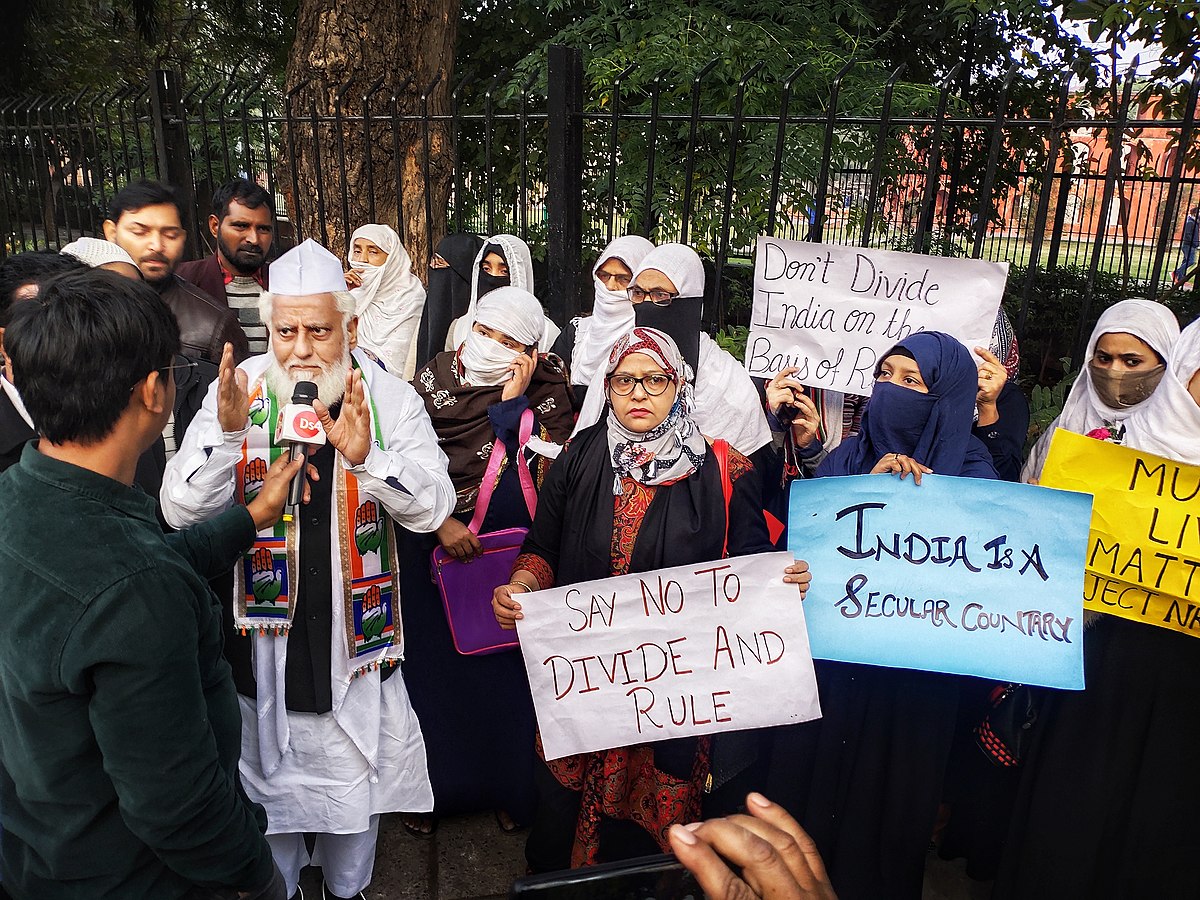 Managing Agitations and Mob Violence: What Went Wrong in Delhi

A part of the national capital burnt, possibly disrupting the social fabric that binds its people. It was not a flash mob of arsonists that suddenly went berserk. To an experienced police force, the likelihood of arson on the streets was definitely not unexpected. The author analyses the sequel of incidents and provides an insight into policing and the pressures that weigh heavy on the force. ………………………………………………………………………………………………………………………

As a retired policeman, I could only hang my head in shame when the North East Delhi flared up in communal violence, even before the world’s most powerful man, the POTUS, had left India, confused by the views of serenading crowds of Motera stadium in Ahmedabad and the rampaging, violent mobs of New Delhi.

Who failed the peaceful, law-abiding people of Delhi? The anti-CAA protesters of Shaheen Bagh, who had blocked a highway for months together inconveniencing other citizens? The police who failed to clear these protesters in time to ensure free traffic flow, leading to cascading law-and-order problems and culminating in communal riots? The politicians who merely kept on playing with the public sentiments and stoking fears to suit their narratives for the Delhi Assembly polls? TRP conscious media that indulged in partisan coverage? The mobile-based networking that gathered crowds invisibly but effectively? The judiciary that took cognizance but delayed a timely decision on the controversial CAA?

Who is responsible for the destruction of NE Delhi and the loss of 40-plus lives? The consensus points to the favourite ‘whipping boy’, the police! Yet a dispassionate enquiry and analysis may lead to a different finding.

The Policeman is denounced by the public, criticized by the preacher, ridiculed by the movies, berated by the newspapers and unsupported by the prosecuting officers and judges. He is shunned by the respectable. He is exposed to countless temptations and dangers. Condemned while he enforces the law and dismissed when he does not. He is supposed to possess qualifications of a soldier, doctor, lawyer, diplomat and educator with remuneration less than that of a daily labourer — August Vollmor

August Vollmor was the first modern-day, reformer police chief in the United States. In the early 1900s he was the Police Chief of Burkley, CA. This century-old quote is valid even today and explains the demoralisation as well as deficiencies affecting police forces all over the world.

The core functions of the police can be broadly classified as:

Maintenance of Law and Order is the most difficult core duty as it pits the police against the normally peaceful and law-abiding citizenry. This duty is more arduous in democratic societies.

In a democracy strikes, protests and agitations are the recognized peaceful methods of projecting unresolved problems and ventilating grievances by people to the government. Generally, Indian people are peaceful and patient until perceived or actual injustice or sufferings cross their limit of endurance. Non-violent methods of agitation are our inheritance from the struggle for independence, including hunger strikes, non-cooperation with authorities or boycotts. Of late, however, economic/social disparities, unemployment, misgovernance, general disenchantment with state policies and neo-generational impatience have created a volatile situation and public order problems erupt near spontaneously. However, sustaining this spontaneity for longer periods needs a resourceful organization.

India has witnessed immense disturbances and violence since independence. In a liberal democracy, violent action, whether by governments or people, is unnecessary. However, we have seen social and political violence, communal rioting, caste wars, political assassinations resulting in widespread riots, leftist insurgencies in tribal areas, besides secessionist agitations and terrorism in the border areas of Kashmir, Punjab, and the Northeast.

Democracy is a peoples’ government where the interests and concerns of the people are paramount. Peoples’ representatives in a democracy have to anticipate and understand popular grievances and help the Government of the day peacefully solve them without making partisan political capital out of them. Public issues agitating people could be economical, social, religious, caste-based or grievances arising out of unfulfilled promises by the govt/agencies, corruption or misgovernance.

Timely, sympathetic and negotiated settlements of issues are called for. There is no space for authoritativeness or forcible suppression of agitations. There is no scope for provocations or revenge, either on the part of the administrative machinery or the agitators.

Demonstrations in a democracy are supposed to be pre-planned (with police permission) and peaceful. Stoning, violence or arson should be avoided. The rowdy demonstrators and anti-social elements must be controlled by the leaders or booked by the police. Explosive situations must be diffused timely, in the interests of peace, tranquillity, business and economy.

Ideally, there should be no bad blood between the protestors and the law enforcement agency as all the Government services are run on taxes collected from the people and so the Government servants are expected to be responsive to the peoples’ difficulties. Conversely, protestors should not breach the law or ventilate their anger and resentment on the police that protects life and property, maintains law and order and books the criminals and anti-social.

Mob attack on other citizens, especially the police, is the ultimate defiance of state authority. Such attacks and destruction provoke the police to use force – lathi-charge, tear-gassing, firing to disperse the unruly mob that has been instigated by anti-social and hostile elements. Use of excessive force is highly undesirable but most of the agitations start peacefully against a perceived/real grievance and deteriorate into a confrontation between agitators and police forces. Leaders and politicians fish in troubled waters and incite the agitators that only violent agitations get media attention to deliver results. The govt. agencies responsible for the grievance are missing, leaving the police to hold the baby. Everyone forgets that the police, at best, can perform a ‘holding operation’ giving the govt/agencies some time to resolve the issue, rectify wrong orders or rescind them. The police are neither expected nor equipped to resolve the grievance that leads to agitations. Without such resolutions, the agitations are likely to fester; since the police is the only government agency confronting agitators, the police become ready targets.

Another challenge to the police is the all-pervading social media; how to deal with the (flash) mobs that turn out suddenly, without any visible organiser or leader? How to anticipate the agitation inspired by (self) righteous indignation organised through social networking and mobile-based media? Even the best intelligence agency may fail to monitor millions of mobiles and messages that go viral, instantaneously. Those who cry of intelligence failure or police inaction need to appreciate the inherent difficulties of modern policing.

In a hostage situation, it is now customary to have a negotiator along with the force to engage the hostage-taker and discuss his demands, without provoking him to harm the hostages. A popular agitation, inter alia, holds the society hostage to its demands. Hence the mere presence of the police is unlikely to stop any agitation. In fact, without an effective and visible mediation mechanism, the police are bound to invite trouble as their presence becomes red rag to the bull.

What we need is some non-police, acceptable interface to intervene with the restive youth, students or housewives that form the vanguard of modern demonstrations.

Right to assembly and procession

Article 19(1)(b) of the Constitution gives the citizen the right to assembly subject to some conditions: –

The assembly should be peaceful and without arms. The state can put reasonable restrictions on assembly in the interest of the nation’s sovereignty, integrity or public order. If the assembly continues despite legal prohibitions, it becomes unlawful and if its members use force or violence, it becomes Civil Disturbance.

The magistrates or authorized police officers can use sec. 144 CrPC, temporarily prohibiting persons from doing certain acts, even if they are perfectly lawful, such as carrying dangerous weapons, uttering slogans, restricting the use of roads or areas and imposing a curfew. In the exercise of powers conferred by Sec.20 CrPC, the State Govt. can transfer these powers to Civil Police. The Indian Police Act has provisions that can even penalize localities that indulge in wanton violence.

In this background, it may be fair to say that the police are only partly to blame for the disaster that was waiting to happen in Delhi. Without getting into politics (that was mainly responsible), let us examine the sequence of events. Even in the best of times, Delhi Police is known to be politically savvy. Here a senior cop, about to retire, burdened with a highly charged assembly election, followed by the VVIP visit by no less than the US President, was confronted with an escalating agitation. His (cop’s) vulnerability to political ‘dictat’ would have been obvious, especially if he was seeking a second innings after retirement. Many acts of omission and commission by the police, whether at JNU, Jamia or Shaheen Bagh can be thus explained.

There is no ban on the police entering university campuses and seeking permission of the VC is merely a convention for the normal times. The police in hot pursuit of suspects can enter anywhere as per the law. However, these events are under investigation and hence one need not comment any further on the role of the police in Jamia or JNU. However, when the Shaheen Bagh protesters had started gathering on the busy highway and blocking commuters, they could have been dispersed effectively by using cognizable sections of 283 (obstruction in a public way) and 341 (wrongful restrain) IPC. A stitch in time could have saved nine!

There were hate-speeches galore during the period leading to riots made by various protagonists, not just in Delhi but all over India and the court of Justice Muralidhar had to ask the police on 26 February to take the advice of the Solicitor General and make a “conscious decision” about why they should or should not register cases against the BJP leaders and any others who had made inflammatory speeches. Section 153A and Section 295(A) of the IPC could have been used timely, without fear or favour against the rabble-rousers. Though these cases are extremely difficult to prove, timely action could have prevented the vitriol from spreading all over.

Being the national capital, Delhi has the advantage of having head offices of all intelligence agencies and uniformed forces. The possibility of a communal riot during POTUS visit would have been considered and saturating NE Delhi where Shaheen Bagh protests were being replicated (Chand Bagh, Jaffrabad), with the police and para-military forces could have been comparatively easy. It may be recollected that in 1987, Hauz Khas Mosque riots could be stopped on the second day as the police used effective fire to down 12 rioters. There was violence in Delhi air as some trouble was reported in Turkman Gate and on 17 December, ACP Rajbir Singh was assaulted by miscreants. Timely deployment could have pre-empted riots and saved lives of Head Constable Ratan Lal, IB official Sharma and nearly 50 civilians.

However, all the above police actions were like treating symptoms, rather than the disease. Shaheen Bagh protests are still on. Even SC-appointed interlocutors have not been able to break the impasse as the issue of CAA is too contentious and now, controversial. The Supreme Court has refused to put a stay on the Citizenship Amendment Act (CAA) and said that the court will set up a five-judge constitution bench to hear various petitions filed against the contentious citizenship law. The pleas may come up for hearing in March. Till then the issue that plagues Delhi, would keep simmering. A judicial pronouncement and its acceptance by the protesters and supporters of CAA will determine the peaceful coexistence of both, not merely the police deployment. The politicians will have to rise above divisive politics in the interests of the country.