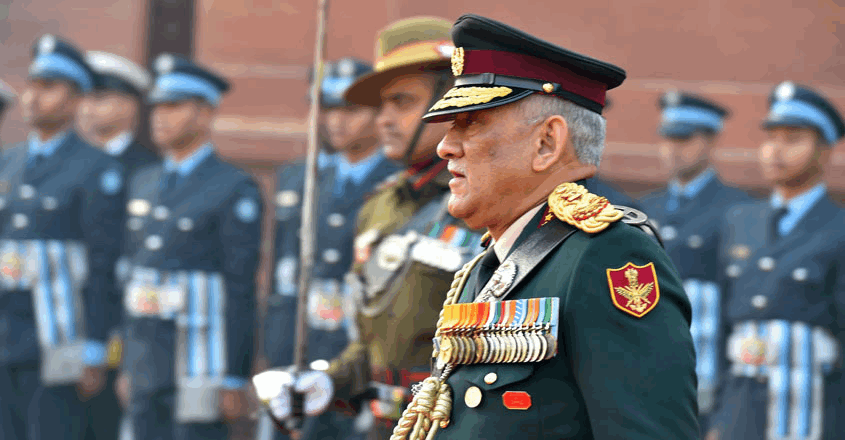 The Prickles of Theaterisation of Commands

The creation of the post of Chief of Defence Staff (CDS) by the government was a momentous step, however, the bigger challenge lies ahead as we undertake theaterisation of the Commands. We have our old mindsets and loyalties that could blur bigger issues. The top military leadership will also have to adapt to the technology-driven disruption in military affairs as it grapples with challenges that will crop up. The author analyses a few key areas in his article.

Mandate of the CDS

The clarity and intent of the Government of India to create joint/theatre military commands was evident in the PM”s speech on 15 August 2019 from the ramparts of the Red Fort, when he said that the entire military power will have to work in unison and it should be in line with the changing war and security environment with the world. Accordingly, it has been mandated to bring about jointness in operation, logistics, transport, training, support services, communications, repairs and maintenance, etc., of the three Services, within three years of the first CDS assuming office. He is also to ensure optimal utilisation of infrastructure and rationalise it through jointness among the Services. The mandate extends to promoting jointness in procurement, training and staffing for the Services through joint planning and integration of their requirements. All this is a precursor to the facilitation of restructuring of Military Commands for optimal utilisation of resources by bringing about jointness in operations, including through the establishment of joint/theatre Commands.

At the outset, it is hoped that the time span for creating Joint Commands is not the same two decades it took from the Kargil War to the creation of CDS. Ideally, the next conflict, when and if fought should be executed by a Theatre Commander. However, a lot of issues are being commented upon already by analysts. What will the form be of the Joint Commands?  Who will head which Command? What will the Division be between Army, Navy and Air Force? To my mind, such discussion is putting the cart before the horse. I will hence focus on those issues which will matter and pose real challenges to the establishment of Theatre Commands. The rest of the issues are peripheral.

If we desire Theatre Commands, the first step is to have a national perception of the military threat to India. The individual Service perceptions of an air, sea or land threat must go out of the window. Hence, the CDS will do well if he can outline a threat to the nation which will be a realistic one and not merely an additive output of existing Service perceptions and threats.  There must be minimalist and maximal scenarios as to how this threat will manifest itself in form, time and space in future and how it can vary with circumstances. Adversaries, their capabilities, intent and collusiveness will have to be factored in. This base document prepared in consultation with other organs of the Government and periodically reviewed by the CCS must be the sheet anchor of jointness.

Jointness in operation, logistics, transport, training, support services, communications, repairs and maintenance in three years is a government mandate. Ensuring optimal utilization of infrastructure and rationalization through jointness is the adjunct mandate. This means the reorganization of individual service organizations into joint inter-operable structures. This is going to be a major task. A lot of mental walls must be broken to get this done in three years. One must hack through a labyrinth of rules and regulations to come to one set of base rules. The start point, in my opinion, would be the Defence Service Regulations. These must be expanded post haste into rules and protocols for each subject being hammered into a joint system. For the military system which has not been known to be nimble-footed, reorganization is going to be a big ask.

The coming decade is going to be one of great change. The success of the PM’s initiative lies in how well we can manage this change to meet the aspirations of a growing India. A CDS has come in. A new military department has been set up.  A mandate has been given to usher in jointness in three years and facilitates theaterisation of Commands. If even an iota of this must be achieved, the rest of the MOD must play ball too. That means change. The change needed is the integration of MOD with Services. If ever there was a requirement of integration of the MOD with Services, it is now. If you thought the bureaucrat was out of place in procurement, he will be a complete fish out of water in this oncoming change. This is India’s Goldwater-Nichols Act moment. Unless the MOD is staffed by knowledgeable Service personnel, the macro change simply won’t happen. The additional danger in this entire story is that the newly constituted DMA should not become a competing bureaucratic department to the rest of the MOD. That will be a fracture. As it is our procurement channels are notoriously poor due to multiple fractures. If a parallel integration of the MOD with the rest of the Services does not take place, the entire effort will be disastrous.

Disruption in military affairs is happening through the ubiquitous entry of disruptive technologies into the battlefield. The rapidly emerging concept of Multi-Domain Operations, when examined holistically, indicates that the new domains are technology-heavy.  The way wars and conflicts are being fought or executed is changing fast. Future theatres will be multi-domain in time, space and form. There will be huge offsets with correlation aims, despite physical separation. In such an emerging environment, technology imbibement is an additional mandate which will have to be taken on by the CDS himself. He cannot transform the disjointed, lumbering and conservative Indian Military Machine into a lean and mean theatrised joint structure without technology. The real challenge will be as to how to inject technology into an evolving system which wants technology, cannot develop it, cannot afford it and appears always behind the curve.

The key to theaterisation of Commands will be training. We have an advantage. We have the NDA, DSSC, CDM and NDC which are true joint Service institutions. I do not know of another country which has such a structure. Unfortunately, the solidity of this base has not proven to be good enough for our military. In an era where we are seeking greater jointness, I see no other option but to train more on common platforms. To start with the Higher Command Course should be made joint. Even the Junior Command course duly modified could be conducted on a joint basis. The IN and IAF might cry hoarse. However, if we must integrate, we have to train more together at all levels.  All training on staff functions, intelligence, air defence, flying, surveillance, logistics, and maintenance should be on a joint basis on common syllabi.  The list can be expanded. This is the easiest start point since structures for this exist. It will reap good rewards in future if done with an open mind. As an extension of this, the HR issues need to be normalized. The concept of General Cadre as it exists today is outdated and designed to ensure the incompetent have a fair chance to reach the top by hook or crook.  On paper it is great but in operation, it is too biased. It needs a relook. It just won’t do in joint operations.

The biggest challenge to change will be internal to the Services. We are looking at how to meld two extremes. On one extreme we have an Air Force ‘dashing flyboy’ leadership which rarely identifies with its men.   On the other extreme, we have an Infantry predominant ‘boots on the ground’ Army leadership which cannot look beyond its men, its lanyards and deep-rooted regimental affiliations. They have a lot in common. They both have good intentions and have done well for the nation. However, they both feel they are the ‘ONLY’ in their respective systems and the rest are appendages. They have a fixated concept of how war is executed, no matter if it is not relevant to the times. A bit of the lone ranger mentality. They both have exhibited a clannish penchant for cornering goodies of their respective forces at the expense of others. They are extremely good at handling advanced technologies but poor at developing them. They refuse to understand each other. How these two extremities are made to shed their inhibitions and come together on a common platform to work jointly and serve under each other is a great challenge. Both need to be brought to the centre of the road. The CDS has a job cut out!

Presently it is ok to say that the CDS will not exercise any military command, including over the three Service Chiefs. As we move towards joint commands, the theatre Commander will be more responsible to the political leadership through the CDS. At that stage, the Service Chiefs will be more like DGs of line directorates who provide the wherewithal for the Commands to fight. Also, if theatre Commands must come in, at some stage, the CDS must be empowered with a Military Secretary who will look at career progression, promotion norms, and other issues through the colour purple. Sooner or later, the government will have to relook at this issue, and it can wait till then. However, the government must be open to this idea and not continue to be rooted in that Idea that the CDS will never have a Command Role.

In conclusion, all that can be said is the CDS is in. Theatre Commands are in the offing. However, the heralding of the theatre commands will be largely contingent upon how much jointness is built in the first three years by General Bipin Rawat, being the first CDS as mandated by the government. It is also very important to understand that a joint service structure cannot evolve through a disintegrated MOD. Hence, a parallel integration of the MOD with the services is necessary. Finally, to have a good military structure to cater for the changing security environment, it will not be a bad idea to start from the first principles and build from there. As it was sung in that classic ‘Sound of Music’ – let’s start at the very beginning – a very good place to start – when you read you begin with ‘A B C’ and when you sing you begin with ‘Doe Ray Me’. So do not jump to ‘Fa So La Ti’!