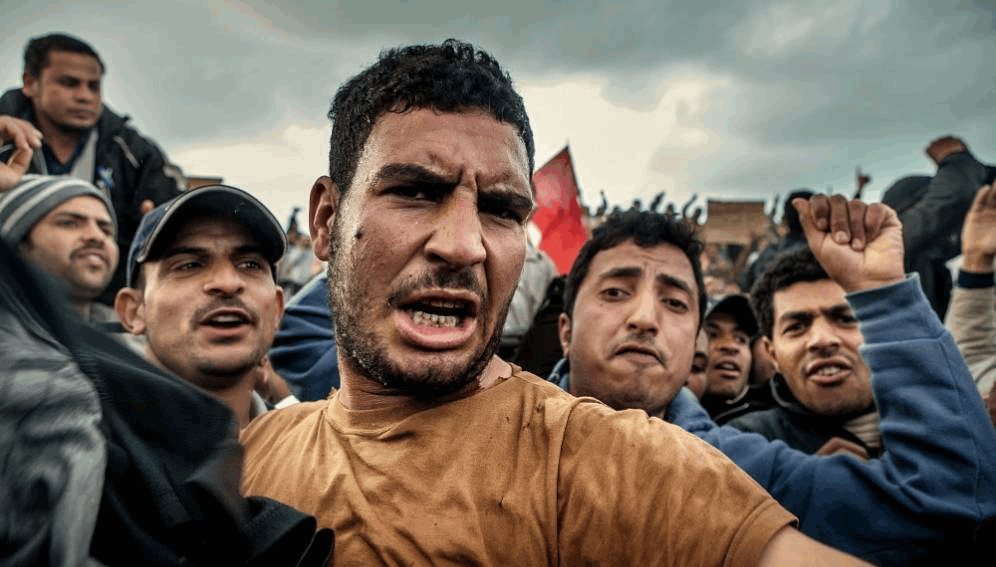 A lot was expected in West Asia when the winds of Arab Spring blew over an area that has witnessed very limited liberalisation in terms of democratic rights of citizens for ages. But, today, having been through a protracted run of protests and even violence, it’s mostly back to the old mores. The changes are limited to new rulers who have retained the old style quite distinctly. Libya was, and still remains one of the most affected countries. A state of strife has kept the country on the verge of disintegration for a long time. There are too many powers beyond Libyan borders who have stakes in Libya, thus complicating an already complex situation. The author provides a glimpse of the issues that create a violent situation.

The Arab Spring movement in 2011 saw widespread protests and demands for regime change in the region. From Tunisia, it quickly spread across its western borders to Libya, where corruption and 30 per cent unemployment were the main grudges of the Libyans against their ruler of four decades, Colonel Muammar Gaddafi. Due to excesses of the government forces on the protestors, the United Nations imposed not only sanctions but also a “No Fly Zone” in Libya, to help the civilians from indiscriminate attack by the Libyan Army. This uprising caused severe damage to the Indian, Chinese and Russian interests in Libya. 18,000 Indians were evacuated. Support from European and Arab nations resulted in overthrowing of the Gaddafi regime. It ended with the killing of Muammar Gaddafi on 20 October 2011.

Post Gaddafi, the Libyan hopes of 17 February 2011 revolution, of a modern, democratic, peaceful and developed Libya, remain a distant dream, till date.  The country has been sliding from one crisis to the other and national unity, the key to the realisation of the dreams of the revolution, is in tatters.

Since 2014, Libya has been divided between the UN-recognised Government of National Accord (GNA) run by Prime Minister Fayez Al Serraj which holds Tripoli and the Libyan National Army (LNA) which controls oil-rich eastern and southern Libya and the oil-exporting ports on the Mediterranean. LNA has now reached the outskirts of Tripoli.

General Haftar is the leader of LNA. He is a former close confidant of Gaddafi. He was given asylum in US when Gaddafi turned against him. He stayed in the US for 20 years and is a US citizen now. He returned to Libya in February 2011 and joined as one of the main leaders in the fight to overthrow Gaddafi. Needless to say, he is backed by the US.

Libya was a prosperous part of the Ottoman Empire before Italy wrested it. Libya gained independence from Italy in 1947. Turkey wants to have a friendly Libya mainly because of its interests in the East Mediterranean and its rich treasure trove of hydrocarbon reserves discovered there in recent years.It backs the GNA government with arms, military training personnel and of late has sent Syrian fighters allied with Turkey to Libya, to fight against Haftar’s LNA.

Egypt supports Haftar and his LNA. It provides air support to Haftar and generous administrative support to LNA. The defeat of GNA helps it to defeat the machinations of Turkey in the Eastern Mediterranean.

UAE provides Haftar with war material and financial support. Its Chinese Drones fly against Turkish drones. UAE has established a military base in 2016 at Khadim in eastern Libya. This is the base for its Drones and fighter aircraft.  It also provides mercenaries to fight for LNA.

Despite the UN backing, the Serraj Government in Tripoli, France is actively supporting the Haftar forces by providing air support and war material. Recently four Javelin missiles supplied by the US to France were found in a cache left behind by LNA, in a reverse against GNA. French Special Forces are located at Khadim and they use it as a base for counter-terrorism operations in Libya. France has prevented the EU from proceeding against Haftar.

Haftar has the US behind him and his LNA. In the UN, the US has blocked resolutions calling for action against him. In a recent statement, US President Trump praised Haftar and his LNA for eradicating Islamic State terrorists and for protecting Libya’s oil resources. Nonetheless, due to UN recognition of Al Serraj’s government as the legal power in Libya, US is in a quandary, in its wholehearted support to Haftar, though that doesn’t prevent it from providing air support in the garb of a strike against Islamist terror groups.

Italy, unlike its fellow EU member France, backs the GNA.EU tries to maintain a united front backing UN,despite the differences between France and Italy.

After its successful intervention in Syria, Russia has re-emerged in the Middle East as a major player. It has now thrown its lot behind the LNA. Russia’s Wagner Group is fighting alongside Haftar. The Wagner Group is a Kremlin-tied private military contractor. This has pitched Russia against Turkey, otherwise, one of Moscow’s key allies in the Middle East, today. Haftar has visited Moscow and held talks, with Moscow taking the initiative. Russia is of the opinion that Haftar and his LNA must have a say in the political settlement of the ongoing crisis. Russia has printed Libyan 20 Dinar banknotes and supplied them to banks in Haftar controlled eastern Libya. On 12 January 2020, LNA and GNA met at Moscow, in an Ankara-Moscow driven peace talks. GNA head Fayez al-Sarraj signed the agreement, while Gen Haftar left Moscow without signing the deal. Russia too has vetoed any action against Haftar, especially for human rights violations, in the UN.

These nations bordering the hotly contested southern Libya between GNA and LNA have become a haven for armed groups seeking rich pickings of war material and wealth, including the Chad rebels, in Libya. This is destabilising the entire region.

Stakes in this Conflict

Natural Resources: Libya has proven oil reserves of 48 billion barrels of oil which is ninth largest in the world and the largest reserves in Africa. Gas too is abundant. Gypsum also forms one of its major exports.

UAE: For a relatively small political entity, UAE’s economic ambition is considerable. Libya is a part of its economic outreach in Africa. The Emirate’s Dubai Ports World, a port operating authority which already manages ports in Djibouti, Somaliland and Algeria, seeks management of three major ports of Tripoli, Sirte, Benghazi and the seven smaller ones, all of which handle Libya’s oil and mineral export.

Turkey: It has invested billions of dollars in Libya since Gaddafi’s rule. If GNA loses out, not only does it lose its investments but it also loses out to the Greece-Cyprus-Israel-Egypt combine and suffers a massive loss of face in the East Mediterranean power play. In December 2020, Turkey and GNA agreed to share an “exclusive economic zone” stretching from Turkey’s southern shore to Libya’s north-eastern coast. Rivals to the deal say it is illegal and that it could disrupt trade and energy flows, if dispute translates to the altercation as is witnessed off the coast of Cyprus between Turkey, Greece and Cyprus, in the exploration of gas.

Italy: Italy and Greece have borne the brunt of illegal migrants from Africa. A disturbed Libya with its 1770 km coastline has encouraged human traffickers to step up their efforts. To counter this, Italy has supported GNA and provided the wherewithal to its Coast Guard to patrol the coastline effectively and funded detention centres.

USA: The US, with its hand full in Iran-Iraq-Syria, trade war with China, embargoes on North Korea and Venezuela and the forthcoming presidential elections, appears to be reluctant to be drawn into the Libyan conflict. It’s contended, for the time being, to assist Haftar with limited air support only.

Russia: In its re-emergence as a power to reckon with in the Middle East, it has, in Libya, working with both the GNA and LNA, thereby disrupting the intentions of its competitors in this region, less Turkey with whom it has joined hands to seek a solution to the Libyan problem. A friendly Libya will help Russia to gain in gas and oil development in Libya. In case Russia can install a friendly regime, it can gain strategic control of the Mediterranean, a major sea in the oil export route to the Western hemisphere. An ally in Libya strengthens its position in Africa, which is emerging as the next hub of economic trade, as economies develop there.

The Berlin summit of peace talks on 19 January 2020 was attended by high-level delegations from Russia, Turkey, France, Italy, UK, US, the UAE and others. The participants agreed at the summit to push the warring sides to a lasting UN-monitored ceasefire and respect the existing UN arms embargo.The Russia – Turkey driven truce of 12 January 2020 had earlier brought much needed respite to the civilian population, especially in Tripoli.

But the ceasefire is now under stress as the foreign players, in total disregard to the UN embargo, have started supplying war material to both GNA and LNA.

Haftar controls the major oilfields of East and South Libya. He has gained control of the all major oil-exporting ports too. This has caused a 75 per cent reduction in oil production. Till now oil installations have not been military targets for both sides but if Haftar tries to export oil, then they are likely to be targeted leading to an escalation.

India, a long-standing ally of Libya, has since 2011 evacuated majority of its workforce in Libya. When peace returns, it will again open opportunities for Indian companies involved in infrastructure, oil, health and education to seek business in Libya.