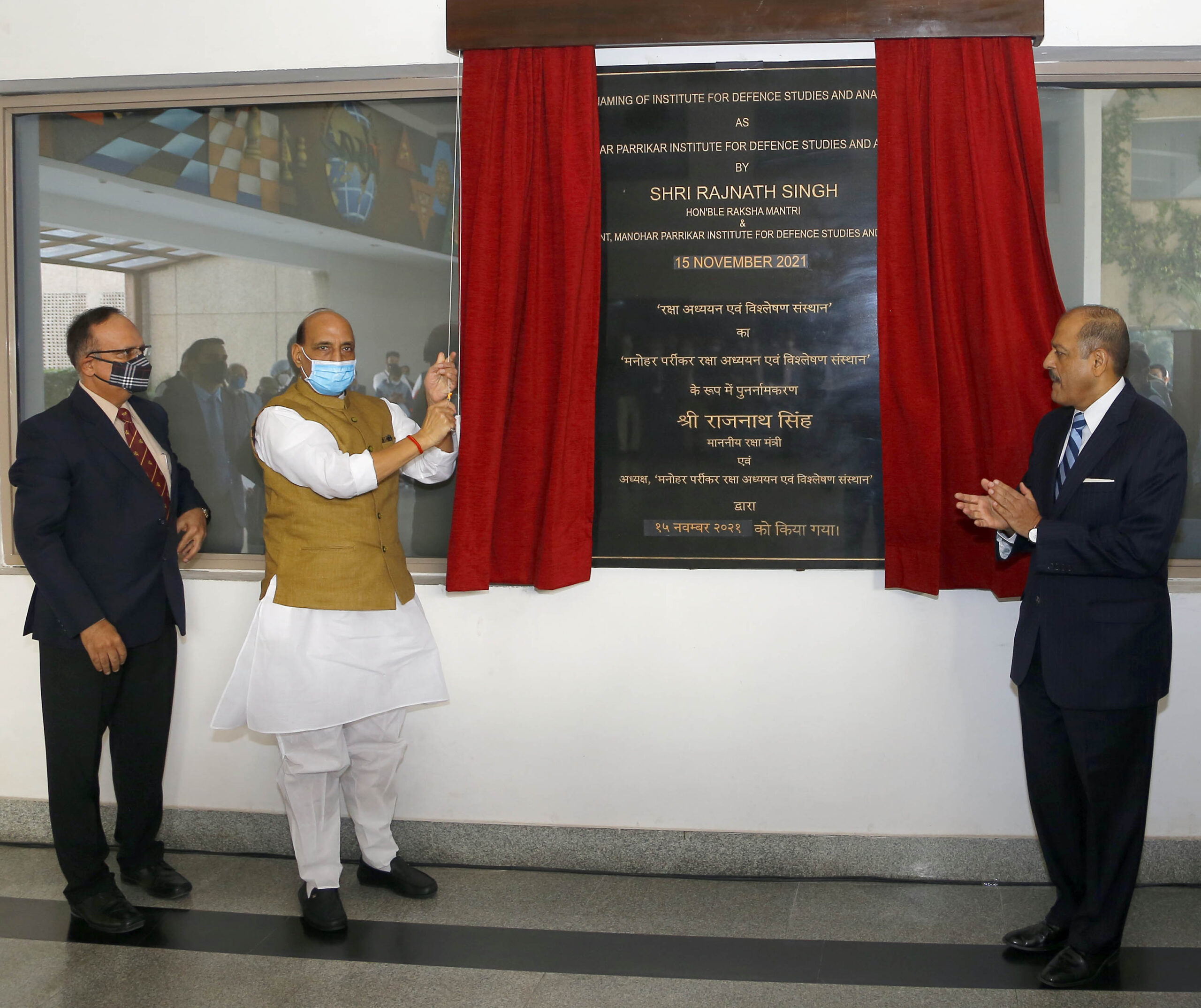 Manohar Parrikar’s Insistence on Indigenisation and Efforts for Politico-Military Synergy Made Him An Invaluable Asset: Rajnath Singh

Recalling his long association with Mr Parrikar, Rajnath Singh said, Parrikar ji had a deep understanding of matters related to defence and his insistence on indigenisation and efforts for politico-military synergy made him an invaluable asset. “He was a thoughtful leader for our Armed Forces. His leadership in the 2016 counter-terrorist strikes following the Uri incident and the decision of ‘One Rank One Pension’ taken in the interest of the Armed forces will be long remembered,” he added.

The Defence Minister lauded the hard work and determination of the institute which, he said, has emerged as one of the best think-tanks in the field of defence, national security and international relations in the last almost six decades. He described it as a unique institution, which has brought together the talent from academia and different research areas as well as government departments of many countries.

Rajnath Singh emphasised on the need to stay more alert and vigilant in view of the fast-changing global security scenario and invisible threats like the COVID-19 pandemic. He termed MP-IDSA as an invaluable treasure which can provide a new direction to the defence and security of the country. “All of you are studying from traditional warfare to non-contact and hybrid warfare and other concepts of war. But along with comprehensive national security comes high-end technological capability, a population with diverse skill sets and national economic strength,” he said.

Defence Minister called upon the institute to contemplate more deeply in areas of national security so that it can also be useful in the overall growth of the nation. He exhorted the institute, especially the scholars, to come up with new ideas in the field of research and policy making and contribute towards building a strong and capable India. He extended all possible support from the Government to achieve this objective.