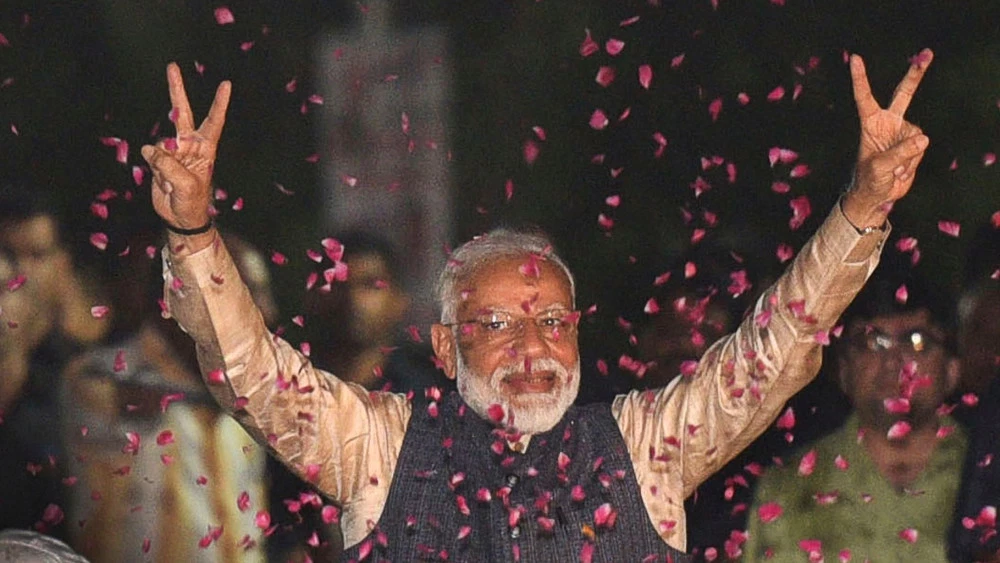 Riding a massive mandate on a plank of national security, the task for the Modi 2.0 government  is cut out in the defence sector. Setting the tone of the agenda for the new government the National Security Advisor Ajit Doval has spelt out the need to enhance the capabilities and professionalism of security forces as future challenges in the security and defence domain could be “grave”. Speaking a day before the poll results, the NSA said the agencies working for the country’s protection should “reinvent and upgrade” their technology prowess.

As the Modi 2.0 comes into being, it is expected that the new government will work on everything that could not to be accomplished or where work remains in progress, and reinforce areas where it achieved much. Though much was achieved in the strategic domains, particularly in foreign policy, India lags behind in military modernization and defence reforms. There are some pressing issues that will need to be addressed on an urgent basis such as an effective Pakistan policy to curb terrorism, Kashmir strategy, modernization of armed forces and the much-needed defence reforms.

Revamp in Management of National Security

There is a huge gap in comprehending the weaknesses in the security structure.  The resolution of strategic-level concerns through the integration of the Ministry of Defence (MoD) and Armed Services Headquarters (HQ) is long overdue. The MoD needs expertise from the Armed Forces and needs to be integrated with the service Headquarters urgently.

This critical issue has been hanging fire since 2001 when it was highlighted by the Kargil Review Committee (KRC) that went into the restructuring of the higher defence organisation. It recommended that “the entire gamut of national security management and apex decision-making and the structure and interface between the Ministry of Defence and the Armed Forces Headquarters be comprehensively studied and reorganised.” All that has happened is the renaming of service headquarters as ‘Integrated Headquarters of MoD’. HQ Integrated Defence Staff (IDS), set up in 2001, remains a lip service without the effective integration that the KRC had envisioned.

NDA-3 must take a cue from the Goldwater Nichols Act 1986 of the US Congress and pass a bill making all aspects of integration and joint functioning a legal necessity. This should include the entry of uniformed officers into the MoD, now being run by civilians who lack exposure in ‘operational military matters’.   Clearly, a huge disconnect between the two adversely affects the war-waging capability of the services.

The new government must also immediately appoint a Chief of Defence Staff (CDS) to provide single-point advice to the CCS (Cabinet Committee on Security) on military matters- delay on this key structural revamp in higher defence management on any grounds, be it the lack of political consensus and the inability of the armed forces to agree on the issue will be extremely detrimental to India’s interests. The logical next step would be to constitute tri-service integrated theatre commands to synergise the capabilities of the three services. Such a system now exists in all major powers. Even China has graduated to an integrated theatre system.

Currently, the concept of national security encompasses many more facets of security and is much more wide-ranging than merely the defence of territory. While there is a Defence Minister of Cabinet rank, most aspects of national security are the with the NSA. But the NSA is only an advisor to the Prime Minister not answerable to Parliament. It is all the more logical to provide constitutional status to the NSA. Being the Chief Coordinator between the three key ministries responsible for national security: MoD, MEA and MHA, the NSA should be given executive control over the external and internal intelligence agencies.

There is an urgent need to formulate a comprehensive National Security Strategy (NSS), including a strategy for internal security. The necessity of evolving a National Security Strategy (NSS) and publicly making available the unclassified part of it has been discussed ever since NDA-1. This would facilitate better strategic guidance and understanding of the critical questions like- how do we want to defend the country, what are our core national interests, and our strategy for meeting these requirements? Nations like the US and China have thought through and implemented their national security vision. It’s incumbent upon the new government to formulate a cohesive strategic doctrine that results in enhancing India’s militarily capabilities.

There is a dire need for inclusive defence reforms to revamp structures and organisations like Defence Research and Development Organisation (DRDO), Ordnance Factory Board (OFB), Directorate General Quality Assurance (DGQA) and others with the aim of achieving self-reliance in defence manufacturing and cutting down imports.

Issues of the defence budget, indigenisation, modernisation and procurement for the armed forces need to be addressed on urgent basis. The current defence budget needs a re-look as the interim budget reduced allocations in real terms. Modernization budget should be enhanced adequately so that new acquisitions can be contracted after meeting committed liabilities. Despite the best intentions and efforts of Manohar Parrikar, the procurement and acquisitions procedures remain cumbersome. The Ministry of Defence needs another Parrikar who can push the agenda of NDA-3 with missionary zeal. Openness to new ideas and respect for military professionals was Parrikar’s way and that is what the Ministry of Defence should attempt to do.