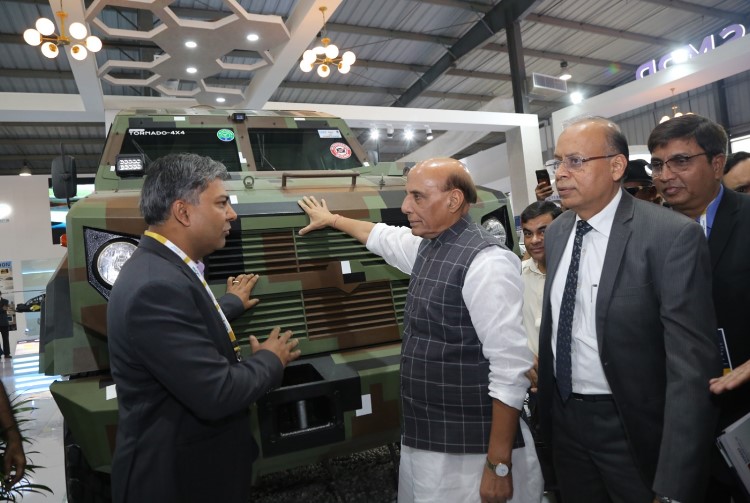 Four hundred and fifty-one (451) Memoranda of Understanding (MoU), Transfer of Technology (T0T) agreements worth Rs 1.50 lakh crore were signed during the DefExpo 2022 at Gandhinagar, according to the Ministry of Defence (MoD). Out of the 451, there were 345 MoUs, 42 Major Announcements, 46 Product Launches and 18 ToTs. The contribution of Gujarat was 28 MoUs and one Product Launch. Indian Air Force and Hindustan Aeronautics Limited concluded a contract for 70 HTT-40 indigenous trainer aircraft worth Rs 6,800 crore.

During the valedictory function of the 12th edition of DefExpo at the Mahatma Mandir Convention Centre, Defence Secretary Ajay Kumar informed that it had broken previous records in terms of business generation.

“This was the most outstanding defence expo ever. It saw the highest number of exhibitors and tens of thousands of business visitors. The extent of business this defence expo has generated has surpassed all the previous records,” said Kumar.

“In the last defence expo, which was held in 2020 in Lucknow, 201 MoUs were signed. I am happy to report that 451 MoUs and agreements were signed today. It involves an estimated amount of Rs 1,53,000 crore,” added Kumar. 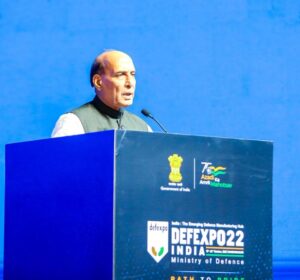 Defence Minister Rajnath Singh was also present on the dais during the function. The 12th edition of the Defence Expo was the best to date and heralded an era of empowerment for the Indian defence sector, said Defence Minister Singh.

“This is the beginning of self-reliance in the Indian Defence sector. This expo has shown that the future belongs to India. This expo has also shown that India will become a global defence manufacturing hub,” Singh added.

In his address at the ceremony, which culminated with three business days of DefExpo, the Defence Minister asserted that the 12th edition of the event has written a new chapter on the growth and prowess of the Indian defence sector. He termed it the beginning of a new era of self-reliance, in which a strong and prosperous ‘New India’ is ready to stand shoulder-to-shoulder with major world powers. The event’s grand success is proof that India is well on course to become a global defence manufacturing hub in the times to come.

Rajnath Singh emphasised that DefExpo 2022 served as a platform to enhance India’s defence cooperation with different countries and discuss issues of mutual interest. He shed light on his fruitful discussions with Defence Ministers of various countries, who actively participated in DefExpo, as also the successful conduct of the Indian Ocean Region plus (IOR+) conclave. He termed IOR an area of strategic importance for India and reiterated the Prime Minister’s vision of Security and Growth for All in the Region (SAGAR) to maintain peace, security, and prosperity in IOR.