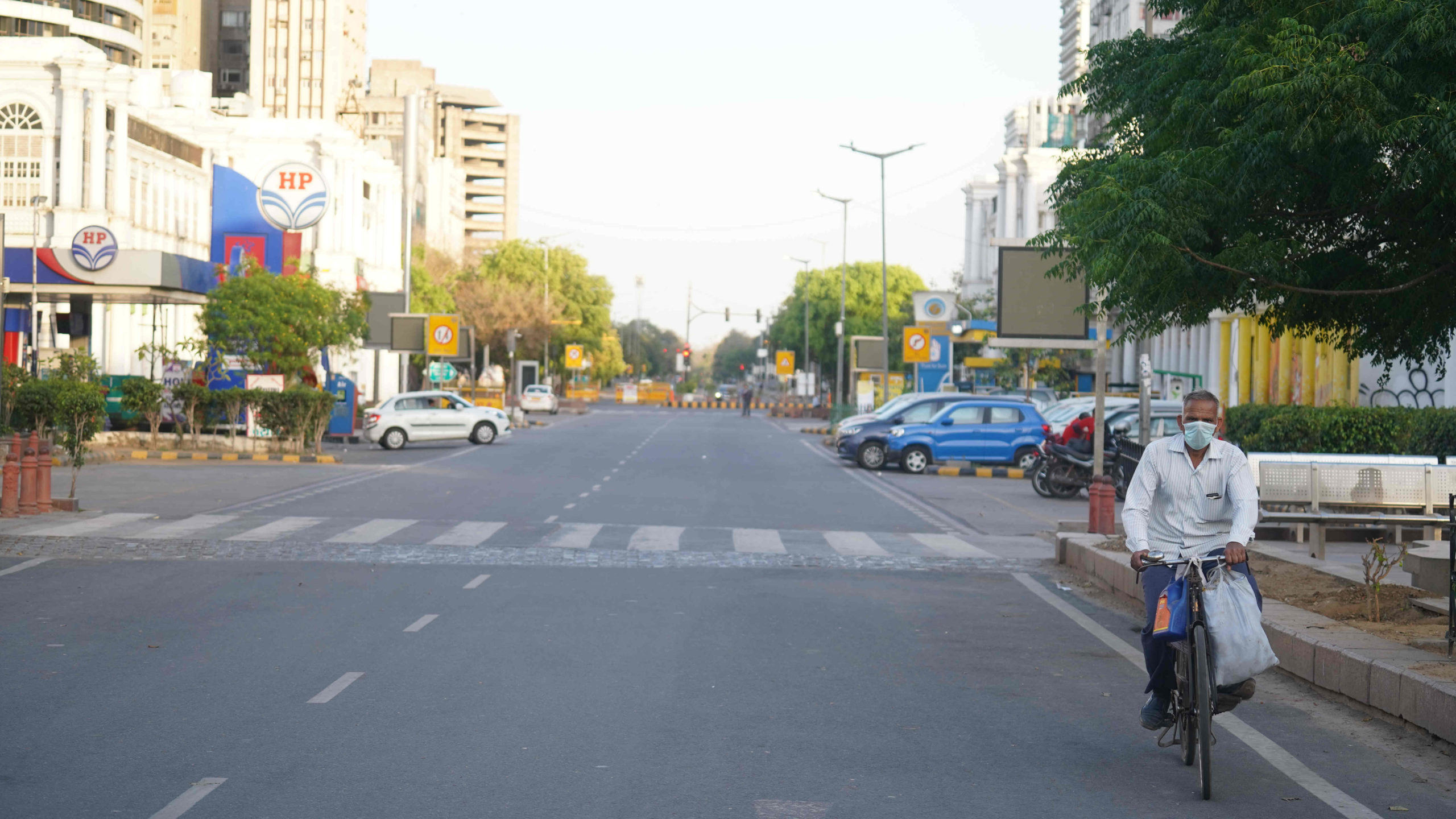 In an email to the author, Prof Robert Johnson, Director of Oxford University’s Changing Character of War wrote: ‘It is a very uncertain time, and perhaps one that is the most akin to the world wars in terms of the measures that are required. But the resilience of our nations is legendary. I have absolutely no doubt that we will pull through. Already we are seeing some benefits – greater altruism, determination to volunteer despite the hazards, a willingness to embrace teamwork and admit sacrifices for the greater good. The armed forces have much to teach our fellow countrymen in managing crisis. God bless India!’

While most of the ongoing prognostic and intellectual discussions revolve around the economic and societal consequences of the COVID-19 pandemic, it is only a matter of time before nations are forced to go back to the drawing board and revisit national security strategies and doctrines. Take the case of India for example. After weathering the economic crisis of 1991, brushing aside the adverse economic impact of the Kargil conflict of 1999 and several internal conflicts, the 2008 global financial crisis and more, the Indian strategic establishment had just started believing in the inevitability of India’s rise towards ‘leading power’ status. Consequently, it had also started revisiting concepts like ‘expansion of influence,’ ‘proactive deterrence,’ ‘No First Use (NFU) and the larger panoply of how it perceived the instrument of force as a critical element of statecraft.

During this period, its principal adversaries embarked on distinctly dissimilar strategies, not because of any synergised plan to undermine India, but due to their situational compulsions. While Pakistan continued its seven-decade-old policy of undermining India’s rise through covert and hybrid means, China created alarming asymmetries vis-à-vis India in almost every domain as a spin-off of its focussed long-term strategy of challenging the US as a global hegemon. As a result, achieving ‘Full Spectrum’ capability has been a recent aspirational demand of the Indian security establishment: a demand that has been slow to put in place even during the previous decade of 6-7 per cent growth.

In the wake of the COVID-19 pandemic, a quick assessment of adversary dynamics is essential before embarking on a recalibration of India’s security strategies. Though Pakistan’s economic fragility and its preoccupation with Afghanistan is likely to accelerate its descent into chaos, its military will not abandon its low-cost proxy war against India. At best, it may reduce funding to its jihadi proxies, exhorting them to keep the ‘pot boiling’ through lone wolf attacks and activation of sleeper cells. At worst, it will continue to offer extensive support to the infiltration by Jihadis whenever the opportunity presents itself irrespective of the global security environment.

A case in point is the continued infiltration over the past few weeks even as the COVID-19 pandemic is sweeping across the sub-continent. The recent firefight in the Kupwara sector where a brutal firefight resulted in the neutralisation of five jihadis and the loss of five Special Forces personnel from the Indian Army, is reflective of the traditional irrationality that afflicts the Pakistani Deep State. Adaptability and effectiveness rather than old-school efficiency will be the need of the hour as there can be no let-up in sharpening deterrence through continuous denial and ‘limited, precise and swift’ intelligence-backed coercive capability.

Jihadi extremism globally may well be starved for funding but it has the resilience, doctrinal fervour, irrationality and the self-sustaining momentum to weather the current storm. India cannot let its guard down and must continue to look at a combination of hard and soft strategies to minimize its impact on the state.

China will be equally complex. It will, without doubt, pay a heavy price for being at the epicentre of the pandemic. Its muscular global aspirations will take a heavy hit and should the Chinese Communist Party face an internal challenge, it could take the route of diverting public opinion through a small localised conflict on its periphery much like Mao did in the late 1950s when faced with a famine. Or it may adopt the more moderate and resilient Deng model of ‘weather the storm, absorb the shock and wait for the right time to resume its rise’. However, should the Communist Party manage to survive under the leadership of Xi Jinping, which probably it will, India could see the easing of tensions along the LAC and even the possibility of a comprehensive border agreement?

Flexibility and seizing the initiative should be the hallmark of Indian statecraft as it is possible that China’s security response mechanisms will be dictated by the extent to which India recovers from the impact of the pandemic, and whether the former sees a window of opportunity to weaken the India-US strategic partnership. There will certainly be a great deal of introspection within China after the pandemic passes even though current posturing from Beijing points at a bravado and global outreach that may well be skin-deep. Deng Xiaoping will be remembered more than ever and China could look inwards for a while, as will most countries and this may not be bad for international security at large.

Does this entail a major recalibration for India? – certainly not in the border connectivity and infrastructure space as these have concurrent development and integration potential, nor in the maritime, cyber or space domain, and in any case, big ticket initiatives like a futuristic aircraft carrier and the mountain strike corps is off the table! The battle with China over the next decade will be in the mind!

India’s biggest security challenge in the post-pandemic decade though not as acute as China’s will be in the internal security space – terrorism, extremism, insurgencies, migration, water, identity crises, conflict arising from unemployment and several other new areas that would emerge under the basket of ‘non-traditional threats.’ These would demand increasing synergies between all the instruments of statecraft, improved public discipline and consciousness and a ‘whole of government approach.’

Shrinking or static budgetary support will severely impact capability building if the Indian security establishment holds on to existing operational dogma. It has no choice but to ‘do more with less,’ seriously reflect on right-sizing or even downsizing, and make ‘new rules of engagement in a complex world’ as retired US Army General Stanley McChrystal argues in his book ‘Team of Teams.’  While India’s armed forces have a stellar track record in secondary tasks like civic-military action, HADR, evacuation of Indian citizens and other roles in support of governance mechanisms, due care must be taken to ensure that the services do not lose core capabilities during a period when they are bound to be called upon to contribute to the war on the pandemic.

With transformation being high on the agenda of the CDS, adaptability, embracing the knowledge society and re-learning with humility, recognizing and nurturing intellectual capital, innovation and cutting through the information clutter would be new demands on senior military leadership. Why the military only? It applies now to the entire national security architecture if India is to cope with its reassessed and recalibrated national security dilemmas in a world that may be unrecognizable in the aftermath of the worst crisis it has faced since WW-II. Indian security planners need to put on their thinking caps even if the end of the pandemic is not in sight! For the moment, it is not just a battle against the COVID-19 virus but a multi-front security conundrum that faces the Indian strategic establishment and it’s military.

Air Vice Marshal Arjun Subramaniam is a retired fighter pilot of the IAF, a military historian and strategic commentator.

Air Vice Marshal Arjun Subramaniam is a retired fighter pilot from the IAF who has flown MiG-21s and Mirage-2000s. He is also a military historian, academic, strategic commentator and mentor. He has been a Visiting Fellow at Harvard and Oxford universities and Visiting Professor at the Fletcher School of Law and Diplomacy, Ashoka and Jindal Universities. He has lectured extensively at war colleges in India and the US and at a wide range of Universities and think tanks in the US and UK including Harvard, MIT, Georgetown University, Oxford, Carnegie Endowment, RUSI and IISS.