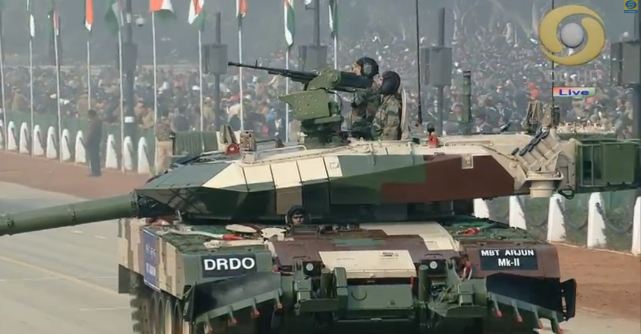 To be a world power one has to be self reliant economically and in the field of Defence manufacturing. Despite all efforts we continue to import 70 percent of our defence equipment. The new Government has instituted numerous measures in terms of Make in India, Defence Technology and Trade Initiative (DTTI) with the United States, a new Defence Procurement Policy (DPP) 2016 and working on a new Defence Procurement Manual, There is also a new approach with the Raksha Mantri listening to suggestions made by various agencies.

General V P Malik during the Kargil Conflict stated that we will fight with whatever we have, 17 years have elapsed since the conflict and we still have numerous areas where our projects are way behind schedule. A few of them are a rifle and carbine for the Indian Army. Further, the Arjun Mark 2 is being developed for the Indian Army with 89 upgrades with foreign assistance. The anti tank guided missile Nag has yet to clear User Trials. The Active Electronically Scanned Array (AESA) Radar for Tejas has still not been developed and there is a need to deliver 20 Tejas by 2018 to the Indian Air Force. This has to be combined with the proving of the naval version of the Tejas in another two years. Similarly, the AWACs programme for the Air Force is delayed. As regards the Indian Navy, the Arihant has reportedly been inducted. The stealth combat drone Ghatak and the Medium Altitude Long Endurance Rustom II are still under development. The Services depend on the DRDO which is not able to deliver due to limited budgets, technology denials and inability to master the skills of professional organisations like Atomic Energy Commission and Indian Space Research Organisation.

Need for indigenous development and the modus operandi

In operations only indigenous equipment is guaranteed as imported equipment could be difficult to replace due to strategic considerations. At the same time, there is a need for state of the art equipment in combat to win a tactical encounter. Our development agencies cannot produce such weapons

with a singular approach. Advanced technologies with regard to defence equipment are available with a few foreign countries. In the present globalised environment with lesser controls it is possible to obtain transfer of technology through negotiations. The major issue even when technology is obtained, is its pace of change. Accordingly, there is a need for speedy negotiation and absorption to avoid the product becoming obsolete prior/ close to its induction. Further, investing in modern defence equipment entails heavy initial expenditure with a long gestation period before income starts flowing in.

In the Indian environment, Government agencies have the capability of investing large amounts for developing a product and private industry has the ability to speedily absorb and produce an item, therefore a combination of the Original Equipment Manufacturer (OEM), the Government agency and the private sector would possibly be the pragmatic path to be adopted to enable a high degree of indigenisation. As stated often, public industries have the Know How and private industry provide the Know Why. 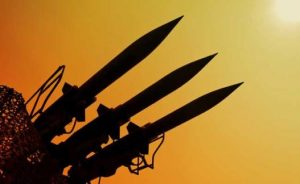 The concept stated has to be applied in a judicious manner to facilitate the indigenous manufacture of high technology products. The process can only be effective if a level playing field is provided where each agency can contribute effectively leading to optimisation of resources. The overall coordination of this activity will involve the active participation of the Ministry of Defence. The Ministry has set into motion a Defence Procurement Procedure (DPP) 2016, which has matured considerably and streamlined the acquisition process considerably. The procedure has a highly structured defence acquisition organisation, with the Raksha Mantri at the apex, a second tier under the Defence Secretary, with the Services represented by the Chiefs at the Defence Acquisition Council and the Vice Chiefs at the Defence Procurement Board. The Defence Acquisition Wing with the Technical Managers from the three services as well as the Finance Managers from the Defence Finance is the pivot around whom the acquisition process rolls.

The latest DPP-2016 has added the concept of Indigenously Designed, Developed and Manufactured (IDDM) as also Industry enabled Make procedure with enhanced funding and commitment to placement of orders. Further the Government has permitted defence exports and enhanced Foreign Direct Investment. (FDI). It is also creditable that export of defence equipment is easier.

Technology does not come in till the foreign partner is assured of his returns. More FDI enables the foreign partner to manufacture defence products in India which enables our companies to work conjointly at close quarters and gradually absorb their technologies. Accordingly, the Government of India has taken a bold step by liberalising the FDI in the Defence sector. This would encourage the Make in India Programme and create a level playing field for the domestic private industry and foreign industry. The step enables automatic FDI up to 49% for Defence product and 100 % with permission of the Government. Under this policy, there is no need for approaching Cabinet Committee on Security. The technology too, need not be exactly state of the art. There is a need for foreign capital to ensure higher investments in the Defence Sector. The infusion of this capital will gradually bring in technology, too.

The current enhancement of FDI would also enable DRDO to form collaborative arrangements for research and co development. DRDO could enhance research in critical technologies in a pragmatic manner with these companies who would be based in India. The private sector would find it a challenge as well as an opportunity. Collaboration works better with proximity and the private sector would exploit issues to our advantage by having greater interaction with these companies located in our country.

The moot question is will the foreign companies be willing to come to India? The answer is definitely positive as the Government has undertaken numerous measures to encourage foreign companies to invest in India. However, it needs to be ensured that foreign companies operating in India and manufacturing Defence equipment continuing to do so irrespective of Indian geo-political stance vis-a-vis their countries and governments. There has to be adequate assurance of these companies continuing with their business activities and deliveries irrespective of differences that the two sovereign governments may have.  Carefully crafted policies would be required to ensure that failsafe procedures are instituted to guard against these companies not honouring their commitments while operating in India. 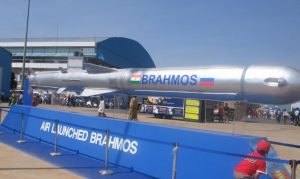 There are two projects which merit emulation. First of all the Pinaka Multi Barrel Rocket Launcher programme. The project was developed by the Armament Research Development Establishment, Pune and the launchers are being manufactured by Tata and Larsen and Toubro. The ammunition is being manufactured by OFB and as on date two regiments have been operationalised. An additional two more regiments are in the final stages of commencing induction.

The other example is the supersonic Cruise Missile BrahMos. It is a joint venture between India and the Russian federation. The Indian contribution is 50.5 percent and the balance is Russian. The missile is presently being manufactured jointly and gradually all components are being indigenised. While BrahMos is an Indo-Russian joint venture, a number of industries are involved in manufacturing components. The airframe is being made by Godrej, the composites are being made by Larsen & Toubro, the Inertial Navigation System is being made by Hindustan Aeronautics Limited and the on-board Computer System by Data Patterns. As on date, the weapon system has been inducted in the Indian Navy and the Indian Army. Recently, the missile has proved its steep dive capability enabling it to be deployed in the mountains. The air launched and submarine launched version is under development and is undergoing development trials.

The synergy between the user, the developer and the manufacturer with suitable coordination by the Ministry of Defence will pave the way for indigenisation of defence products. Further, in order to make it commercially more viable, exports must be permitted of selective items.