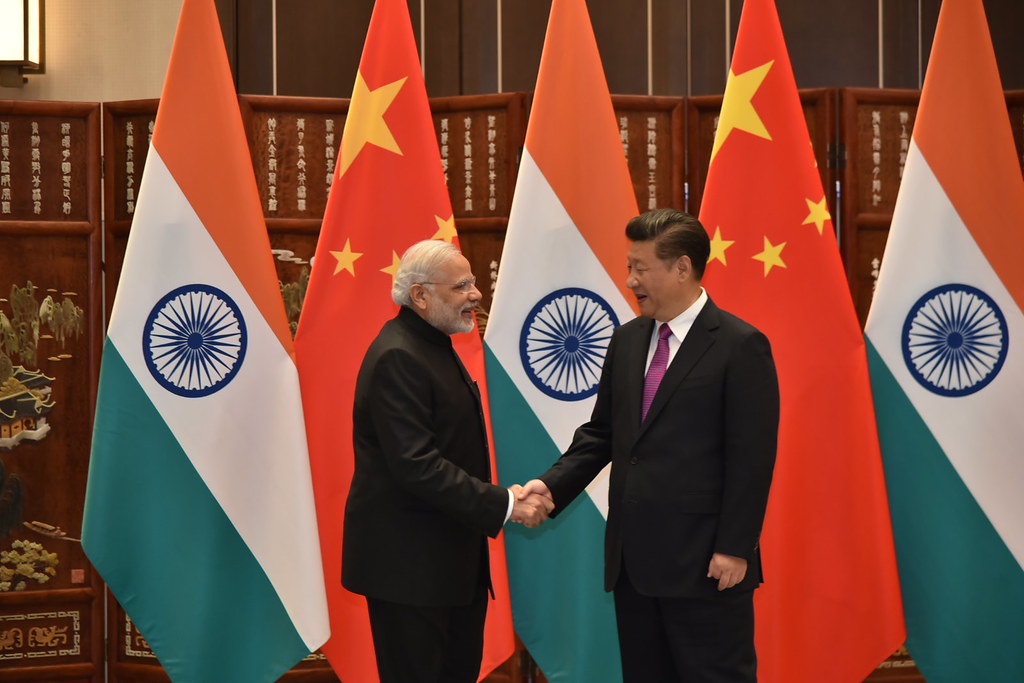 The number one concern for all the nations and people of the world at this moment ought to be how to prevent Russia from using tactical nuclear weapons in its ongoing invasion of Ukraine. With UN in comatose state and the West seemed determined to fight the Russians to the last Ukrainian; the danger of use of nuclear weapons is real. Instead of trying to douse the fires of conflict, the Americans seem to be pouring oil in the fire. US seems to feel that it can weaken Russia as well as effect regime change in Moscow to get a West friendly replacement of President Putin. In all this the West is playing a dangerous game of stroking fires of conflict that can turn nuclear if Russia becomes desperate.

With the status of ‘Great Power’ comes great responsibility. In the second decade of 21st century, China is already a great power while India, though lagging somewhat, is also getting there in terms of economic and military might. Both of these Asian Giants have a long civilizational history and have played a major role in world history in the past. Now is the time for the two to come together and save the world, notwithstanding their differences over border issues.

The invasion of Ukraine seems to have gone horribly wrong for the Russians. It is true that the US launched a similar ‘preventive’ war on 19/20 March in 2003 when it invaded Iraq under the excuse of ‘preventing’ Iraq from acquiring WMDs (weapons of mass destruction). Russia similarly launched its attacks on Ukraine to ‘prevent’ Ukraine from joining NATO (North Atlantic Treaty Organization) at some future date. These preventive wars are radically different from ‘pre-emptive’ wars when a country acts to forestall an imminent threat to its own security and is justified in International Law. In neither the case of Iraq nor Ukraine was any such threat posed to either the US or Russia respectively. The reason to bring in comparison with invasion of Iraq by the US is to show the utter hypocrisy of the West when it shows moral outrage at Russian actions in Ukraine.

Although the Iraq and Ukraine situations are comparable on moral/ethical grounds, on the issue of realism the two situations could be like comparing Apples with Oranges. In 2003 in face of American onslaught, Iraq found itself helpless and isolated. Ukraine on the other hand has gathered world wide sympathy and is being actively supported militarily by the US and NATO. Unlike Iraq, Ukraine has shown that it has capability to hit at the Russian targets. Iraq was geographically remote to the US while Ukraine is next door neighbour of Russia.

Russian war aims in invading Ukraine seem to have been to overthrow the Zelensky regime in Kiev and annex the Russian majority Eastern province of Donbas. Russia seems to have been encouraged in this venture by its ‘peaceful’ annexation of Crimea in February 2014. The lack of Western and Ukrainian response to this move was in line with the annexation of Abkhazia and South Ossetia that were part of Georgian Republic. But this time round Russia seems to have miscalculated the Western as well as Ukrainian response. Russian tanks dash to Kiev did not lead to collapse of regime. The West, this time round, rallied in support of Ukraine with military and economic aid. As long as the Western flow of arms aid continues, Russia will find it difficult to annex Donbas region and is likely to get bogged dawn in a protracted ground war. Ukraine has also shown that it can retaliate with strikes on Russian territory and on the Black Sea.

This is a war that Ukraine cannot win but Russia could lose. In this contest use of tactical nuclear weapons by Russia can force the Ukrainians, notwithstanding the Churchillian rhetoric of Zelensky. Russia may well use this as a weapon of last resort.

India and China have so far taken a neutral stance and have a degree of influence over Russia. In the Russia-China-India and BRICS  forums, these two countries have been co-operating on various global issues. Both India and China have also reached out to Ukraine on humanitarian ground and have no axe to grind unlike NATO. India and China must step up and urge immediate cease fire and convince Ukraine that no matter what ever the arms aid from West, it cannot win in a military contest with Russia. India and China must also urge the Russians the long term consequences for the humanity of use of nuclear weapons and danger of Russia becoming a pariah state. Implicit in this should be the threat of India and China also joining the rest of the world in economic/political boycott of Russia that may well happen through the UN.

Rather than a motivated NATO, India and China could be the real peacemakers in Europe. It is time that Asia asserts itself in interest of world peace. The past four centuries of European domination has seen only genocides (in North and South America of native populations) and industrial level killing of Jews in Germany plus the massacres of two world wars, essentially European enterprises. It is time for Asia to rise and take charge.