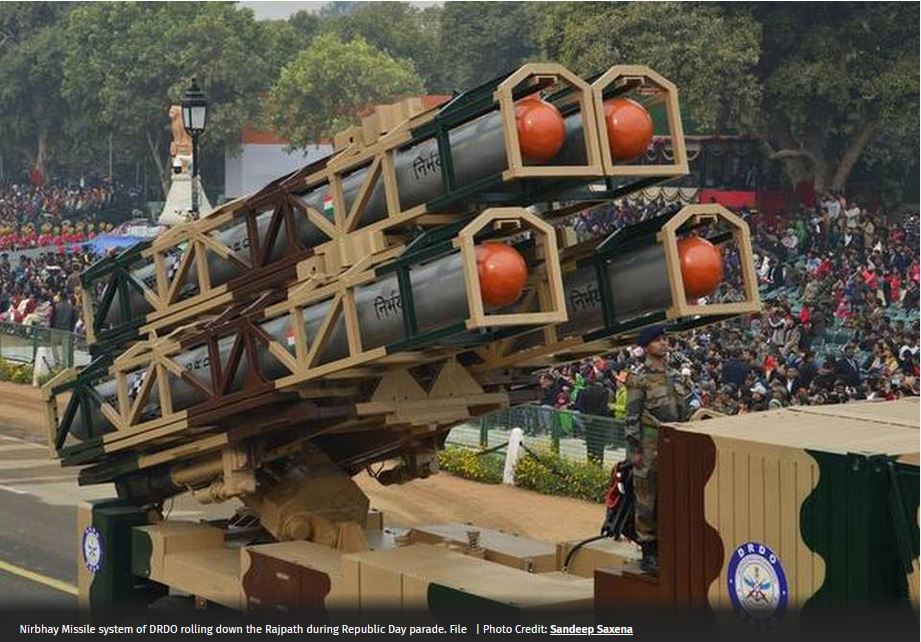 The Nirbhay subsonic cruise missile, having a range of around 1,000 km, developed a technical snag during a test firing on Monday at a facility in Odisha, forcing its developer DRDO to abort the trial, official sources said.

The missile was test-fired by the Defence Research and Development Organisation (DRDO) from an integrated test range in Balasore in Odisha at around 10:30 AM.

“Minutes later, the missile developed a technical snag following which the trial process was aborted. The DRDO is analysing all the details,” said a source.

The DRDO has already carried out several successful trials of the ‘Nirbhay’ missile since October 2014.Read more…