The issue of creation of a non-lapsable defence modernisation fund has been debated for long years in our context. However, the proposal has its own share of pitfalls. The accumulation of such a fund, essentially created from borrowings by a government already burdened by interest payments doesn’t make a case for the best utilisation of finances. When viewed in the context of under utilisation of funds regularly by the MoD, the case for a creation of a non-lapsable fund is further eroded.

The author presents the pros and cons of the case comprehensively and also reflects on certain pertinent issues not too often discussed in the public domain, to include possible reasons for under utilisation of funds, year after year by the MoD. Is it all MoD’s fault or is it orchestrated by the MoF behind the scenes?

It is not often that the Standing Committee on Defence (SCoD) is pleased with the Ministry of Defence (MoD). But this time around MoD has managed to gladden the committee’s heart by reviewing its more-than-a-decade old stand on creation of a non-lapsable fund. The idea is to transfer the amount that remains unspent at the end of the financial year to this fund. It will be used subsequently, as and when required, for capital acquisitions related to modernisation of the armed forces.

Admitting that the utility of such a fund cannot be negated, MoD has sent a proposal to the Ministry of Finance (MoF) on 9 February 2017 for obtaining ‘in-principle’ approval for creation of the fund, although, as observed by the committee in its thirty first report submitted to the parliament on 9 March 2017, MoF does not seem quite convinced of its utility. 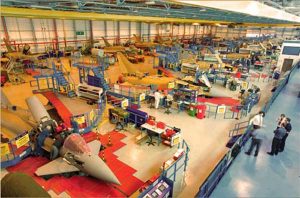 This idea has been doing the rounds since 2004 when the then Finance Minister announced creation of a Defence Modernisation Fund of Rs 25,000 crore while presenting the interim budget for 2004-05. The objective of the fund was to commit adequate funds for acquisition of equipment and weapon systems required for modernisation of the armed forces. Defeat of the government in the general elections that followed the announcement put paid to the idea.

There is no saying whether this time around the fund will actually get created. On the face of it, the chances do look bright for the political party that is currently in power is the one which had floated this idea in 2004. But it will be difficult to persuade MoF to agree to a proposal which lacks rationale and utility.

For one thing, the government does not earn as much it spends, making it necessary to borrow money. The revised estimates (RE) for 2016-17 envisage fiscal deficit (excess of total expenditure over the revenue generated, excluding borrowings) to be a staggering Rs 5,34,274 crore.

Going by the RE for 2016-17, the capital budget is likely to remain underutilised to the extent of approximately Rs 7,000 crore. If this amount were to be withdrawn from the Consolidated Fund of India and transferred to a non-lapsable fund, it would conceptually amount to borrowing money to keep it idle while government continues to pay interest on the borrowed money. This does not make sound economic sense.

The other option is not to physically withdraw the money from Consolidated Fund of India but to transfer it to the non-lapsable fund on a notional basis. This too has its own problems for the government will have to raise more funds in the subsequent years in which MoD may want to spend the money lying in the fund. 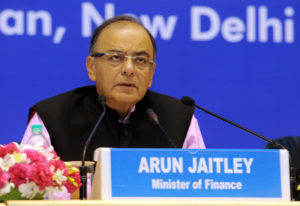 Not only will MoF have to be notified of this requirement fairly in advance so that it could raise the money but the appropriation of the amount in 2017-18 will also require approval of the parliament as a part of the budgetary process. (This has been brought to the notice of SCoD by MoF on many occassions.) What it clearly implies is that MoD will not have automatic and unfettered access to the amount lying in the fund.

More importantly, the difficulty in raising the money in the year(s) in which MoD needs to spend out of the non-lapsable fund will keep multiplying as the corpus of the fund grows.

There is a perception among many analysts that it is wrong to blame MoD/Services for underutilisation and that it is actually manipulated by MoF by delaying processing of the proposals that require approval of the finance minister or the Cabinet Committee on Security (CCS).

As per the current delegation of financial powers, procurement proposals require approval of the finance minister if the value of procurement is between Rs 2,000 crore to Rs 3,000 crore and that of the CCS if the value exceeds that limit.

Though there is no evidence of such machinations by MoF, but assuming that this is indeed the case, it is difficult to visualise how creation of a non-lapsable fund would put an end to it. The MoF could continue to delay processing of the proposals, unless the role it plays in sanctioning of specific procurement proposals is completely eliminated. This would neither be desirable nor feasible.

It is noteworthy that when asked by SCoD about the likely negative impact of reduction of allocation for capital expenditure in the RE 2016-17, MoD did not furnish details of specific contracts it will not be able to sign because of unavailability of funds, barring the contract for medium-range surface-to-air (MRSAM) for the Indian Army, entailing advance payment of Rs 1,579 crore.

The inference drawn by MoD that this case would suffer because of reduction of allocation in RE 2016-17 is difficult to accept. This proposal was under submission to the CCS in February 2017 when SCoD submitted its report. Thus it was yet to be sanctioned. Even if it has been/will shortly be approved by the CCS, there will be no requirement of funds to pay the advance during 2016-17 as it takes quite some time to sign the contract and for the supplier to furnish the bank guarantee for drawing the advance payment after signing of the contract.

It is also not as if no money was left under the capital budget after reduction of allocation in RE 2016-17. As per the SCoD report, approximately 25 per cent of the RE allocation (around Rs 8,000 crore) was still available for spending at the end of December 2016. There is nothing to suggest that there was no scope for making the advance payment for MRSAM contract out of this. If nothing else, the contract can be signed in the very beginning of 2017-18 against the allocation for that year.

While on the one hand SCoD has made a strong pitch for creation of the fund, it has also expressed its ‘disappointment’ at persistent trend of underutilisation of funds which are invariably less than the requirement projected by MoD. This, according to SCoD, ‘highlights the loopholes in the planning and budgeting exercise undertaken by the Ministry of Defence’. The committee further observes in the report that ‘consistent failure to utilise the allocated funds has also contributed to reduction in the Ministry’s budget allocations by the Ministry of Finance’.

This is bang on. Asking for more funds or transfer of unutilised funds to a non-lapsable fund, at a time when MoD is not able to utilise whatever funds are allocated to it, makes little sense, if it is on account of problems with planning and budgeting. These problems will not go away with the creation of a non-lapsable fund. On the contrary, this may lead to further inefficiencies in planning and budgeting. Whatever be the reasons for underutilisation MoD needs to address them.

At any rate, availability of funds for making advance or subsequent payments is not a pre-requisite for processing of procurement proposals. The inordinate delay in processing the proposals cannot, therefore, be attributed to allocation of inadequate funds. It’s this problem that MoD and Services need to focus on more than the vain pursuit of creating a non-lapsable pool of funds to harvest the unutilised funds.