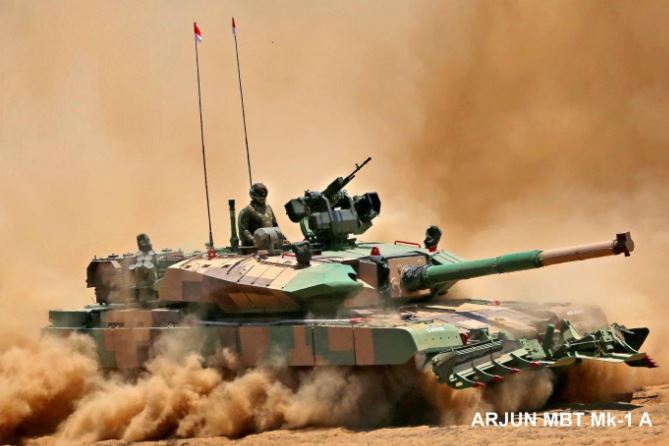 In a major combat boost to Indian Army, the Ministry of Defence (MoD) placed an order for 118 new Main Battle Tanks (MBT) Arjun Mk-1A, which has superior firepower, all-terrain mobility and multi-layered protection by an array of advanced technology systems compared to older models. Arjun has been in use with the Army for the last 15 years.

The new tanks, developed by Defence Research and Development Organisation (DRDO), will be manufactured at the government’s Heavy Vehicles Factory (HVF) in Chennai. The order is worth Rs 7,523 crore.

The government said in a statement that the new variant of the MBT has 72 new features and more indigenous features compared to the Mk-1. Prime Minister Narendra Modi had handed over the MBT Arjun Mk-1A to Army Chief General MM Naravane in Chennai on 14 February this year.

“The state–of-the-art MBT Mk-1A is a new variant of Arjun Tank designed to enhance fire power, mobility and survivability. Infused with 72 new features and more indigenous content from the Mk-1 variant, the tank would ensure effortless mobility in all terrains, besides precise target engagement during day and night,” the statement said. 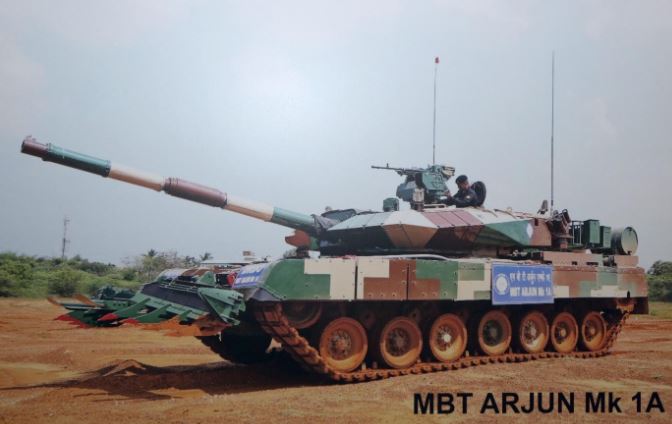 It said the DRDO designed it “by incorporating numerous upgrades on Arjun MBT, the in-service main battle tank with the Indian Army”. It can take on the enemy during day and night conditions and in both static and dynamic modes. By virtue of these capabilities, this indigenous MBT proves to be at par with any contemporary in its class across the globe. This tank is particularly configured and designed for Indian conditions and hence it is suitable for deployment to protect the frontiers in an effective manner, the statement added.

The government also said that the production of these tanks will open up avenues in defence manufacturing for over 200 Indian vendors with employment opportunities to around 8,000 people. This will be a flagship project showcasing the indigenous capability in cutting edge defence technologies, the statement said.

The MBT Arjun Mk-1A has been designed and developed by Combat Vehicles Research and Development Establishment (CVRDE), along with other laboratories of DRDO within two years (2010-12). The development activities commenced in June 2010 and the tank was fielded for user trials in June 2012. It took only two years to develop and field the MBT Arjun Mk-1A for user trials after the user requirements were finalised. Extensive trial evaluation was conducted in various phases covering over 7,000 km (both in DRDO and user trials) of automotive systems and substantial firing of various munitions were carried out during 2012-2015, the statement informed.