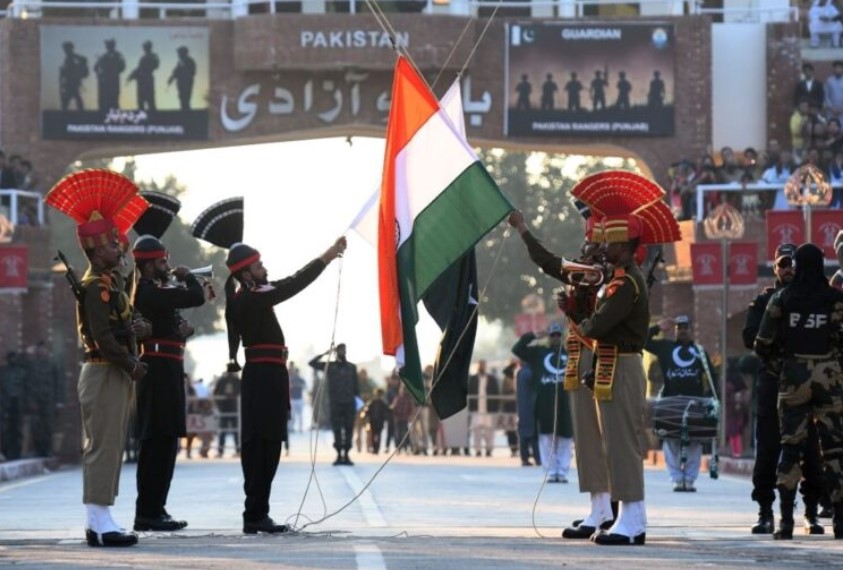 The Pakistani establishment, as per reliable sources, is on the verge of unleashing a global campaign to malign the Indian government again on October 27, the day Indian Army troops landed in Srinagar in 1947 to protect Kashmir from rampaging Pakistanis.

For a couple of years now, the Pakistani establishment has been trying to mark October 27 – which is also celebrated as ‘Infantry Day’ by the Indian Army to commemorate the landing of 1 Sikh Battalion in Kashmir 75 years ago – as ‘Black Day’.

The blitzkrieg against India, designed by the Pakistani ‘Deep State’, will involve audio, text and visual material that seeks to denigrate various aspects of life and administration on the Indian side of the Line of Control (LoC) in the Union Territory of Jammu and Kashmir, it is learnt. The content of the papers, seen by BharatShakti, will be distributed by the Pakistani diplomatic missions spread all over the world to various governments and think tanks. The activity is likely to be initiated any day.

In order to draw the attention of concerned establishments of international organisations, states and their agencies, the papers have been sub-divided under various heads like:

The voluminous collection has a clear footprint of the ISI/Pakistan Army, going by the scope and details it contains. The narrative about multiple aspects of life in the Union Territory is mainly based on statements of a minuscule number of dubious, pro-Pakistani individuals and organisations in Jammu and Kashmir.

The articles compiled in the papers have a clear bias. They seem to have at their core the objective of denigrating the Indian Parliament’s decision to revoke the special constitutional status of the erstwhile state of Jammu and Kashmir under Article 370 of the Constitution.

Most writings reflect pre-conceived ideas and are unlikely to have any intellectual value for researchers or scholars, and certainly not the common people.

The compilations have a vast void that’s common to all the papers. They do not draw a comparison between the Indian Union Territory of Jammu and Kashmir and life in the Pakistani-occupied J&K (PoJK). If such a comparison was undertaken in the Pakistani papers, perhaps a more lucid account could have been painted for the readers. It is a fact that Jammu and Kashmir are ahead by leaps and bounds compared to the PoJK. The utter poverty in the Pakistani-controlled area, the lack of civil infrastructure, a tottering economy, lack of education, health and other basic needs would shame any democratic nation. The free movement of terrorists, its effect on law and order, and the denial of freedom to the local populace are day-to-day experiences.

The Pakistani establishment, it needs to be understood, has been emboldened considerably since the Americans announced their decision to provide USD 450 million F-16 fighter aircraft sustenance package. Now, with the FATF having freed it from its watch list, Pakistani leadership feels its reputation as a responsible state has been re-established. The fact remains that its linkages with terror groups operating across its western and eastern borders continue to keep the situation in its neighbouring countries unstable. Such support includes moral, material, political, financial, and limited military operations by its own forces supporting terrorist groups.

Apparently, Pakistan has embarked on strengthening its strategy in Jammu and Kashmir by involving the global community more closely. What is being undertaken by the Pakistanis could be termed a ‘Misinformation Carpet Bombing’ of sorts. These papers may be released in a day or two when Islamabad presses the trigger. Pakistan hopes its avalanche of lies will swamp rational thinking across the globe. However, no country or institution will accept such biased reports without even an iota of truth or evidence. Pakistan may lose its credibility further in the bargain.