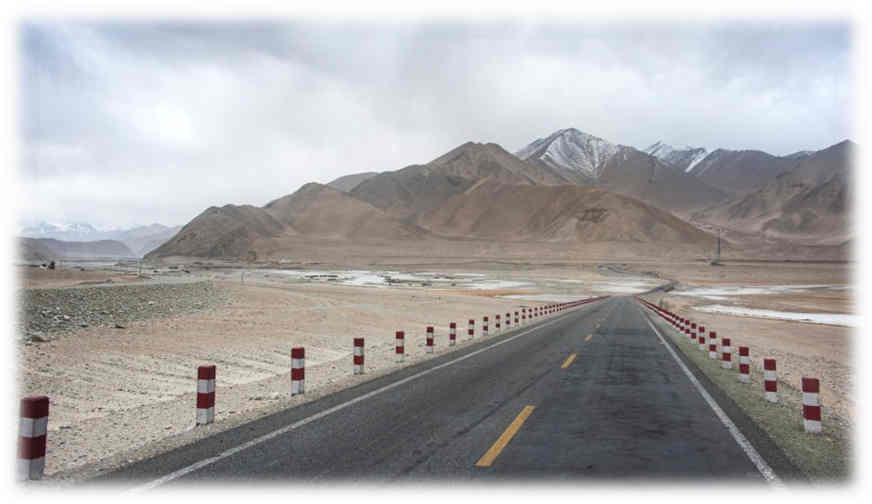 The China Pakistan Economic Corridor (CPEC) which was started with much fanfare in 2013 is now a ‘trillion-dollar blunder’. The project is marred by corruption, the opposition of the local population from Balochistan to Khyber Pakhtunkhwa and basic questions regarding its utility for the people of Pakistan.

The project, however, has great utility for the ruling cabal in Pakistan and more so for the Pakistan Army, which is manoeuvring to become the sole benefactor of money siphoned from the project. It is well known that most contracts of CPEC have been padded and granted to consortiums run by the Pakistan Army. It was also not a surprise when COAS General Asim Bajwa was appointed as Chairman of the newly created China Pakistan Economic Corridor Authority (CPECA) in November 2019.

The CPECA itself was established in October 2019 through an Ordinance thereby proofing itself from public scrutiny, since it gave sweeping powers to the Authorities. According to a report by ‘Dawn’, opposition parties including Pakistan Muslim League-Nawaz and PPP have already rejected the CPECA and termed it as a violation of recommendations of the concerned Parliamentary Committee.

The rot in the Pakistani system has the potential to manifest itself in many ways.  Recently, it was reported that 60 Pakistan Army officers, including three Generals, were dismissed for planning to mount a coup. The official reason cited for their dismissal was frivolous – using smartphones for encrypted chat. The dissent in the Pakistani Army is now visible, primarily due to involvement of the military in commercial ventures with consequential squabbling over MILBUS (Military Business Companies) contracts for CPEC.

When a project is infested with vested interests, it loses credibility. Its dividends for national interests also dwindle. An example is the decision to erect nine coal-fired power plants under CPEC. It could only have been agreed under pressure from the Chinese Communist Party. In a world where solar power and other renewable energy sources are being increasingly utilised and countries are shunning coal, there is no reason why Pakistan which has abundant sunshine should be erecting coal power plants in such numbers.

Globally, the tariff of solar energy has reduced greatly, thereby ensuring unhindered power supply to an increasing number of consumers. India recently commissioned Asia’s largest Solar Park in Madhya Pradesh with a capacity of 750 MW (larger than most of the coal-fired plants under CPEC) and has also achieved the lowest tariff of Rs 2.97 per unit. This clearly indicates that Pakistan’s silence on this issue is only to aid the CCP to sell their outdated heavy machinery and equipment for coal power plants, whilst lining the pockets of those with power and authority.

The national debt of US $80 billion on account CPEC is bound to pose a danger to the sovereignty of Pakistan in coming years; as has been the CCP methodology in numerous under-developed countries. Till then, the CCP will maintain a façade of Pakistan-China friendship whilst continuing to exploit Pakistan and market outdated items from its industries to Pakistan.  Pakistan’s debt burden is also being pushed up by the CCP on every available opportunity.

Imran Khan’s recent visits to China resulted in additional loans of $11 Billion, which are likely to be the last nails in the coffin. Two hydroelectric projects, which are part of this $11 Billion investment are planned in Pakistan Occupied Kashmir and are therefore unlikely to be completed. Balochistan also recently erupted in anger due to reports that the CPECA had extended the mining lease of a Chinese company for a further 15 years.

Xi Jinping is now all set to leash the hapless Pakistani government and Army and expand the CCP’s influence in Pakistan. The CCP will slowly poison Pakistan and other debt-ridden nations to make them abject vassals by 2049 when the CCP would complete 100 years of subjugation of the Chinese people (although this looks highly unlikely now).

The CCP is however realising the scale of its CPEC miscalculation – running projects across the restive provinces of Balochistan and Khyber Pakhtunkhwa, illegally constructing roads through the occupied Union Territory of Ladakh, and routing it thereafter through the restive Xinjiang province, where Uyghur Muslims are being traumatised.

Funding a nation well beyond their means with a low probability of repayment clearly indicates that the CCP’s intends to annex large chunks of Pakistani territory in the near future.  A perfidious puppet Prime Minister, who refers to Usama Bin Laden as a ‘Shaheed’ (martyr) and a Pakistan Army which shielded the world’s most famous terrorist, would only add to the woes of the CCP’s CPEC conundrum.

According to a Eurasian Times article on 4 July, “A new concern has now started to worry China. According to International law, China would not be able to develop anything in Pakistan Occupied Kashmir as it is technically a part of India as per the 1948 resolution on Kashmir”. It now seems very likely that the much-celebrated CPEC and its associated projects in Pakistan are but a ‘Road to Nowhere’.