Peace, Stability and Justice in South China Seas (SCS) and Role of ASEAN

South China Sea has been boiling hot for some time. The Chinese have been rough in their treatment of the smaller nations of South China Sea. It’s unilateral decisions to extend/create islands by dredging, and position military weapons and equipment on them has alarmed nations beyond the SCS, to include India to the west and Japan to the east. In fact, the Chinese are providing the best opportunity to the US for strengthening its relationships with the SCS countries.

How can the Chinese cope with the fallouts of the Permanent Court of Arbitration (PCA) judgement and what are the possible reactions of the ASEAN and US are analysed further by Admiral Shekhar Sinha.

PEACE, STABILITY AND JUSTICE IN SOUTH CHINA SEA (SCS)  AND ROLE OF ASEAN

Now that the International tribunal of the Permanent Court of Arbitration (PCA) ruling is pronounced, every country’s attention is on South China Sea (SCS) to see what is the next alteration in the geopolitical canvas of this vast region. After all, it affects peace, stability and trade worth five trillion dollars annually. 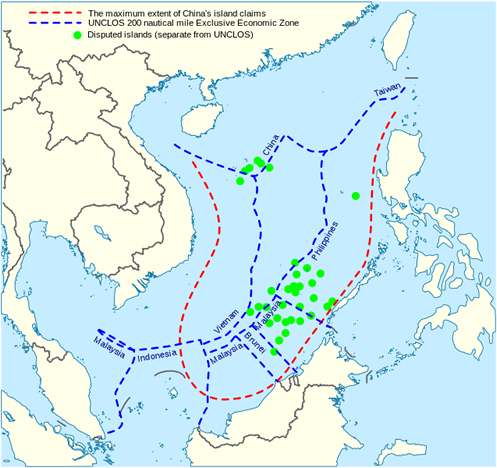 There are many expected reactions amongst ASEAN!

This judgement could invite more legal recourse by the balance of claimant nations Vietnam, Malaysia and Brunei apart from The Philippines. It is also possible that they could take a collective stand. The US will see an opportunity to take its bilateral relations to a new level and encourage these countries to lodge their protest in the PCA. At some point in time it may provoke Japan to take up issues on Senkaku Islands in the East Sea. Vietnam has called for lawful and peaceful solution and sovereignty over Spratly and Parcels.

Philippines has many options since the arbitration judgement is in her favour. China has been clever enough to finance the election of the present President Rodrigo Duterte in May this year. This investment will fetch the returns for the Chinese now. Manila has already announced that it is willing to sit with Beijing, discuss the Hague judgement and arrive at an amicable solution. It has saved President Xi a lot of embarrassment and he will in all probability hang on to the fig leaf.

Taiwan has already moved a frigate in the region as symbolic presence for her claim. This is relevant since the new President is known to be a China baiter. She herself came onboard the ship before it casted off. Also, the 9-dash line has its origin in the maps of Kuomintang before the communists drove the Kuomintang out to Taipei.

In preparation of the near certain outcome of the judgement, Chinese had been making grounds for nearly a month. 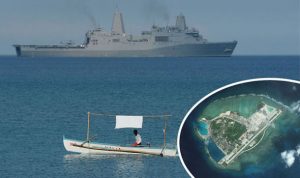 The US had begun Freedom of Navigation Operations and rejected imposition of Air Defence Identification Zone (ADIZ) by China in the South China Sea. It had also declared that the US will continue to sail and fly through and over SCS, as usual. These challenges were not contested by China except for rumblings and the usual rhetoric primarily for consumption of domestic nationalist Chinese citizen. On 6 July the People’s Daily questioned the locus standi of the US as an outsider in using the SCS dispute as a lever to realise its own strategic objectives. It warned the US against pressurising, intimidating and practicing a policy of brinkmanship that could lead to an outcome for which it will have to assume full responsibility. China’s intent to safeguard its national sovereignty and territorial integrity may be unshakable, the paper had opined.

The Global Times, on the 6 July said, “Even though China cannot cope up with the US militarily in the short term, it should be able to make the US pay a cost it cannot withstand, even if it intervenes in the SCS dispute by force”. China should, according to the People’s Daily, accelerate the build up of its defence capabilities and must be prepared for any military confrontation. However, China has a lot at stake which will restrict her over assertiveness in the aftermath of the PCA judgement. 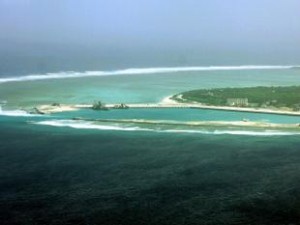 China is a rising power and it can hardly afford to have smaller nations in the neighbourhood allied to the US. China is learning now that big powers have competition and confrontation with big powers and not with smaller nations. It has to earn the respect of nations in the world to be regarded as a responsible big power. China has aspirations of Maritime Silk Route, and ASEAN countries are important littorals in the realisation of her dream. China cannot expect cooperation from ASEAN should it maintain a confrontationist stance on the issue of ICJ pronouncements.

China’s lack of experience in dealing with medium and smaller neighbours is a diplomatic challenge. The Chinese will have to deliberate this internally before firming up its actions. She has to strike a balance between her own interests and that of smaller nations and find negotiated settlements within the framework of international laws or else the US would have the room to intervene.

The G 20 summit is being hosted by China in September. Any adverse geopolitical fallout in SCS could impact her reputation; something the Chinese are most concerned about in the run-up to the September summit. 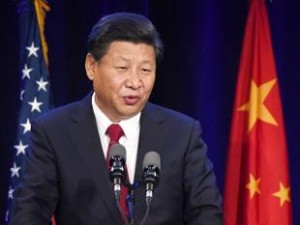 China also knows that UNCLOS is binding on the PCA and therefore it cannot deviate from the law. An outright rejection could prod other member nations to bring the matter to the UN General Assembly and in a worst case scenario, invite sanctions; the last thing China would like to experience. China has already stated that its government will continue to abide by international laws and basic norms governing international relations as enshrined in the UN Charter.

The Philippines and China would probably negotiate to keep Scarborough shoals open for fishing while Philippines could remove its marines from the Second Thomas Shoal, where they are just surviving in a derelict and crumbling old landing ship. Both could assure keeping the disputed area free of military ships and open for fishing while sovereignty remains disputed. This would improve the scope for greater Chinese investment and trade between these two countries and cool the context of their territorial disputes. Such an approach provides China a stronger position to negotiate with other rival claimants in SCS while retaining control of a part of Spratly archipelago.

China has already sounded a reconciliatory note by stating that, “Consultation with the states directly concerned,” and proposes joint development in relevant areas.

China also restated that, “It respects freedom of navigation and overflight enjoyed by all states under international law in the SCS”. China also stands ready to ensure unimpeded international shipping lanes.

Both US and Philippines will probably give some space to China to lick its wounds. President Obama has accommodated China on economic and trade front during his entire tenure of administration. This time it cannot be an exception. Possibly the verdict of ICJ will mellow China down and compel China to recalibrate her diplomacy with smaller nations while usual rhetorics will continue for the benefit of internal Chinese consumption.

What are the lessons which China has to learn? The autocratic governance model of China is at the root of her problems and it will continue to exist. There is no system of accommodating contrarian views or dissent. It prevents China from obtaining well deliberated and evaluated opinion in framing foreign policy. Had China participated in the International Tribunal for Law of the Sea, her own counterview could have been recorded. The Chinese Government did not seek any credible legal advice either. In an autocratic system, the Party head often decides on the course of action and expects that the rest of the country (even the world) will follow. Also, having been associated with UNCLOS from 1973 to 1982, China should have known the definition of EEZ and its applicability with respect to islands, reefs and rocks. That analysis needs to have evolved through a process of discussions and deliberations and could have lead to a more accommodative approach towards other claimants in SCS.

China also lacks a structured and sophisticated approach in foreign policy articulation. The 9-dash line or the issue of South China Sea is Chinese domestic history but there is no recorded history which the world can take cognisance of. Historical evidence, written at home, cannot form the basis of legal evidence in a world forum which follows rules based international legalities and practices. 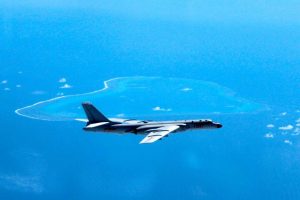 The Chinese attitude towards international laws is that these are parameters it can pick and chose to its own liking. While on one hand it threatens to walk out of UNCLOS, on the other it falls back on it when it comes to its dispute with Japan in East Sea. Even in the case of NSG voting against India, China talked about rules based approach. Apparently, the Chinese perception is that a smaller nation like the Philippines cannot take a big nation to court, and therefore China has been reprimanding her at every opportunity. This, in itself, indicates China’s lack of understanding and respect for a rules based world system. This is the limitation of her governance model.

China is yet to develop an effective method of communicating with the world. The country, a would be superpower, ignores the concerns of smaller nations and expects them to fall in line.

Chinese will, in all probability, continue to rattle ownership of SCS for the consumption of her nationalist domestic audience while it will go into a diplomatic huddle and negotiate with smaller claimants. Philippines has already extended a fig leaf of discussions, in spite of the PCA judgement, which China will grab with both hands and dissuade the other claimants from causing greater turbulence in the waters of the SCS. Any overreaction of declaring ADIZ, claiming transit rights, reclaiming new reefs and islands will invite isolation and possible sanctions which will not be in the interests of China which aspires to become a superpower and dislodge the US.

Whatever be the Chinese response, it’s a long haul ahead.